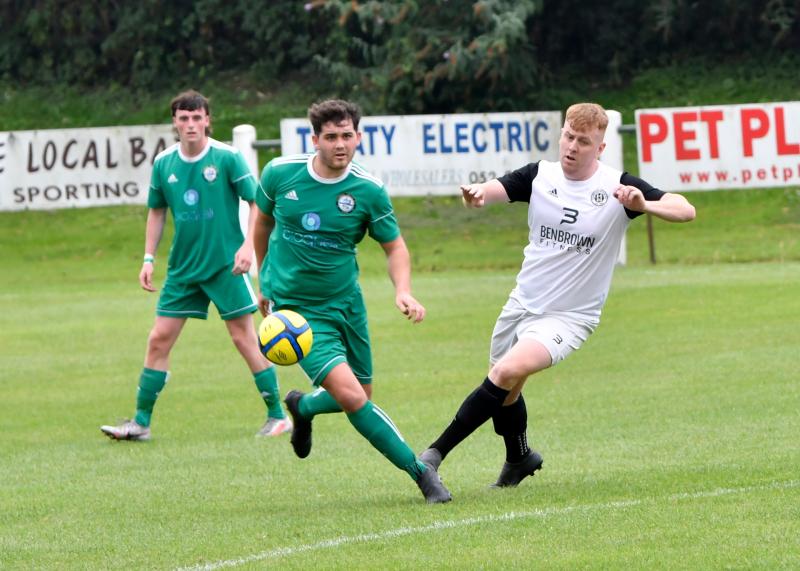 Clonmel Celtic’s interest in the Munster Junior ended on Sunday as they lost out by a single goal in five to local rivals Wilderness Rovers in feisty affair at Celtic Park.
Like the league game earlier in the season there was little between the teams and once again it was a last minute winner, this time in extra time, that decided the game. Rovers started the brighter and Celtic had Aidan Lonergan to thank as he brought off a brilliant double save to deny them an early lead.
The hosts got more into the game and hit the front on 17 minutes when Jake Forristal fired home after the visitors failed to deal with a corner.
The lead was short lived however, with Shane O’Meara levelling five minutes later. The home side had the better of the remainder of the half, and the teams reached the break level.
A long ball caught the home side seven minutes into the second half and Sean Browne took full advantage to put the visitors ahead.
Celtic fought back and on 72 minutes David Joyce showed some nimble foot work in the box to score and tie the game up at two all.
The hosts thought they had a vital third ten minutes later when Sean Hawkins fired home a quickly taken free kick but it was taken too quickly for the referee and called back. It was a typical derby at this stage with tackles flying in but neither side was able to find a winner as they tired in the latter stages though Aidan Lonergan in the Celtic goal twice denied Rovers with fine saves.
Tiredness was the main feature of extra time and just when it looked as if we were heading to penalties Sean Browne took control of the ball on the edge of the box and fired home a superb effort to the bottom corner to win it at the death for the visitors.