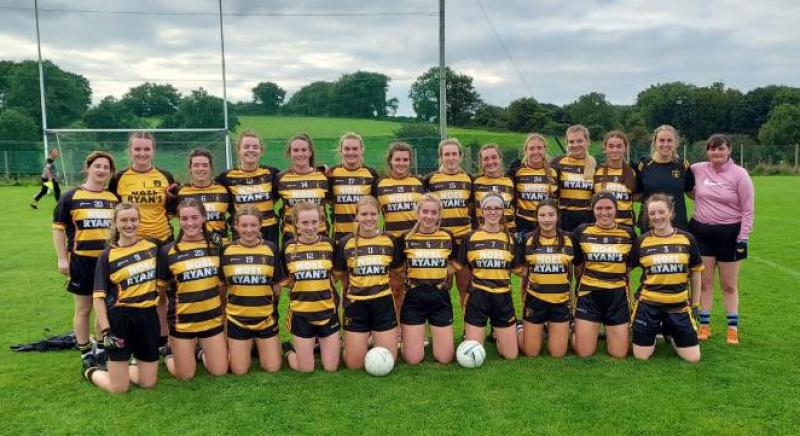 As the Tipperary Ladies Football Adult Leagues are now finalised we now move to our Adult Champoinships. In a new departure Camida will sponsor our Senior, Intermediate and Junior A Competitions Meanwhile, C V Financial will be sponsoring our Junior B, C and D Competitions.
In total thirty six teams from across the County will be competing in our Adult Championships over the coming weeks with the aim of reaching Finals Day in early November. 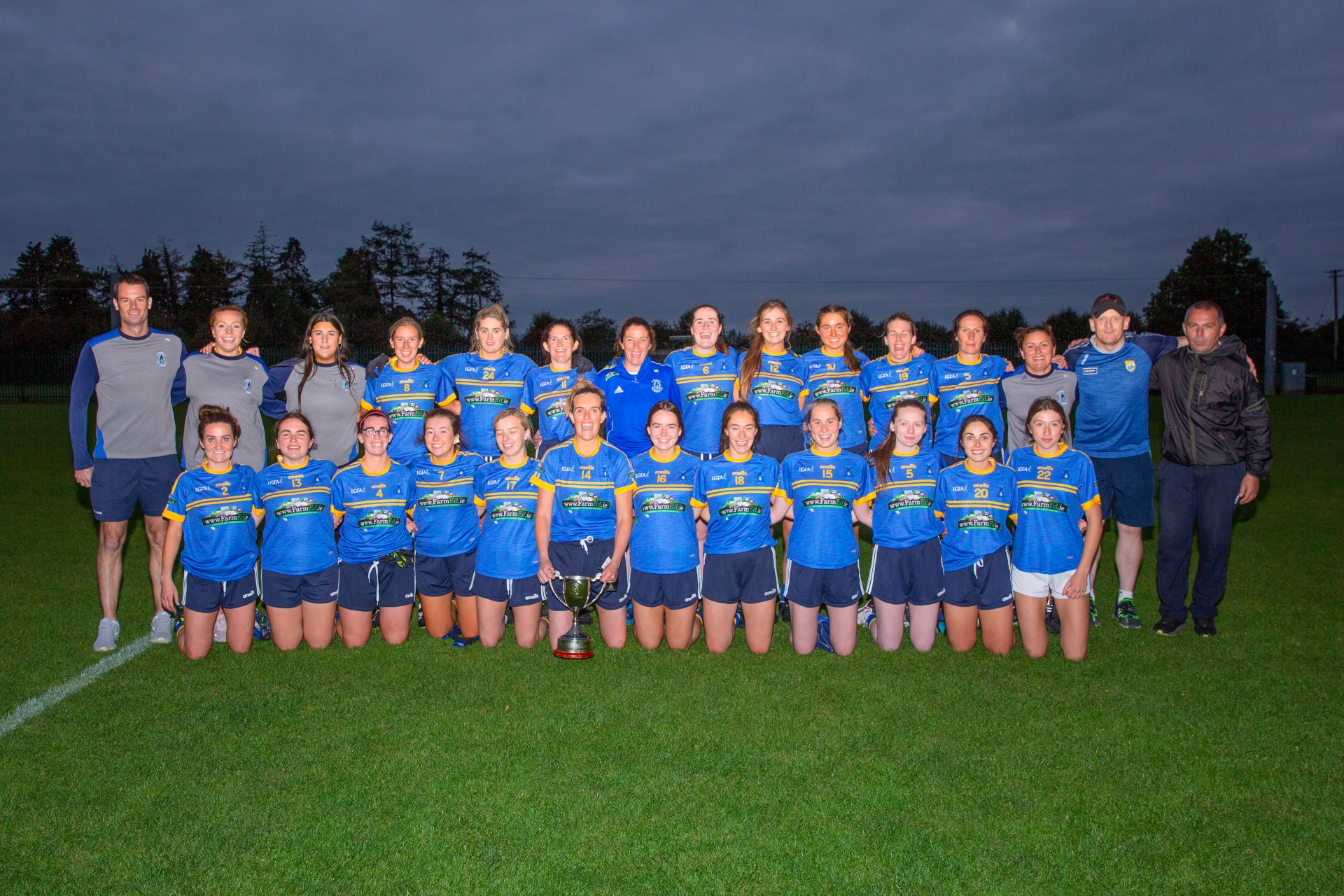 Brian Borus celebrate with the Frank O'Brien Cup after they defeated Aherlow in the final played at Dr Tom Morris Park in Thurles. pic: CAHIR MEDIA

SENIOR COMPETITION
Our Senior Competition will see eight teams compete with the teams divided into two groups of four each. In Group 1 are Clonmel Commercials, Fethard and our two finalists from last years competition Aherlow and Cahir. In Group 2 are our recent Division 1 League Cup and Plate Winners, Brian Boru’s and Templemore, along with Moyle Rovers and last year’s Intermediate champions Sarsfields.
Both groups promise some great match ups with the first round of these games set to throw in this week with Group 2 with Templemore hosting Moyle Rovers on Tuesday September 7. Also, in Group 2, on Sunday next September 12 Thurles Sarsfield will get their Senior campaign underway when they host Brian Boru’s. Group 1 action will also be getting underway with a replay of last year’s final when Cahir will play host to Aherlow and Fethard will host Clonmel Commercials.
In the Intermediate Competition we have just four teams, Boherlahan/ Dualla, Ardfinnan who were last year’s Junior A champions, Cappawhite who have regraded from Senior and Galtee Rovers/St. Pecaun’s who lost narrowly to Sarsfields in last year’s final. Cappawhite are hosting Boherlahan in their opening game date and time to be confirmed. Galtee Rovers will play host to Ardfinnan on Sunday evening with a throw in time fixed for 5pm. 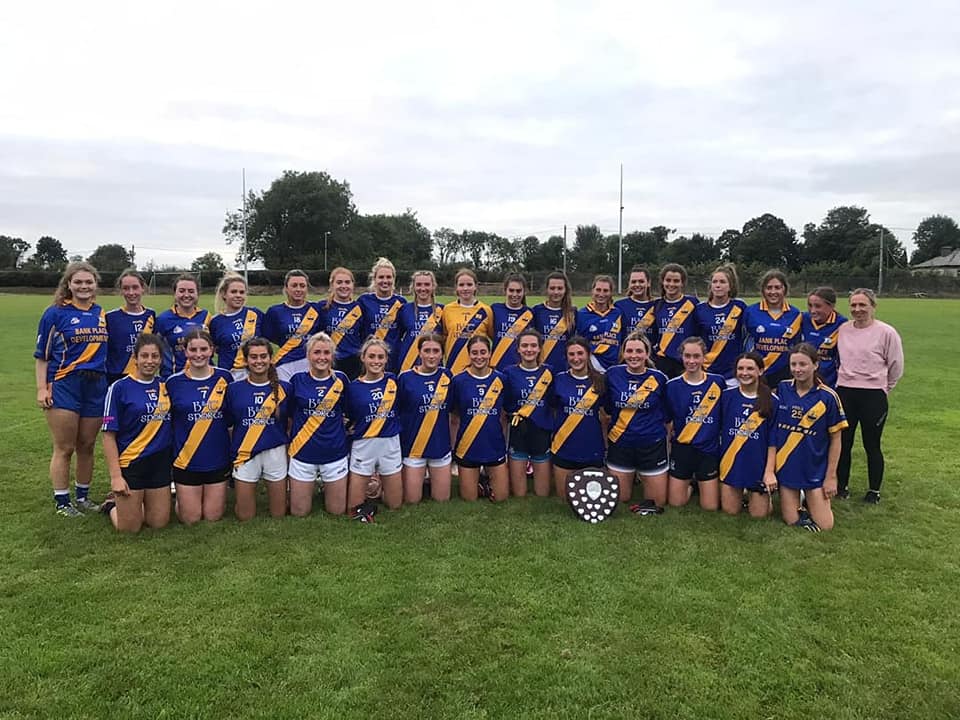 Division 2 Cup Winners Boherlahan who overcame Mullinahone in the final

JUNIOR COMPETITIONS
In our Junior A competition, we have six teams including Mullinahone, Moyne/ Templetuohy, St. Patricks, Slieve na mBan, Arravale Rovers and Moycarkey/Borris, Another interesting group with Moyne/Templetuohy last year’s losing finalists wanting to go that step further and Arravale Rovers who won the Junior C competition opting to skip a grade to Junior A. Each of the teams at this grade have already played their first round, games with Mullinahone topping the table.
The Junior B Competition sees just four teams the combos of Holycross/ Rapparees and Lattin Cullen/Emly, St. Odhran’s/ Silvermines and Gortnahoe/ Glengoole.
Finally our Junior C/D competition has the biggest number of competitors, with 14 teams including second adult teams representing 11 different clubs. In Group 1 we have second teams from both Moyne/Templetuohy and Templemore with Clonmel Og and Clerihan. In Group 2 it is all second teams and includes Arravale Rovers, Brian Borus, Boherlahan/ Dualla and Aherlow. In Group 3 we have just three teams featuring second teams from two Clubs and they are Cahir and Sarsfields and finally Group 4 we also have just three teams including second teams from Fethard and Moyle Rovers along with Rockvale Rovers. 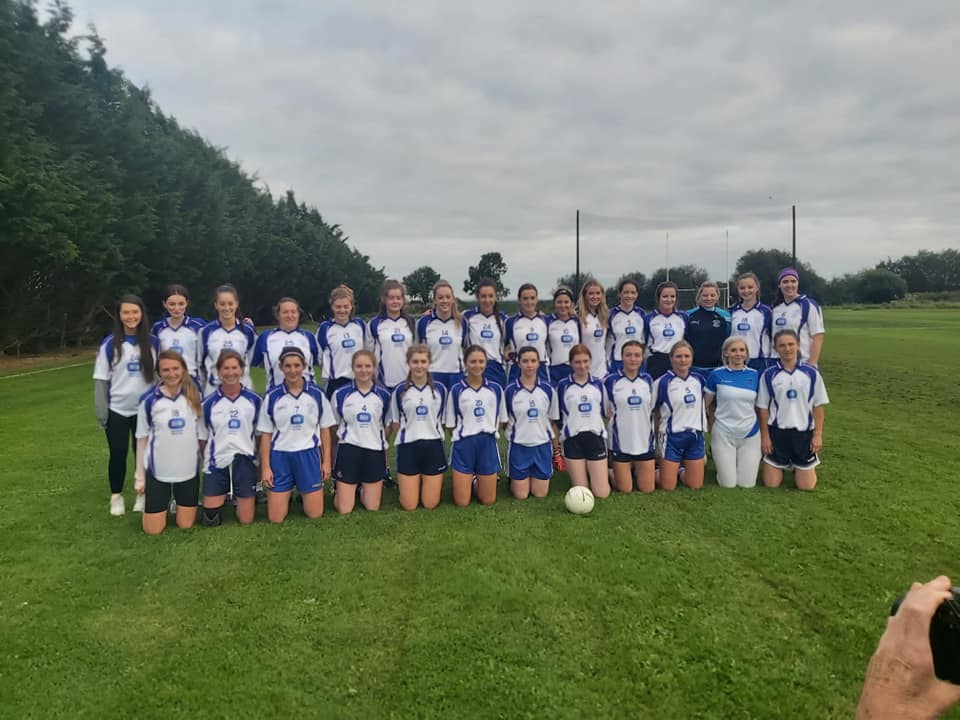