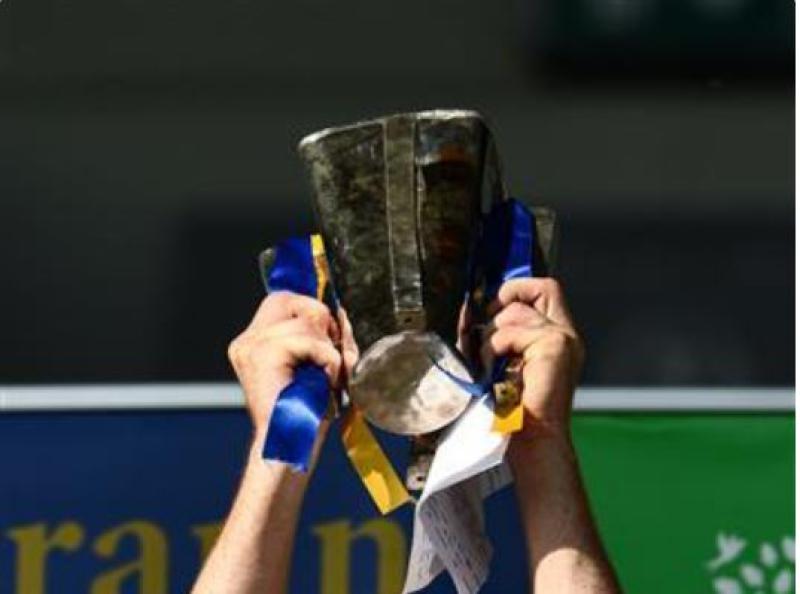 Two sides who stormed out of the blocks in the opening rounds with comfortable wins against Roscrea and Nenagh Éire og respectively. Borris were impressive in their dismantling of Roscrea with the divisional performances looking to have been erased from the system. Meanwhile, Kilruane continued their high level of performance with what was an easy win against Nenagh, with Jerome Cahill and Kian O’Kelly shooting the lights out. In what could be a tight group, both sides will be eager to get the job done and put one foot in the quarter-finals with a game to spare.

With both Holycross and Mullinahone licking their wounds after opening round defeats to Toomevara and Clonoulty, a win will be a must here for both teams if they have any aspirations of making the knockout rounds. Holycross probably have the most room for improvement after a disappointing display against Toome where they only really got going in the middle of the second half. Mullinahone were far more competitive for long spells against Clonoulty and forced the West champions to dig deep for the win. The loss of Bryan O’Mara is immeasurable for Holycross and it may be a case of Mullinahone having more experience on the day.

There will have been plenty of soul searching in these teams respective camps after last weekend for different reasons. A Drom supporters nightmare came to fruition in Semple after a pasting by their near neighbours. An encouraging second half which seen them win the half by a point is something to cling onto, but they were cut open too many times on the day. Upperchurch were disappointing against Éire og and for whatever reason, James McGrath’s charges have been stale and will need to improve drastically against a Drom team that will surely have a kick in them.

Having been taught lessons in their opening round defeats, the two north outfits are now with their backs firmly against the wall as they face off in a big game which will go a long way to deciding their years. Roscrea were more or less taken apart by Borris-Ileigh the last day out and seem to be struggling for form after the extra-time defeat to Templederry in the North championship last month. On the other side, Nenagh will be eager to atone for an abject showing against Kilruane where their intensity was way off and the contributions of key players like Jake Morris and Mikey Heffernan weren’t what they might have been.

In what looks like it could be a clash to decide the table toppers in Group 2 promises to be one of the ties of the weekend. Toome were impressive in patches against Holycross and were full value for the win, but they allowed Holycross a route back into the game in the second half and this will need to be addressed. Clonoulty on the other hand were made to work hard all the way through against Mullinahone and will have been glad to get out of the fixture with a win. Recent history between the teams would suggest that this will be tight and with neither team at full strength which could mean that only minimum that separates them.

Last year’s opening round between these two teams produced an absolute cracker and Kiladangan were lucky to get out of that game with a draw after an impressive display by the Templemore men. Fast forward twelve months and they have both got off in good form with narrow wins against Loughmore and Moycarkey Borris. Kiladangan look like the team to beat again and showed some real class to repel a dogged Loughmore effort. Meanwhile, the Brackens will be buoyed by their win and will be looking for a performance here, if not a result.

Thurles look like they have finally awoken from their recent slumber in the county championship as they fired a warning shot to the competition the last day out. Paddy Creedon and Denis Maher look to be a formidable partnership up front and bagged four goals between them against Drom. Annacarty produced a performance typical of their club as underdogs against Upperchurch and they will be looking to back that up with a solid effort here.

A repeat of the Mid semi-final will be on offer for supporters here as these teams lock horns less than a month after a tight affair. Moycarkey were very close to causing an upset in that game, but Loughmore certainly looked a different team from the Mid championship the last day out in defeat to Kiladangan. The return of Ciaran Connolly was a big filip for Loughmore and should they click into gear again, Moycarkey could struggle to match them.

Neither of these sides would have fully expected to be heading into round two with points on board, but they certainly impressed in their respective outings. Sean Treacys was the most impressive result as they managed to nick a draw against South champions Killenaule, and will feel that they could have pulled off a complete shock with the Robins on the ropes for large spells. Gortnahoe have taken to this level with ease, easing past an up and coming Ballina side who had pushed Kilruane to the pin of their collar in the North championship a few weeks previous. This has the makings of a great game but the kick of promotion might be the difference between them in the end.

Templederry look to be firmly at the races after banishing the embarrassing defeat to Borris-Ileigh by dismantling Newport. Sean Ryan looks to be one for the new Tipp manager to keep an eye on, adding to the 2-8 from play he scored against Roscrea in the North with 4-4 the last day. For Clonakenny, they will be disappointed not to have put away Silvermines who notched the last few scores to eke out a draw. The Kenyons look to be on a high and should have the forward arsenal to do the damage here.

A surprise loss to St Mary’s will have shook Lorrha after their exploits last year and their recent close encounter against Borris-Ileigh. John McIntyre’s charges were not at their form of the previous year and the loss of Patrick “Bonnar” Maher seems to be an issue for them this time around. Meanwhile, Portroe looked excellent for the first 40 or so minutes against a talent-packed Cashel team, but Justin Conroy’s red card turned the game and it was certainly an opportunity lost from a Port’ viewpoint. This promises to be a cracking match as both teams will feel they can do the business.

Thurles Sarsfields ‘B’ vs Kiladangan ‘B’:

Both these second teams were the talking of the county after the opening weekend's action, as they defied the bookies to notch massive wins against Carrick Swan and Burgess. Thurles were savagely impressive and have players that could make an impact in most first teams around the county, particularly in the likes of Conor Lanigan and Mikey O’Brien. Kiladangan you could say trumped that performance with a dogged display against Burgess and will be delighted with their lot in the opening weekend.

A local derby in every sense awaits here in what is shaping up to be a very tight group. Silvermines had to dig deep to pull a result out of the hat against Clonakenny and are struggling for scores in particular with Jason Forde heavy relied upon. Newport were surprisingly poor in their game and didn’t look like the team that lit up last year’s competition and will be looking to make amends with big performances needed from the likes of the Floyds and Pa Ryan.

After a very stuttering start to the competition, Killenaule and Ballina will have it all to do to get back into the shake-up again. Both sides were favourites in their games and will need to put their results aside quickly. Killenaule’s performance against Mullinahone in the South final deserted them against Treacy’s while Ballina were particularly disappointing, albeit they have a young team coming through. Wins will be vital for both here, but Killenaule with Bubbles in form should have the best of it.

A huge win for St Mary’s the last day out has thrown the group wide open now with Cashel King Cormacs managing to get past Portroe after a titanic tussle. Cashel have serious talent all around the field this year, with the Browne Ryan’s yet to fully settle into their new surroundings. Mary’s proved too much for Lorrha also, and the Clonmel men will be on a high after that win which could lead to a cracking encounter here, but Cashel should have the greater spread of scorers, with Eoghan Connolly possibly being re-deployed to the backs.

For two teams who would have been touted as having serious ambitions of winning this competition, the performances two weekend’s ago were decidedly lacking, to put it mildly. The Swan were completely outplayed by Sars for the whole game and while they might point to a number of injury absentees, they were still overrun. Burgess will be in shock after their loss, and it seems like they might have underestimated their opponents, opting not to start Stephen Murray and Shane Maher, which came back to bite them. This will be physical, but Burgess seems to have more room for improvement with players to come back into the fold. 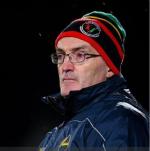