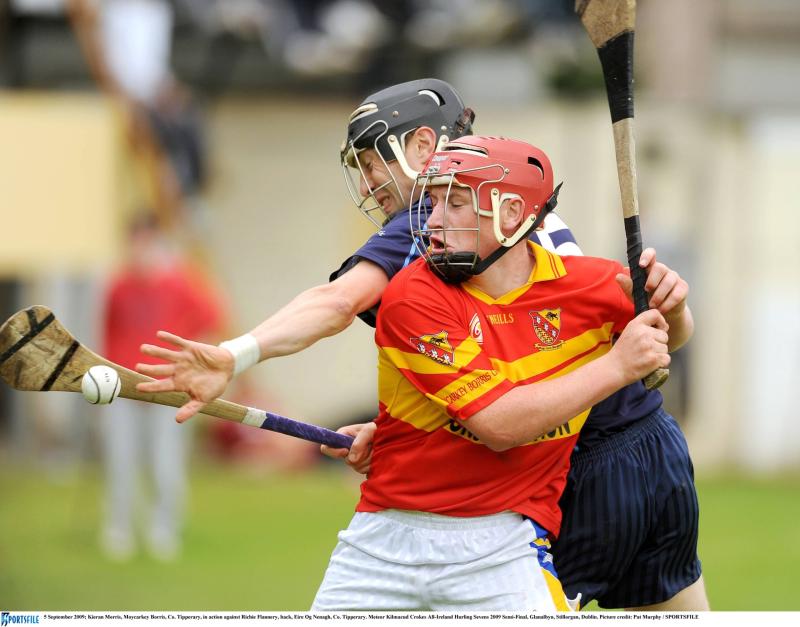 Yet again, Loughmore find themselves drawn into the preliminary quarter-final against South champions Killenaule. While many would expect Loughmore to come out the right side here, the fact that Killenaule will approach this game with a "nothing to lose" attitude could make this a tight encounter. Killenaule will have bee mapping their year out in terms of re-gaining their Dan Breen status, so the game is a free shot for them, but Loughmore with the Liam McGrath back in the ranks should have enough in reserve.

A game which has all the hallmarks of a tight battle, this pair represent two teams at different stages of their development. Éire Óg have been a mainstay at this level for some time now and have managed to survive at this level with their never say die attitude. Even the last day against Drom, they very nearly stole the result near the end with a last gasp goal chance, despite being largely outplayed. Holycross, on the other hand, represent a young team at the start of their lifespan, and with Bryan O'Mara set to return it should make this one hell of a battle.

Two teams who featured at the business end of last years championship, these north clubs will be severely disappointed with their lot so far this year. Lorrha have been severely hampered with injuries to Bonner Maher and Ciaran Haugh and have struggled to get to the levels they reached last year; while the same can be said of Newport who surprisingly lost out in emphatic fashion against Clonakenny. Newport seem to have more attacking verve with the Floyds and Pa Ryan and that may prove to be the difference.

Ballybacon have been struggling at this grade for the last few years and have just about kept their status, managing to put in performances when needed in big games. This will be important for them to pull from, as they are still heavily reliant on the older guard. Arravale have found the going tough since their promotion earlier in the year, but will have taken a lot of encouragement from their match against Shannon Rovers, and with Johnny Ryan in top form, they might snatch a win here.

One of the semi-finals that looks to be very close on paper, Moycarkey and Roscrea will be extremely eager to avoid the trap door as they look to develop young teams for the coming years. With plenty of underage talent in recent years, Moycarkey had a decent group stage all told, if not in terms of wins, then they definitely had in terms of performances and were close in all their matches. Roscrea had more of a mixed bag, but the form of Alan Tynan will be encouraging for them. There's nothing to seperate these two but the north outfit might have more scoring potential to draw on.

Moneygall come into this game with a lot of confidence after a good group stage campaign, despite a loss to Knockavilla in their final game. Sean Kenneally and Joe Fogarty have scored a combined 7-16 so far and are leaders on the team even at this stage of their development. Contrastingly, Cappa are devoid of confidence and will be delighted to have Willie Barry back, but this will surely be a step too far for them with relegation fare awaiting them.

Tough group campaigns for these two teams means that form will be hard to read in judging what way this result will swing. Sean Treacys finished their campaign with a chastening defeat to Ballina, but they are the sort of team that will get back to brass tax, even after a tough result. Burgess' decline has been worrying, and after scraping over a depleted Sars B side in the last game, they will be hoping they can end their year with a win.