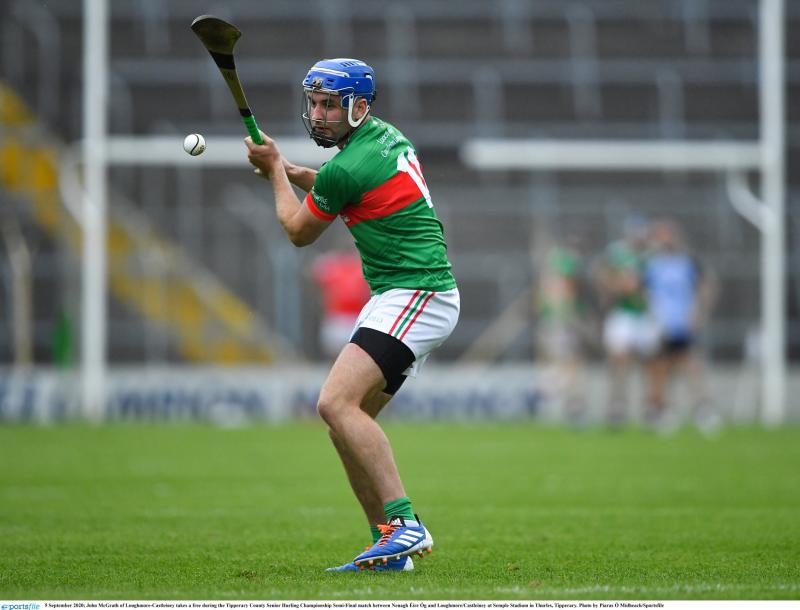 Even the Gods will take time out on Sunday evening to catch a glimpse of the titans clashing in Semple Stadium in the FBD Insurance county senior hurling final.

Expect thrills, spills, dash and daring; expect hard hits, grit, scores, and blocks; hooks and goals, points and pulls. Expect high drama; great rivalry, colour and pageantry; guttural roaring; screeching and commentating; how about plenty of mad frantic chaos in the eye of the on-pitch storm? Or some, cool, calm and collected switches, moves and tactics as the decibel level rises and the temperatures soar.

Expect to see ash splitting, hurleys flailing, spectators cringing amid the force of the collisions.
Yes, it's county hurling final day in Tipp and four of the finest will be in action.

The main event features two of the keenest - but most mutually respectful rivals in the game as Loughmore Castleiney tackle a fancied Thurles Sarsfields in what is one of the most eagerly awaited finals for some time.
This all-mid affair will draw a bumper attendance to Semple Stadium and will contrast sharply with last years decider when only a handful of spectators were permitted to watch Kiladangan making history at the expense of the Loughmore Castleiney men.

Once again those Loughmore Castleiney men are back in the double, having defeated Moyle Rovers to make it to the football final against last years opponents Clonmel Commercials.

So, this magnificent and quite unbelievable rural parish which is soaked in spirt and passion, will take on the mighty urban kings in Thurles and Clonmel.

Many would claim Thurles to be the home of hurling, and Clonmel to be the home of football in Tipperary.
Well, Loughmore Castleiney will over the next two Sunday’s attempt to relieve the towns of those boasts, eventhough they are the underdog on both scores. But, that's a title that rests very easily on their shoulders and nobody would be too surprised were they to repeat the feat of 2013 and win the county double. Of course, it could also easily be a repat of last year when they ended up with nothing to show.

Loughmore Castleiney will compete in their 8th county senior hurling final, having been runner-up on four occasions. They have 14 county senior football titles - their last being in 2016.

Sarsfields though are the undisputed kingpins and will compete in their 47th final, in search of a 37th title - were they to win they would move 16 titles clear of their nearest rival, Toomevara.

Last weekend, the club launched Vol 2 of it's famed history - on Sunday they will bid to write another chapter to add to that glorious tale. Make sure to get to Semple on Sunday.

CONFIRMED: Funding announced for Tipperary schools to include provision of a footpath