Tipperary is targeted by anti-vaxxers in lamppost poster campaign 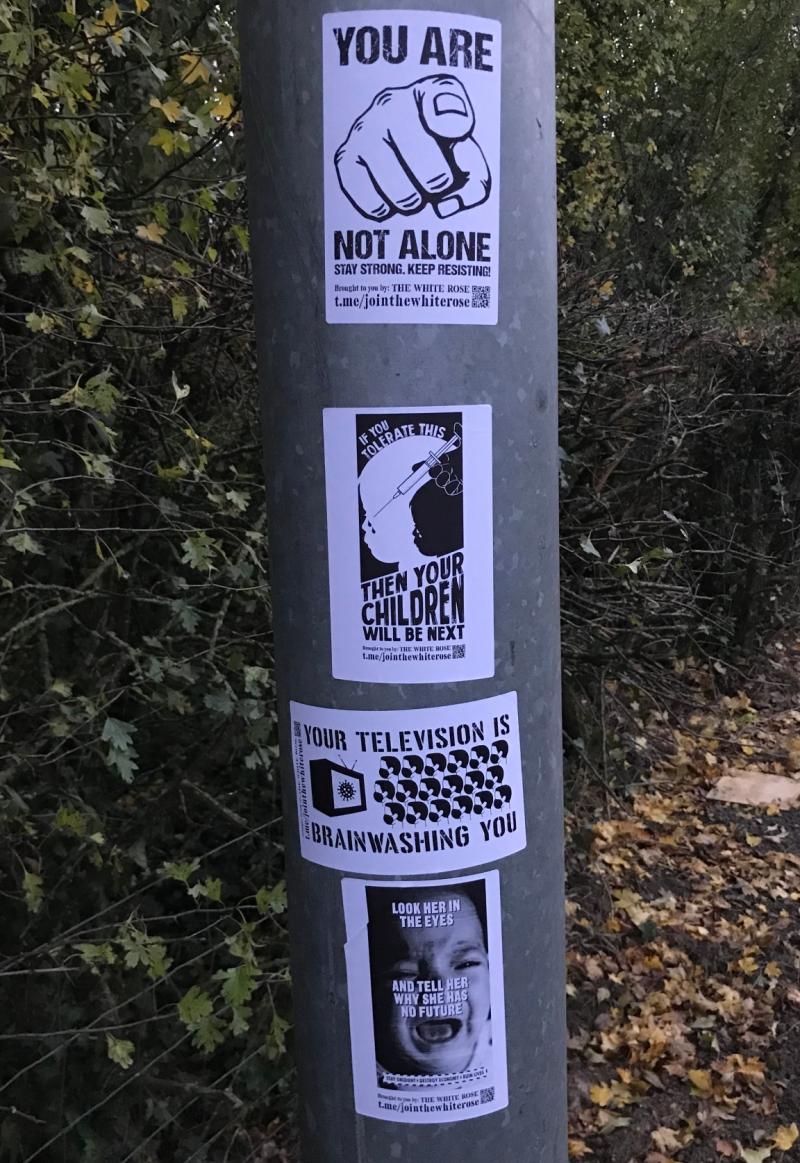 The posters that were pasted on the N52 bypass around Nenagh

Nenagh has been targeted by an anti-vaccination and anti-mask campaign who have pasted a series of fly-posters to lampposts.

The group, The White Rose, has pasted leaflets on lampposts along the N52 bypass warning people that if they tolerate vaccinations then their children will be next.

They also claim that people are being brainwashed by their television, with an image that includes people wearing facemasks.

Another poster calls on people to stay strong and to keep resisting.

The group takes its name from the anti-Nazi White Rose movement set up by German students during World War II.

Emphasising that he was not a Covid denier, he said that he did have to question the figures, including the death rate, and the messaging.

Cllr Morris instanced Minister for the Environment Eamon Ryan testing positive last weekend for Covid only to be given a second test which showed he was negative.

“It was a bit like some of the EU referendums. Keep testing until you get the right result. What Eamon Ryan did was to treat the country with contempt, that the Government could make up their own rules,” said Cllr Morris.

“Most people would have been asked to lock themselves up for 14 days, but the Government are living by their own rules,” he said. “What happened has thrown the testing system into disrepute.”

Cllr Morris said that the Government and the Minister had left the way open for Covid deniers to get their message out.

“It’s giving them ammunition,” he said.

Cllr Morris said that all people wanted was a clear message but, for instance, the Government had spent nine months denegrating antigen testing and now they were telling people to trust it.

Cllr Morris, who said he knew people who had contracted Covid and some who had died from it, pointed out that until you got the disease, unfortunately you didn’t know how your system would react.

“Covid is a dangerous thing, but Eamon Ryan has made the Government lose the dressingroom,” he said.