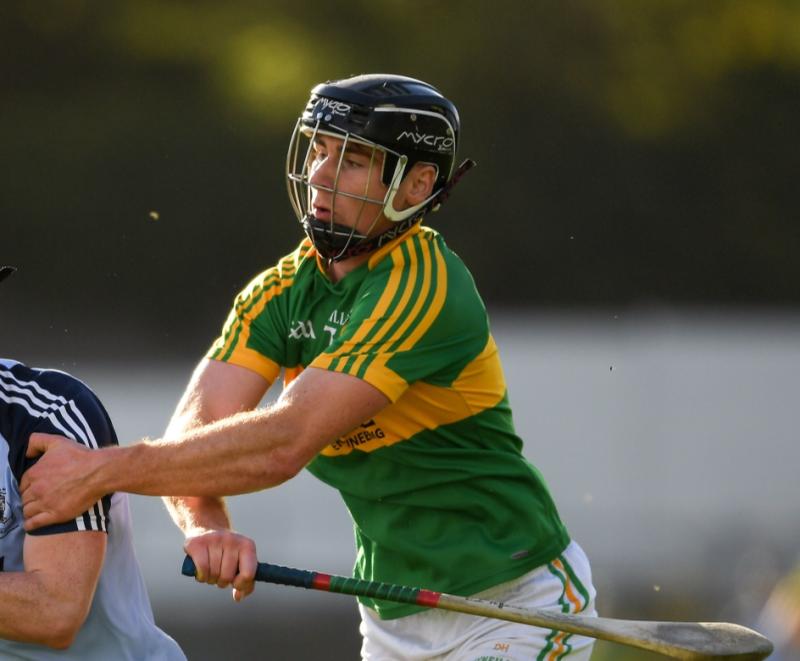 Clonoulty's Enda Heffernan who lined out for the West Tipperary selection last Saturday.

Club  commitments robbed both sides of potential trialists as the stronger West selection edged out the Mid Tipp combination in round one of the  revived Miller Shield inter-divisional senior hurling competition at Littleton on Saturday.

With Cashel and Clonoulty-Rossmore players showing their quality and experience, the West lads came from being eight points down after 11 minutes to have much the better of the exchanges, subsequently running out more comfortable winners than the three point margin would suggest.

New Tipp senior hurling manager Colm Bonner and his backroom team were present to run the rule over potential county panellists and their attention will surely have focused more on the West talent than the Mid, with players such as Eoghan Connolly, Enda Heffernan, Ger Browne and Dillon Quirke giving timely reminders of recent promise shown.

The Mid side was the worst hit in terms of players not being available with Sarsfields, Loughmore,  Drom-Inch and Moyne-Templetuohy all having crucial county championship fixtures to engage them.

Despite a bright start, their effort waned as the hour progressed and no reputations were enhanced in this outing but there are two more games to come – next week against the  South for the Mid lads, with last week-end’s winners North and West in action against each other.

A fine crowd gathered for the contest and saw Jack Butler's 11th minute goal put the Mid 1-7 to 0-2 ahead, and they still held an eight point advantage at the water break (1-9 to 0-4). Willie Barry’s goal for the West soon after resuming spurred them to better things and by half-time they had cut the deficit to three points 1-8 to 1-11.

Although the industrious Cian O Dwyer punished  a defensive blunder with a Mid goal three minutes into the second half, the West dominated with Ger Browne in particular beginning to show his class with four points from play in the third quarter at  the end of which the Mid led by just one point, 2-15 to 1-17.

Holycross’ Dara Woods and Cathal Barrett fired over points as a minor Mid rally unfolded, but the West were never going to let it slip and held on for a comfortable win.

Apart from those already mentioned West players to do themselves no harm by their performance were Jack Ryan, and Devon Ryan. Cathal Barrett was more prominent in the second half for the Mid for whom Diarmuid Ryan, and Cian O Dwyer worked hard while Max Hackett and Andrew Ormond also had their moments.

Fixtures for second round of Miller Shield confirmed