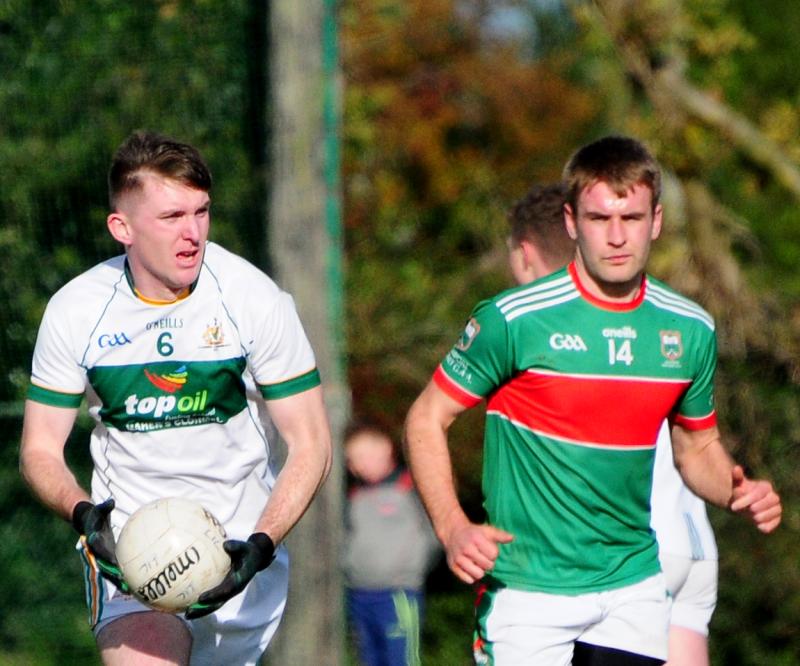 Clonmel Commercials should have “a lot left in the tank” for the FBD Insurance county senior football championship final because they have yet to play at the peak of their powers this season.
That’s according to manager Charlie McGeever, as his team prepares to face double-chasing Loughmore Castleiney in Sunday’s decider at Semple Stadium (2.30).
“The team on paper looks better than the team that has actually played,” he says. “We haven’t put four quarters together this season.”
The game will be a repeat of last year’s final, an exciting affair in which Commercials led at half-time by six points. Typically, Loughmore came storming back into the game to equalise and it took a late Jack Kennedy point to ensure that Commercials retained the O’Dwyer Cup and won their third title in four years, and their fifth in ten years.
“Last year we had the game won but then lost the momentum,” says McGeever.
“Both teams have so many players that can influence a game that they will have periods of dominance on Sunday.
“I can’t remember a game between the clubs where you could say you’d leave with ten minutes remaining, they’ve been that close.”
He said that last year Commercials won by a point, and the previous year the semi-final between the sides in Boherlahan went to extra-time. He ranked these as two of the best games in the county in recent years.
Loughmore are still in contention in the hurling championship following last week’s drawn final against Thurles Sarsfields, and incredibly this will be their 16th consecutive weekend in action between the hurling and football championships.
While some believe that sheer fatigue may hamper their prospects for Sunday, Charlie McGeever offers a different view.
“People say it (Loughmore’s schedule) is very demanding, but the best preparation for anything is a match. And playing in two different codes keeps everybody match-fit, it’s ideal preparation. They weren’t fatigued in last year’s final.
“Loughmore have been through the MOT system for a number of weeks in-a-row.”
He’s hopeful that Jack Kennedy, who was injured towards the end of the semi-final against JK Brackens, will be fit enough to take his place in a full-strength squad. Jason Lonergan and Jamie Peters, who both missed the semi-final, are expected to return.
If the Clonmel team win on Sunday it will be a historic triumph, as they’ll wrap up the club’s first three-in-a-row of county senior championships since 1965-67. Yet their manager says it’s not dominating their thoughts ahead of the final.
“The only reference that was made to the three-in-a-row was at the start of the year. It’s a very hard thing to do. It might be because of Covid or whatever, but very few teams are retaining titles. If you look at the championships in Cork, Dublin and Galway, you’ll see that big teams have been turned over.
“I can honestly say there hasn’t been one mention of it. It becomes such a non-entity because you know who you’re playing against.
“All of the team have won county titles and the driving force is that they’ll need to improve. It would be difficult to mention anyone who performed to their best in the semi-final.”
Commercials knew they would have a tough game against JK Brackens, and they were also aware that they “hadn’t been to the well” before that, having breezed through the group stages and the quarter-final.
“We were trying to get a number of (challenge) matches organised but it’s very difficult to get what you want in terms of options,” the manager added.
He said they could have made it easier for themselves in the semi-final.
“We had a gap of six points (when Sean O’Connor scored a goal) and that should have seen us home. But we conceded a goal and the point from Conal Kennedy was always important.”
Unlike last weekend’s senior hurling final, the football final won’t go to a replay.

If necessary extra-time will be played and the game will finish on the day. The referee will be Derek O’Mahoney.