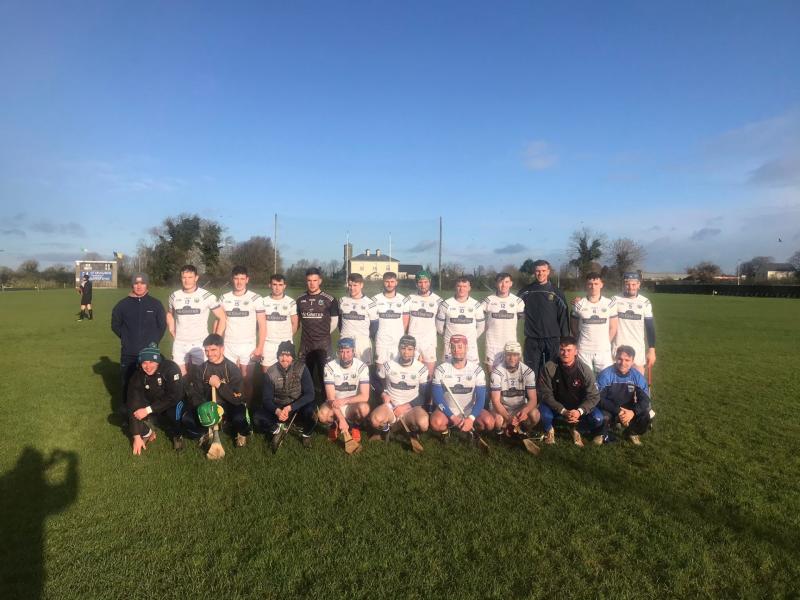 North Tipperary finished off their Miller Shield interest in style this morning, after a facile and comprehensive win over Mid Tipperary in Boherlahan.

Played on another cold day, the conditions were actually very good for the contest, with the sun beaming throughout the match and it made a big difference to the fare after the tough conditions of last weekends games in Clonoulty.

And it suited the North, as they were in control for large spells of the game, but to be fair to the Mid they kept it competitive in the first quarter and were level at 0-5 apiece with Darragh Woods the scorer in chief once again with five frees.

Jack Delaney, Jerry Kelly, Mark McCarthy and a brace of frees made up the North Tipp total, but they soon injected killer doses to the Mid men in the second quarter, with goals from Colin Floyd and Kian O'Kelly in the space of two minutes around the 22 minute mark pulling them into a good lead; Floyd integral in the O'Kelly goal with a lovely hand pass.

The North led 2-8 to 0-9 at half time as the Mid were far too reliant on Darragh Woods frees for scores, with Max Hackett and Fionn Cleary the only other scorers and when David Gleeson came on to goal in the 34th minute after good play from Jack Delaney and Kian O'Kelly, it was really a case of how much the deficit would be come the final whistle.

Space started to open in a big way for the North for the remainder of the second half and they took full advantage, with fresh legs and hunger for scores; Jack Delaney proving deadly at midfield with three points in the third quarter, while subs Alan Tynan, Billy Seymour, and another few scores from Davy Gleeson made it grim viewing for Mid supporters.

In fairness though, the Mid lads didn't lack for effort and good points from Lyndon Fairbrother and Tom Meade were a highlight, while Ronan Teehan finished a beauty to the bottom corner to raise a green flag in the final ten minutes, but it was little more than consolation.

Top performers for the North on the day were Jack Delaney, Colin Floyd, Andrew Ryan, Davy Gleeson, and Decky McGrath, while Darragh Woods, Tom Meade, and Max Hackett more than held their own for the Mid.

The Laois man spoke after the big game on Sunday