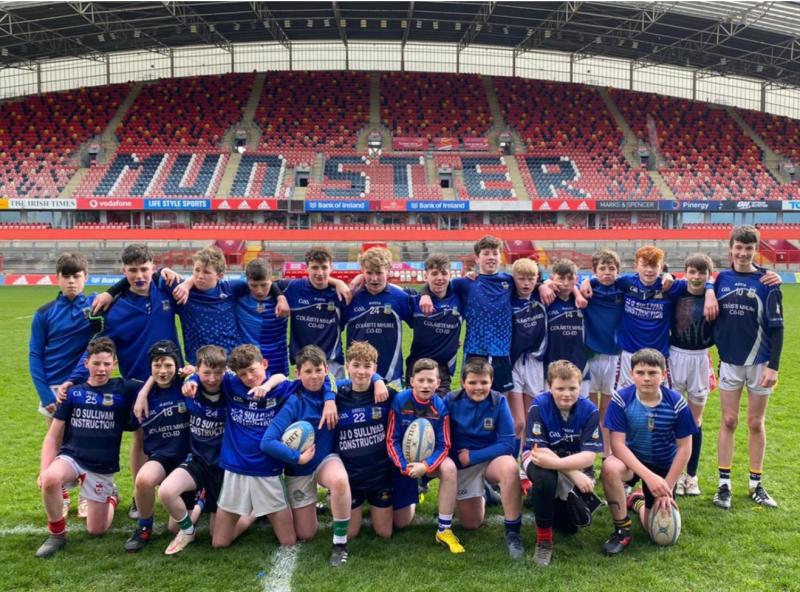 The Coláiste Mhuire u14 Rugby squad travelled to Limerick to take part in The Emerging Schools Rugby Blitz last week, where they played a number of matches against other Munster schools.

With players from clubs such as Thurles, Cashel, and Kilfeacle in our ranks, excitement was palpable as they set off to Thomond Park with their management of Mr James Ryan & Mr Michael Power, who had them peaking nicely for this tournament!

Despite topping their group with a victory over Cashel Community College on a 12-5 scoreline and a 12-12 draw with Villiers School from Limerick, we ultimately succumbed to a formidable Thomond College narrowly that denied the boys reaching the final.

Memories will be cherished, however, from the day as the team got the opportunity to play on the hallowed ground of Thomond Park.

They also met some Munster Senior Rugby players and wished them the best of luck in their upcoming Champions Cup match against Exeter Chiefs.