GALLERY: Our Lady's Templemore hold their first Senior Awards since 2019 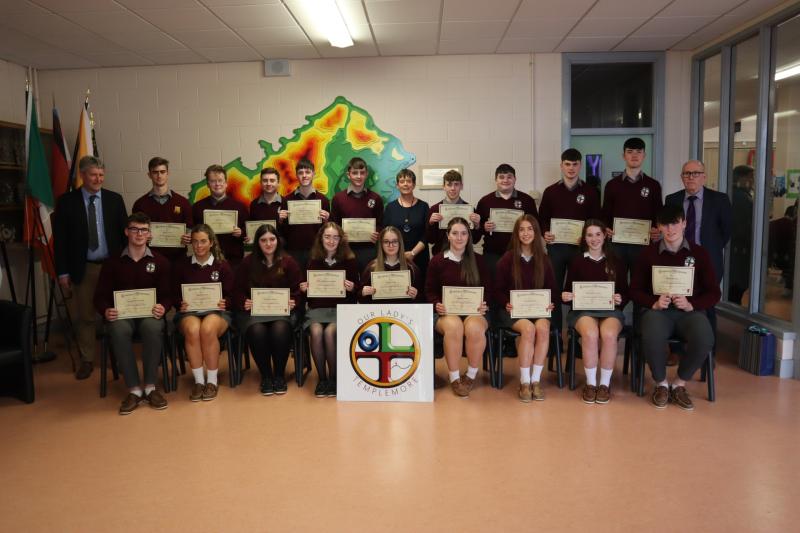 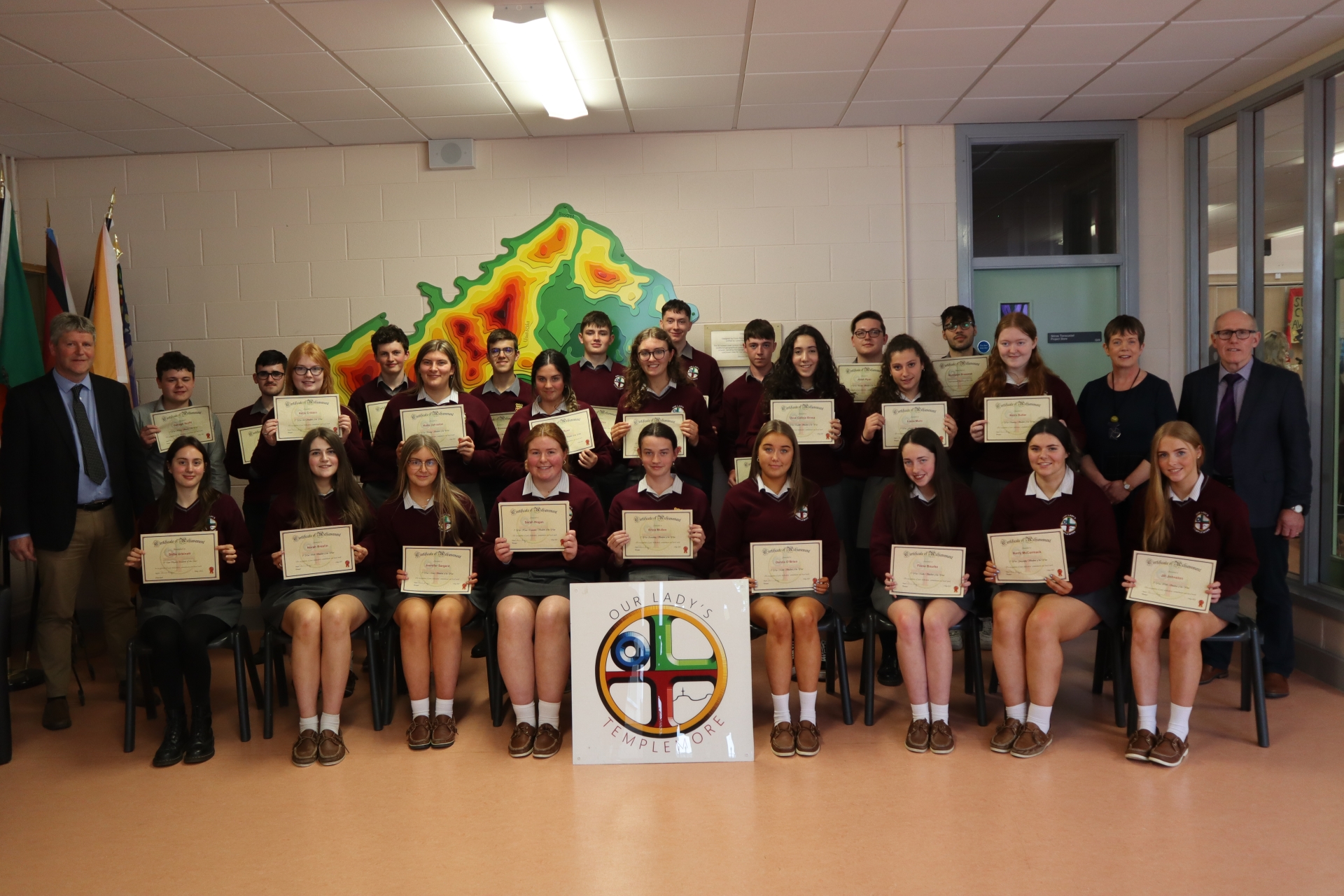 This week, we were delighted to hold our first Senior Awards Ceremony since 2019!

The awards recognised both the academic achievements of our Senior Students as well as the contributions they have made to school life.

We were delighted to have Mr Willie Butler as our Keynote Speaker. Mr Butler was not only a student in Templemore CBS. He also worked as a teacher of English, History and Agriculture Science and became Deputy Principal in Our Lady’s.

Mr Willie Butler acknowledged the difficulties and frustrations faced by teenagers today in society. He applauded them for their resilience and encouraged them not to define themselves by what they’ve missed out on but to go forward with the hope and optimism that is part of being young.

He praised the students for their endeavours and achievements in all areas of school life. He spoke of the difficult challenges in the world today, the climate crisis, the threat to democracy and, of course, war.

He urged students not to ‘tune out’ or to succumb to negativity but to become involved and take responsibility for building the world of the future.

He reminded us all that while none of us can change ourselves, we can all make small changes that can have a big impact. He spoke about the future for young people today. He urged them to be calm, creative and to make the most of opportunities.

We were delighted to welcome back Sr Helen Kennedy to present the an award in her name for the fifth-year student who embodies the spiritual, social and academic values of the school.

Congratulation to Ellen Delaney, fifth-year and Gillian Fogarty, sixth-year, who were the recipients of academic awards for the highest overall results during this school year.

The CEIST Award is presented to the student who stands out in how they contribute to the school and create a sense of community. Our award this year was presented to Meagan Sheridan. She is an excellent student who has taken on leadership roles in Our Lady’s. She is always positive and embodies the values of CEIST.

New Tipperary nursing home on schedule for completion in early 2023