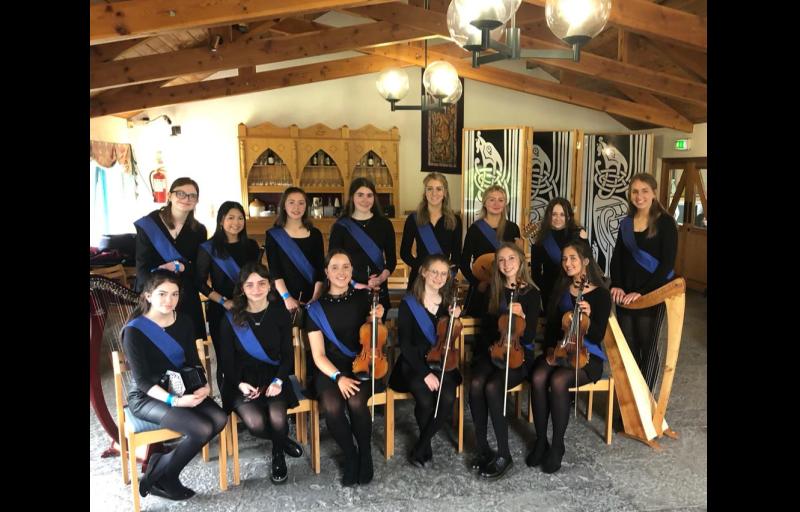 Well done to the Ursuline TY Trad Group, who has had a brilliant year playing and performing and who have qualified for the Munster Fleadh to be held in Limerick in July.

Their arrangement of hornpipe, slow airs and jigs certainly won the judges over, and the students were delighted to be representing the School in this long-standing traditional music competition.

To qualify for the Munster Fleadh was the icing on the cake. Well done to all involved and to Music teacher Ms Barry who assembled the group at the start of the year and who has guided their musical arrangements.

Well done to the same Ursuline TY Trad group who came first in Ireland with their podcast ás Gaeilge which was aired on Radio na Gaeltachta. The girls put together their own programme of Traditional Music that included jigs, reels, hornpipes and The Planxty in memory of The Chieftan’s Paddy Moloney.

The discussion on the podcast centred around the fusion of Irish Music with other genres like pop, rock and classical. Aoife Kavanagh and Hannah Clarke presented the programme, and the musicians were a mixture from all four TY classes playing a variety of instruments, including fiddle, harp, flute, tin whistle and sean nós singing.

Call for funds for new tourist office in Thurles

WEATHER: An unsettled weekend ahead with heavy showers and spells of sunshine