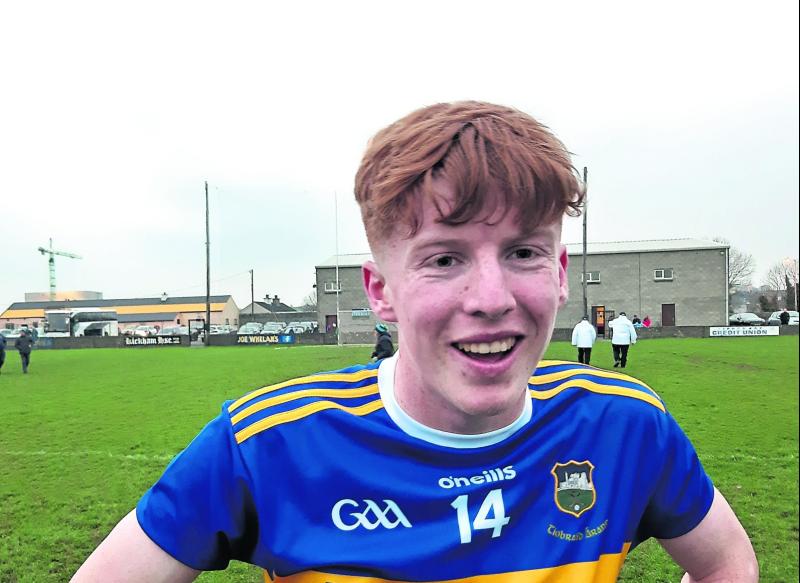 And then there were six. An All-Ireland championship that has stirred a mix of excitement and controversy is whittled back to just a sestet of teams still standing. Expected wins by Cork and Wexford at the weekend have set up an intriguing quarter-final double decker at the Stadium today, Saturday: Cork v Galway and Wexford v Clare.
The pairings provide a welcome geographical spread after Wexford and Cork avoided banana skin moments last weekend. Mind you, the early news from Corrigan Park had followers raising an eyebrow or two. Antrim were a point up at half-time, their followers in full cry after a rousing first half had the visitors in some discomfort.
In the end, however, it all worked out as expected, Cork through by eleven points, though some late scores by the visitors perhaps skewed overall impressions. It certainly was no romp for The Rebels but history shows that these trips north are often troublesome for southern sides.
Wexford made the trip to Tralee and had a much more comprehensive outcome against outgunned opponents. 21 points is, by any standards, a fair old whacking to take.
I’ve never seen the sense of allowing the defeated McDonagh Cup finalists into preliminary quarter-finals. It should be sufficient that the winners have earned that prize. The runners-up come in deflated after the main target of their year is gone and it’s just another predictable fixture to be fulfilled. Wouldn’t Kerry be far better recalling that near miss to Antrim rather than this embarrassment?
In a sense all four quarter-finalists come to the Stadium today with questions to answer. By their very nature they’re here because of earlier setbacks. Can Clare regroup after that epic Munster final? How solid is Cork’s recovery after initial setbacks? Is there a kick from Galway after that Leinster final? Where’s Wexford’s true standing? As shown against Dublin or against Kilkenny?
Raising the Banner just a fortnight after that game for the ages against Limerick is the big issue Brian Lohan has to grapple with this week. A game of that intensity has to carry a heavy toll, both physically and emotionally.
The physical bruises may have healed but the psychological hits can be more problematic. If you come away with a win from a battle like that then the adrenaline carries you forward to the next challenge but defeat can suck that energy.
Their difficulties are compounded by the likely loss of two players through suspension. Peter Duggan and Rory Hayes have been cited on the basis of video evidence and face the possibility of one-match bans. It’s part of the controversial fallout from that magnificent Munster final.
It’s a move that has raised the hackles of some. Trial by television is the charge after Messrs (no pun) Cummins and Dowling highlighted the specific incidents on The Sunday Game that are now the basis of the proposed bans. Eddie Brennan has been strong on the case, suggesting that there were other incidents that might have been a focus also and implying an element of partiality given the make-up of the programme’s panel.
Some of us in Tipperary will entertain a wry smile at that. Wasn’t there plenty of partial commentary after the 2019 All-Ireland final when a few pundits failed miserably to doff the Kilkenny jersey and give balanced analysis. I don’t recall Eddie having much to say that time.
I was wondering how the CCCC would respond during the week. On the one hand they’ve tended in recent years to show a reluctance to revisit incidents, but then on the other side the specific flashpoints at issue here were so blatant it was hard to see how they could ignore them.
The issue for the CCCC is surely to indicate that they review all games and all incidents in full and not just those highlighted by TV. Otherwise, the charge of trial by TV will stick.
Incidentally, I don’t go with the argument that because the game was so outstanding in other ways, we should ignore these incidents. Foul play is foul play irrespective of the quality of the game and should always be tackled.
On a more general point, there is one aspect of retrospective justice that I have long had issues with. The policy has always been that a review was only initiated if the referee failed to take any action during the game. The referee’s action might have been wholly inadequate, such as giving a yellow card when clearly the offence merited red, but once he did something the issue was let lie.
Surely a wrong action by the referee deserves a review every bit as much as when he takes no action. After all, if he gives a red card to the wrong player it’s normally overturned on appeal so why not review the colour of a card also if it’s deemed inappropriate.
Anyway, it seems likely that Clare will be without a defender and forward for today's game, which adds to their difficulties.
Wexford have in turn looked pathetic and powerful during this championship. Their highpoint was clearly that Nowlan Park win over Kilkenny but on other days, such as their loss to Dublin, they looked awful. Their true form surely lies somewhere in between those extremes.
There’s no doubt Lee Chin is their key player, just as TJ Reid is Kilkenny’s and Tony Kelly is Clare’s. Most successful teams have a talismanic individual or two upon whom the whole system depends.
On known form, even without a few players, Clare will be fancied to cope with Wexford. The bookies have the Banner lined up at odds of 3/10 with Wexford available at 3/1.

A double header is on the cards

In the other game Cork are slightly fancied to take out Galway – 4/6 versus 6/4. People are still wondering just how soundly-based is Cork’s recovery from their earlier difficulties in the league final and again their opening games of the round robin. In hindsight, beating Waterford and Tipperary is no great barometer of anything, given how inadequate both those teams were this season.
Galway have always been a puzzle, so this season they’re simply living up to tradition. They might hit one of those form days where they open up in Thurles and blow Cork away; then again, they might just fall flat and bow out meekly. They’ll likely be without Cianan Fahy following video review of the Leinster final, an item that was highlighted by Jackie Tyrrell – Eddie Brennan take note. Anyway, we’ll watch what develops with neutral interest.
Finally, league finals were the order of the day last weekend locally. A double header featuring division 1 and 2 deciders on Saturday at the Stadium was meant to be the highlight of the programme. It was nothing of the sort.
The clash of Annacarty and Moycarkey in the division 2 final at least had sustained uncertainty through the initial hour and then extra time, but the quality was disappointingly poor. For some reason these leagues fail to excite.
This opening match was a strange one, with each side in turn having its purple patches. Annacarty got off to a flier with a Paudie Bradshaw goal early on but then Moycarkey took over and went eight-up. Niall Heffernan goaled and Kieran Morris was excellent on the frees.
Annacarty got back level but Moycarkey went three up by the break. A Kevin O’Regan goal after the restart gave Moycarkey the second half initiative and Eire Óg did well to force it to extra-time. Substitute Aidan Griffin played a leading part in the recovery, coming on and landing five points, two from play, at a crucial juncture.
County Under 20 player, Kyle Shelly, had been very ineffective for Moycarkey and was replaced in the second half. Now, however, he returned to the action for the extra-time and proved to be the match winner, landing five points from play to tip the scales Moycarkey’s way despite the best efforts of Tom Fox.
The second game, the A final, was a bore. Clonoulty, short around half their first-choice fifteen, fielded mostly a second string and by the end it was all embarrassingly one-sided.
Surprisingly, there was little in it at the end of a first half that was substandard in quality. Drom led by the minimum, 0-9 to 0-8, but, tellingly, Clonoulty were relying almost exclusively on Stephen Ferncombe frees for scores.
The second half was woeful. Clonoulty didn’t raise a flag from play. Stephen Ferncombe pointed two frees and then caught the defensive wall out with a twenty-metre free that he drilled to the net. It helped save some west blushes.
Drom goalie, Eoin Collins, went upfield to plant a penalty goal early in the second half and Seamus Callanan produced the only item of magic when he did a Darragh Fitzgibbon, racing through from midfield and firing in an unstoppable shot to the roof of the Clonoulty net. All the while Drom were tacking on the points and they eventually ran out winners by a bloodless butcher’s dozen. It was all very forgettable.