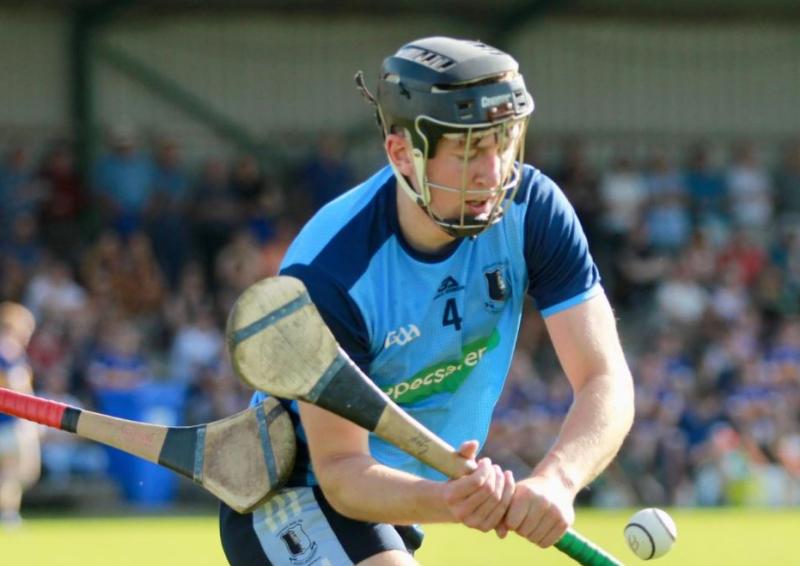 Nenagh Éire Óg clinched their tenth North Senior Hurling title after a Lazarus' like second half performance against Kiladangan in the baking summer sun in Cloughjordan earlier this evening.

After being largely outplayed for nearly all of the first half, Nenagh looked like they were going to fall to yet another defeat against their north rivals, but somehow managed to dig out a result in the second half with Jake Morris’ goal in the 58th minute the key moment as he levelled the tie against the odds.

What makes the second half performance even more impressive is the fact that Nenagh played 15 odd minutes with 14 men after Conor McCarthy saw red for an off the ball strike on Bryan McLoughney, and coupled with the loss of Barry Heffernan midway through the half when trailing, it took an amazing effort from the sky blues to pull this win out of the bag.

Kiladangan will be bitterly disappointed to have lost this one, as they looked in control at half time, leading by 1-13 to 0-9 with the game being played on their terms as Sean Hayes and Bryan McLoughney ran amok with some really nice scores in that time.

But, as is often the case in the modern game as we seen in the Tipperary minors recent All-Ireland win, the sending off of an opposition player seemed to play a part in the Kiladangan dysfunction, as they looked jaded in comparison to Nenagh in the final ten minutes.

The game started pretty evenly in the heat of Cloughjordan with both teams settling into the contest from different avenues, as Kiladangan looked sharp in open play with their first three points coming from Sean Hayes, Bryan McLoughney and Joe Gallagher, while Nenagh profited from two Mikey Heffernan frees and a nice Philip Hickey score as Kiladangan led 0-4 to 0-2 after ten minutes.

Kiladangan have been shorn of a lot of starters for this year’s north championship, but they continued to show that they had quality still available as they looked the more fluid team, after McLoughney and Mikey Heffernan traded frees before McLoughney plundered his second from play, along with a beautiful long range score from Darren Moran which extended their lead to four points early on.

Nenagh were yet to get any sort of cohesive forward play going by this time, and they were relying solely on the shooting of Mikey Heffernan who added another free to his tally in the 14th minute, but there was far too much space for Kiladangan to operate in as their scores came more freely; Jack Loughnane this time finding the target from midfield with a fine effort.

Mikey and Barry Heffernan (free) both sailed a pair of points over by the 17th minute, but Kiladangan made the first move in this game of chess when the evergreen Joe Gallagher found space for Bryan McLoughney to run into behind the Nenagh rearguard, and his hand pass found the corner forward to finish low past Mark Tuite from close range to give the defending champions a 1-8 to 0-6 lead with ten minutes of the first half remaining.

That goal threat has been a potent weapon for Kiladangan in every round so far, and this gave them confidence to continue applying pressure as Sean Hayes was yet again on target to beef out the lead further from the resulting puck out.

Mikey Heffernan continued to be on the money with his placed balls as he added another to his tally soon after, but Kiladangan were finding men from every restart and this time, it was Joe Gallaher who finished a well rehearsed move from a Barry Hogan restart to cancel out that rebuttal from Nenagh.

County star Jake Morris was very quiet up to this point, and it wasn’t until the 25th minute that he got his first point of the game with a trademark break onto possession finding the space for him to lob over a shot off his left to keep Nenagh ticking over.

Again, there was always a response from Kiladangan as they were utterly dominant in the middle third of the pitch, and this gave them the platform to finish the half strongly with further scores from play through Hayes, McLoughney, and a first of the day from Matthew Cleary giving them a very healthy 1-13 to 0-9 lead at the interval.

This looked like it could be a routine three in a row of titles for Kiladangan, but in fairness to Nenagh, they didn’t get flustered and a few changes at half time helped to bring them back into contention, with Cian Crowley in particular proving to be prominent in the second half.

Once again, Mikey Heffernan was provider in chief as he knocked over the first two points of the half (one from a free), to give Nenagh a good base, and their way back into the game came right after a Bryan McLoughney 65 had made it a six point game in the 38th minute, as Tommy Heffernan played a lovely ground ball back to James Mackey on the 21 yard line, and after an impeccable first touch he ran in on goal to clinically finish to the bottom corner past the floundering Barry Hogan. Three points the difference now in the 40th minute. Game on.

Kiladangan responded to that goal in style though, with Jack Loughnane gliding a fabulous sideline cut over the bar from the 21-yard line, but that goal was worth its weight in gold for Nenagh, as they visibly increased in confidence and dominated the next seven or eight minutes, Jake Morris, Philip Hickey, and Tommy Heffernan all slotting over points as they notched four in a row to level the game by the 47th minute.

However, it looked like all their good work was going to be thrown away with a minute of madness from Éire Óg. First, an absolute howler from Mark Tuite in the Nenagh goal gave Kiladangan a massive break when he failed to keep out a very tame Paul Flynn effort on goal, with the bounce deceiving the goalkeeper to somehow end up in the net. And this was made all the worse as Nenagh were reduced to 14-men right after the goal as Conor McCarthy saw red after reacting to Bryan McLoughney’s celebrations.

That made it 2-15 to 1-15 in favour of the holders, and with the numerical advantage, coupled with the distressing scene for Nenagh supporters of Barry Heffernan hobbling off injured, the expectation was that Kiladangan would produce the goods in the remainder to see this one out.

But that didn’t happen, as we witnessed a fight and drive not seen from a Nenagh team in some time from here, and even though points from Sean Hayes and a wonderful score from Paul Flynn edged Kiladangan further clear, there was no panic as the town men slowly grappled with the situation.

A Mikey Heffernan free in the 55th minute reduced the gap to three points, and a well timed introduction from Nenagh management paid real dividends a few moments later, when Hugh Moloney got onto his very first possession in the corner forward position, from where he lobbed a dangerous ball across to Jake Morris near the Kiladangan goal, and despite being bottled up by three or four defenders he showed serious dexterity to throw the ball over head and double one-handed on the sliotar to raise a green flag a draw the game level with two minutes of normal time left to play.

All the momentum was now with Nenagh, and they started to win every ball around the pitch, with Cian Crowley dropping deep to great effect, and it was his delivery which gave Nenagh the chance to take the lead in the 59th minute with James Quigley fouling Jake Morris; Heffernan proving he has ice in his veins to give his side the lead for the very first time in the game.

Kiladangan desperately tried to manufacture the equaliser in added time, but Nenagh were not for breaking and another Heffernan free in the 63rd minute was the clincher and despite a converted Bryan McLoughney free and over six minutes of added time, Nenagh held firm with Hugh Moloney pointing with the last puck of the game, which confirmed a brilliant win as they lifted the Frank McGrath Cup for the first time since 2014.