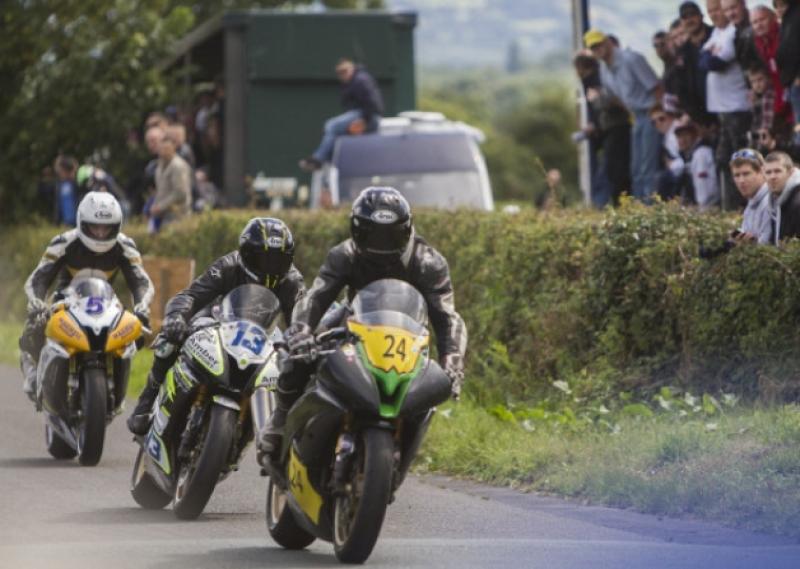 All roads lead to Faugheen, Carrick-on-Suir this weekend for the Faugheen Races

The Faugheen 50 Club is running its very successful motorbike road race in the village of Faugheen, just outside Carrick-on-Suir, this Saturday and Sunday, July 16-17.
The club first ran its national and international championship races in the summer of 2004 and has continued to run the event every year since, apart from a few years break during the recession and the Covid restrictions, on the middle weekend in July.
Following an absence of two years, another fantastic weekend of top-class road racing is expected, with lap records tumbling throughout the two days, and brilliant performances from all competitors.
Saturday is the day for practice, which means the competitors are racing for the positions on the grid for Race Day in their respective classes on Sunday.
Most of the racers are also racing to obtain All-Ireland Championship points. The winner will be the All-Ireland champion in a particular class, so prestige is at stake. Fierce battles at the top of each of the classes can be expected.
The Faugheen 50 Races have become one of the premier motorsport events in the south east.

With competitors and their crews coming from all over Ireland and abroad, with well over 3,000 spectators expected to attend the event, it’s a high-octane weekend of spectacular and competitive racing that's not to be missed.
The Faugheen 50 club has grown the event over the years to make it as safe, exciting, spectator and family-friendly as possible. There are plenty of very good viewing points around the circuit to watch the racing and car parking is available at the three entrances.
The main paddock will have refreshments and stalls selling motorbike clothing and other items.
Racers and spectators who have travelled the length and breadth of Ireland and overseas continue to come and see the racing in Faugheen. For many of those people, Faugheen is the place where the hospitality and people are memorable, hence their wish to return, year after year.

Following a two-year absence, even more people than ever before are expected.
The event has won the national race of the year award many times because of the work that the team of volunteers puts in to run a great spectacle between the hedges on the Faugheen technical circuit, where the top national racers attend, including Ireland’s national top racer, Dublin-based Michael Sweeney.
Entry to the event is €25 for either a day pass or a weekend pass, plus €5 for the programme. Spectators can pay on entry to the event.