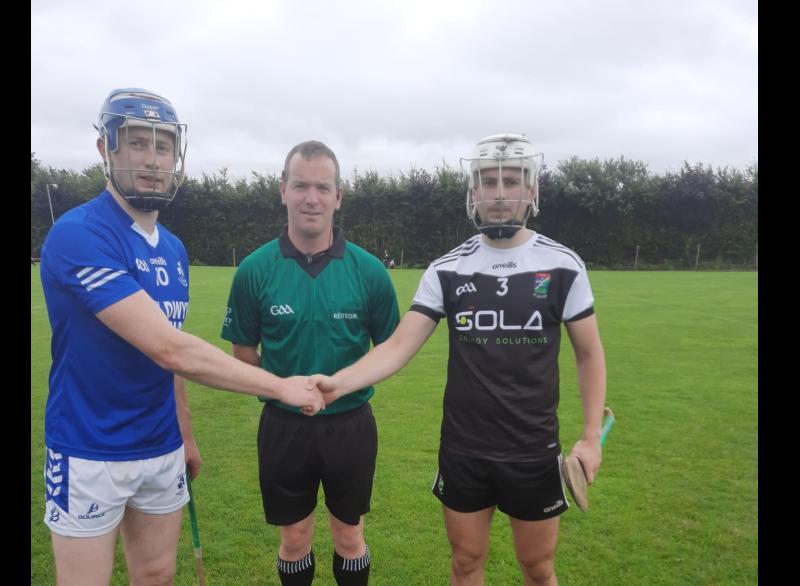 Recently-crowned mid champions JK Brackens and west runners-up Eire Óg Annacarty Donohill shared the spoils in this FBD Insurance County Senior hurling championship game.
The Templemore side dictated the pace from the outset, with Eire Óg only playing catch-up for the greater part of the game.
Eire Óg led only once during the contest, when Aidan Griffin converted a free 16 minutes into the second half but this lead was short-lived, as JK Brackens equalised almost immediately. However the west side stuck to their task and two injury-time points, the equaliser coming from Kevin Fox, salvaged a point.
JK Brackens went into an early four-point lead within six minutes of the start, as they ran through the Eire Óg defence. However Eire Óg settled and had the deficit down to the minimum three minutes later. Brackens’ first break came on ten minutes when Andrew Ormonde got in behind the Eire Óg defence to goal. This score was the difference between the sides at the break, 1-9 to 0-9.
The west men were back on level terms for the first time four minutes after the restart, but Brackens kept their heads in front until the 16th minute, when a converted free from Griffin put Eire Óg ahead for the one and only time.
The final quarter was nip and tuck, with the mid champions looking to have secured the points until two injury time points levelled the game for the fifth and final time in this entertaining contest.
JK Brackens hit the ground running and Shane Doyle got the scoreboard ticking over within forty seconds. David O’Shea, Lyndon Fairbrother (free) and Andrew Ormond tagged on points as the mid men jumped into a four-point lead by the sixth minute. Eire Óg were slow to start, but Paudie Bradshaw put over to open their account on seven minutes. From the resulting puck out Bradshaw gathered and doubled his tally.
Paidi O’Dwyer cut the deficit to the minimum two minutes later, as Eire Óg upped their game. JK Brackens got their first break when Andrew Ormond goaled to put them four up. Cian Mooney pulled one back for the west men before a brace from Fairbrother stretched the Templemore lead out to five.
Eire Óg hit a purple patch and points from Paidi O’Dwyer, Aidan Griffin (free) and Dinny Crosse kept them in touch. Shane Bourke put three between the sides, with four minutes of normal time remaining before the break. Aidan Griffin, from a 65 and Fairbrother from a placed ball kept three points between the sides, before David O’Shea got in for his second of the day to open up a four-point gap.
With almost the last puck of the half Tom Fox pulled one back for Eire Óg to leave them trailing by a goal (1-9 to 0-9) at half-time.