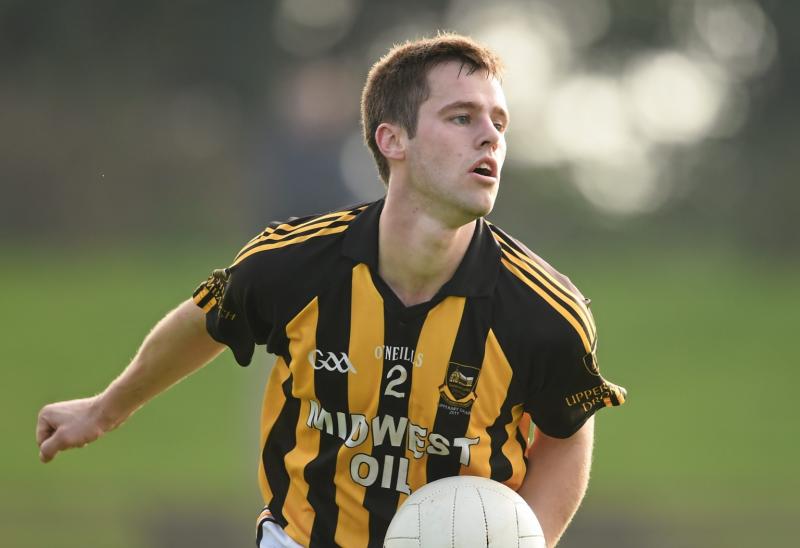 Upperchurch Drombane handled the  torrential rain far better in Dundrum this evening as they had a rather comfortable win against Cahir in the opening round of the FBD Insurance county senior football championship.

A game played mostly in appalling July rain went the way of the mid men, and despite playing some 50 minute with 14 men after an early TJ Butler red card, they played the game on their terms as Cahir were a rabble for the first half in particular, coughing up at least 1-3 of their opponents first half total of 1-8 through mistakes.

Minus the influential figures of the Grogan’s, Cahir looked really poor, even with the exception of the brutal weather. They looked nervous in possession, looked unsure of their game plan, and were ultimately beaten by a much fitter looking and more clinical Upperchurch team on the day.

In many ways, Cahir were architects of their own downfall, with some really elementary errors giving Upperchurch a lot of go forward ball in the poor conditions, and this started from early on in the game.

The mid men got the scoring underway through a Luke Shanahan free in the third minute, with Cahir looking fairly lively early on with a well taken Ger Quinn point from play just before they took the lead from a Jack Buckley free in the fifth minute.

It was fairly even in the opening ten minutes, but strangely enough, a red card for Upperchurch’s TJ Butler for a punch in the ninth minute led to a big purple patch for the mid outfit, with Luke Shanahan and Paul Shanahan scoring frees in the next couple of minutes, before nearly striking a goal for an interception in the 13th minute; Ger Grant blazing over just metres out to let Cahir off the hook.

Funnily enough, that missed opportunity was punished by Cahir, when they struck for goal from the resulting restart, with a lovely kick pass from Eddie Kendrick found Ger Quinn, who offloaded to the overlapping Ciaran Condon who galloped in on goal and slotted a brilliant right footed effort to the bottom corner to level it at 1-2 to 0-5 at the halfway mark of the half.

However, it was Upperchurch who remained in the ascendancy as they outscored Cahir 1-4 to a single point in the remainder of the half, with the Shanahan’s notching a pair of frees apiece along with Paul Shanahan goaling in the 23rd minute, exploiting yet another Cahir mistake in possession; Niall Grant setting him up to slot home with his left boot as the mid men had a comfortable half time lead of 1-8 to 1-3.

The ‘Church started the second half very well from the off and immediately took away the possibility of an early Cahir revival with a well taken right footed effort from Jack Butler to extend the lead to six points.

Upperchurch were playing more within themselves now, and with the conditions improving slightly with the pouring rain ceasing, they didn’t want to give Cahir any cheap opportunities, setting into their defensive shape for much of the remainder, and did some damage on the counter attack.

Jack Buckley pointed a free in the 35th minute but Upperchurch were finding plenty of room on the break once the Cahir attacks broke down, and this led to two Paul Shanahan points (1 free) to re-establish the six-point lead by the 41 minute mark.

But the numerical advantage was starting to tell for Cahir, as they were beginning to create some opportunities as they reeled off the next four points in a row through three frees from Buckley (2) and a Ger Quinn effort, before substitute Sean O’Connor lofted a beauty from the 30 metres out in the 54th minute to cut the gap to three points and give Cahir hope of a comeback.

But that was as close as they would come, as the Upperchurch defence held firm for the remaining minutes, with Aaron Ryan clinching the game settling point on the rum three minutes from time to give the ‘Church men a very solid start to their football campaign.