Rockwell Rovers goal their way to win over Drom 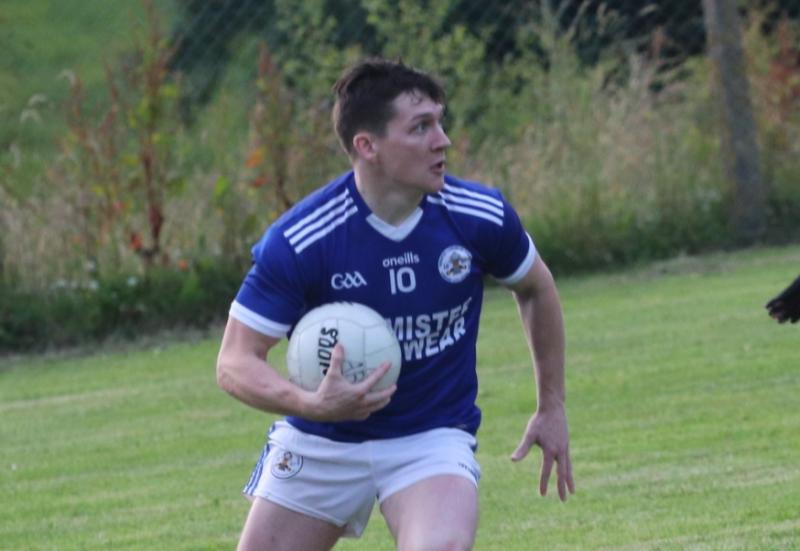 With Moyle Rovers and Kilsheelan-Kilcash also in this group this was a big win for Rockwell as they face into what might be considered the tougher games. This result takes the pressure off as they not only seek qualification for the knock-out stages of the championship but also in their  ambitions to retain their senior status by avoiding a relegation battle.

Drom were left to bemoan near misses. In the first minute David Butler had a goal-bound effort  turned away by Rovers goalie Eoghan Doyle and 4 minutes later were caught napping when a quickly taken line ball set up T J Ryan for Rockwell’s first goal.

By the 20 minute mark Rockwell were 1-6 to 0-3 clear but then Drom enjoyed a productive spell as Tommy Nolan, Jack Lillis, Darragh Kennedy and David Butler all landed points. Indeed, the Kennedy effort whizzed over the bar when a goal seemed likely, the second green-flag opportunity.

At half-time Rockwell led 1-7 to 0-8 and when Aidan Barron netted for the West lads 3 minutes after resuming they were very much in the driving seat. Alan Moloney, Gavin Ryan and Liam Fahey added Rockwell points for a 2-10 to 0-9 lead after 43 minutes.

It looked done and dusted but Drom kept up the chase. They were 0-12 to 2-11 adrift when David Butler broke through but his shot hit the post, a third goal chance gone begging. However Robbie Long and Podge Campion points left only a goal between the sides as the game drifted into injury time.

Drom threw everything into attack but left themselves exposed at the back. Alan Moloney started a move in his own half and followed it up to apply the finishing touch for Rockwell’s third goal to seal the points for his side.

There was much to admire about the Rockwell performance and they will be the better for this outing. They are comfortable on the ball, defend resolutely, and most importantly, have the ability to pick off scores. TJ Ryan and Alan Moloney led by example but the hard grafting of Liam Fahey, Gavin Ryan,  Kevin Cleary,  and Aidan Barron was also very influential in grinding out this result.

Drom-Inch’ senior status now hangs in the balance with difficult games against Moyle Rovers and Kilsheelan-Kilcash on the horizon. Despite the absence of a few regulars they gave a very good account of themselves and could yet trouble the “bigger guns” in the group. Their key men were Emmet Moloney, David Butler, Tommy Nolan, Fintan Purcell and Robbie Long.