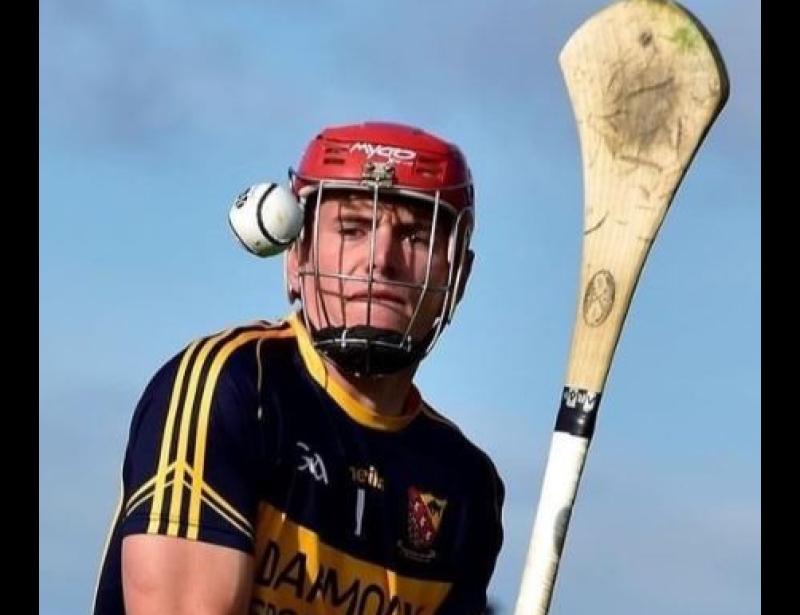 At the end of the game, Moycarkey Borris players and mentors celebrated their win as if the had won the county final. After all, their year appeared to be in disarray two weeks earlier when the received a trouncing from Kilruane MacDonaghs in the opening round.

At the other end of the field, the Nenagh players trouped off the field, dejected with their four point defeat in a game they could have won. Instead, they would have to settle for one point out of a possible four following their draw with Clonoulty Rossmore in round one two weeks previous.

But as the minutes went by the slow realisation that something serious was happening just five miles up the road in Semple Stadium when the news was filtering through that Dillon Quirke of Clonoulty Rossmore had collapsed with the game between Kilruane MacDonaghs and Clonoulty abandoned.

The result of the game, played seventy minutes previously, mattered little. For the record, a more resourceful Moycarkey side, in terms of scoring ability, produced a strong last quarter to win in what was a close hard fought and enjoyable encounter where scores were level ten times.

While the Moycarkey forward line performed well they also another scoring machine at the other end in goalkeeper Rhys Shelly, doubtful to play because of injury, scored three points including one from play which involved a short puckout to Chris McCullough and receiving the return the Moycarkey netminder drove long and high from his own twenty metre line to make it Moycarkey 0-3 Nenagh Eire Og 0-2 after eight minutes.

The lead stretched to two before Jake Morris, a real threat to the Moycarkey defence, worked his way in from the right to score a great goal using his customary tennis swing in the process.

As well as Jake Morris playing well, Nenagh could rely on Conor Hennessey, Conor McCarthy and Cian Crowley while the evergreen Michael Heffernan covered acres of ground while Cian Crowley and Adam Healy did well with both turning provider for Tommy Heffernan to bisect the posts giving Nenagh a 1-4 to 0-4 lead after thirteen minutes.

Whatever trouble the Moycarkey defence had in coping with Jake Morris, there were positive signs in other areas with Kevin Hayes, Pat Molloy plus the midfield sector of Kevin O’Regan and Kieran Cummins gaining possession from time to time and in the 17th minute, Nenagh keeper and debutant, Dermot McTiernan, in place of the injured Mark Tuite, was penalised for over carrying which resulted in a close in free where Kieran Morris sent the resulting free to the roof of the net with lightning speed.

Despite the setback, McTiernan (in place of the injured Mark Tuite) continued to do well for Nenagh as did Jake Morris who produced an excellent equaliser in the 18th minute. 0ver the next six minutes both teams were level three times with Moycarkey taking the lead each time thanks to Kieran Cummins, John Bergin and Darren Flood only for Nenagh to come level each time through Paddy Murphy, Jake Morris and James Mackey.

Approaching the half hour mark, Nenagh regained the lead through Jake Morris before John Bergin brought parity for the seventh time to leave the half time scoreline reading 1-9 each.

Nenagh had use of the breeze in the second half but met early resistance when Tom Hayes pointed in the 32nd minute.
However, Michael Heffernan efforts were worthy and his angle free plus a point from play had Nenagh in front by the 40th minute.

With neither side were prepared to let go Moycarkey regained the lead with Kyle Shelly and Niall Heffernan on target with the former a point of real class after new substitute Jack Fallon had turned provider. Not to be outdone, Michael Heffernan continued his tour de force with an equalising free from his own sixty-five - level for the tenth time at 1-12 each.

But Rhys Shelly’s puck outs were enormous and with the strength of the breeze beginning to decline, he set up his team with another attack with Kieran Morris won arial ball before turning provider for Fallon and Tom Hayes who dispatched the ball past a helpless McTiernan giving Moycarkey a 2-12 to 1-12 lead and nine minutes remaining.

The subs bench was busy with leg muscles in trouble and Nenagh lost Cian Crowley while Moycarkey went four in front thanks to a free by Kieran Morris. Nenagh replied with Michael Heffernan scoring after Conor Ryan picked him out with a fifty metre hand pass.

The Nenagh push continued with Jake Morris flying down the wing before winning a free and Michael Heffernan converting leaving two between the teams on the hour mark.

But Moycarkey went four in front with Tom Hayes and Chris McCullagh from long range scoring in the 62nd minute. Michael Heffernan’s seventh point kept Nenagh within striking distance but the usually accurate striker had a difficult evening from placed balls towards the end (both sides struck fourteen wides each) and with play reaching the 67th minute it was JJ Darmody’s long range score sealed victory much to the excitement of Moycarkey players and supporters alike.