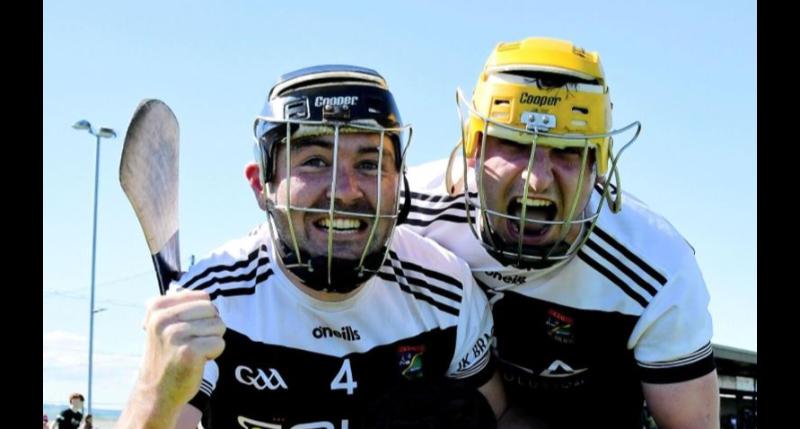 An absolutely barnstorming last quarter from Shane Bourke and JK Brackens paved the way for what looked like an unlikely and improbable win, as the Templemore men outlasted Nenagh Éire Óg in FBD Semple Stadium this afternoon to book their place in the quarter-final.

Nenagh looked to be cruising to victory for much of this game, as they had much the better of a tame first half of hurling, leading 1-9 to 0-7 at the break and they managed to maintain that lead up until the final quarter of the game, when an Andrew Ormond goal in the 43rd minute sparked Brackens into life.

Ormond and veteran forward Shane Bourke were the match winners for the Templemore side, scoring 2-3 between them in the final quarter to blitz Nenagh who were completely shell shocked come the final whistle.

To say the first half game was one for the purest is an understatement, as it was as dis-jointed and scrappy a game as you’ll see this year, but it was Nenagh that made better use of their forward unit early on, with Jake Morris having an early sight at goal, breaking onto a ball before striking low but it was well stopped by Jack Kennedy.

The first score of the game wouldn’t come until the fifth minute from Mikey Heffernan (free) and Jake Morris added his first of the day to that effort in the eight minute to give Nenagh the early lead, but Lyndon Fairbrother pointed his side’s first a minute later.

Nenagh were making slightly better use of their possession though, and the Heffernan’s were finding space at times in the inside line, particularly through Tommy who followed up a second of the day from Mikey with his first from play as Nenagh beefed out their lead to 0-4 to 0-1 after 16 minutes.

Brackens looked hellbent on keeping it packed in their back division, which led to a lot of back and forth between the defences, and Brackens more so were struggling for scoring opportunities, with their first score from play coming from Dean McEnroe in the 19th minute.

The game got a sudden jolt right after that score, when Nenagh struck for the first goal of the game, when Tom Murphy lost possession on his own half back line and James Mackey broke on the ball at pace to run in on goal and rifle the ball to the top corner to give Nenagh a 1-4 to 0-2 lead with ten minutes of the first half remaining.

The Templemore men didn’t get fazed by this sucker punch though, and bagged the next three points with two Lyndon Fairbrother points from frees either side of an Andrew Ormond effort which was gifted to him by a Mark Tuite puckout, to cut the gap back to a goal after 25 minutes.

But it was Nenagh who finished the half stronger with points from Tommy Heffernan, Jake Morris, and Mikey Heffernan (all from play), giving them a deserved lead of 1-9 to 0-7 at the half time break.

Tommy Heffernan extended the lead further after less than 30 seconds of the first half, and Brackens very nearly shot themselves in the foot from the resulting puckout, with Jack Kennedy not finding his man, it broke into Jake Morris who had a lash from the 21, but Kennedy redeemed himself with the save; but Tommy Heffernan pointed when the ball was recycled out.

Indeed, Brackens were just not at the races as Nenagh maintained a five point lead up to the 43rd minute with Mikey Heffernan pointing three in that time (two frees), but the game suddenly sparked into life when Paddy Cadell set up Andrew Ormond who blasted a shot to the back of the net to make it a 1-13 to 19 lead to Nenagh with the final quarter to come.

That visibly rattled Nenagh, as they started to give away some poor fouls and with Lyndon Fairbrother pointing the next two points from frees it was looking like it was going to end up a tight finish.

Nenagh made a few changes to try and re-establish themselves and a lovely Mikey Heffernan point from play, along with a very well taken strike from Cian Crowley put the four up once again, but you could see now in the Brackens players that they could win the game.

They moved Paddy Cadell to midfield and that made a big difference, with Neil Quinlan going to centre back, but it was Shane Bourke going inside that made the big difference, as he pointed a beauty in the 53rd minute, before he linked up with Andrew Ormond for a fantastic goal, giving a one-two with Ormond before batting in from an angle to put his team one up with five to go.

Mikey Heffernan and Lyndon Fairbrother traded frees in the next couple of minutes, while Shane Doyle scored an absolute peach as Backens regained the lead, but it was tit-for-tat as Paddy Murphy found James Mackey to equalise a minute from time.

However, the experience and class of Shane Bourke proved to be the winning of the game for Brackens, winning a free for Lyndon Fairbrother to point in the 63rd minute, before firing over a class effort of his own to open up a two point lead with the stated four minutes of added time almost up.

But there was still time for Nenagh, and when Shane Doyle had an effort blocked to extend the lead, Nenagh went down the field and Jake Morris almost had a sight of goal, only to be dragged down by Jordan Moloney, and two points down, Nenagh took the point with referee Fergal Horgan indicating time left for the to find an equaliser.

It was incredibly tense in the new stand, but Andrew Ormond settled the nerves with a well taken point from the resulting puckout, and despite Mikey Heffernan pointing again, it was Shane Bourke and Ormond who linked up with the final play, as the latter found the former with a lovely pass in front of goal to finish and seal a famous win for the Brackens and send them into the quarter-finals proper.