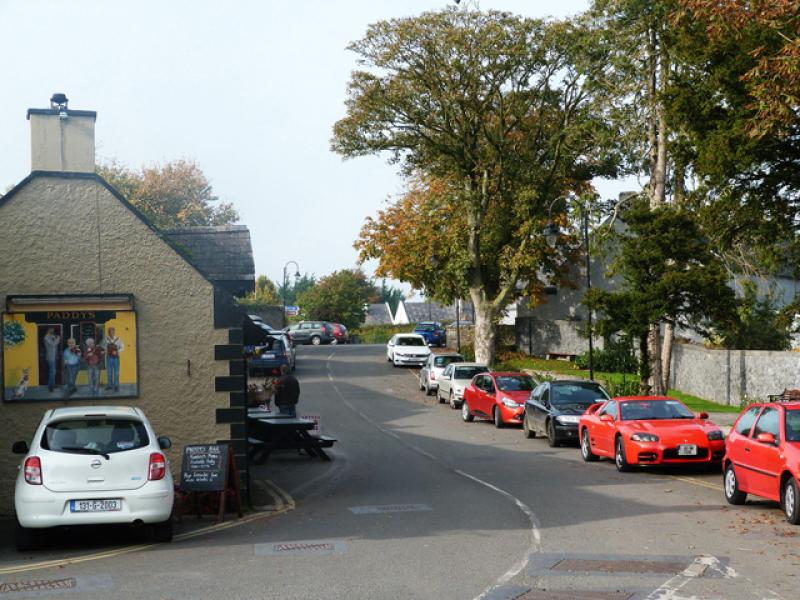 Terryglass residents who blocked a local road this Monday in protest at its condition, have pledged to carry out further protests if Tipperary County Council ignores their concerns.

Around 50 residents closed the road between Terryglass and Borrisokane which road forms part of the Tipperary Cycle Route and is a busy stretch, especially during the tourist season.

A public meeting has been organised for the hall in Terryglass this Wednesday night, January 31, where residents and people affected by the road will formulate plans for future action.

A 1.7km stretch of the route was described as “diabolical” this week by local councillor Michael O'Meara.

And local resident Niall Heenan has described the road as “not a safe route to travel on”.

He said that patching had not worked on the road and it was now “irreparable”.

Kilbarron-based Cllr Joe Hannigan welcomed this week's extra roads funding for Tipperary, but said it was just a “drop in the ocean”.

“You could go to any parish and find a similar situation to Terryglass,” he said.

He said preventative maitenance would have to be looked at, as well as how the council spent its funding.

The road is not in the roads programme, but, he was hopeful they would get something this year.

Meanwhile, Cllr O'Meara said the residents were hoping to highlight the issue by closing the road and pledged the campaign would not end after Monday's event.

“It is in a shocking state,” he said.

While the road is passable, Cllr O'Meara said the residents were “upping the ante” and wanted to increase awarenesss of the road's condition with council officials.

“I could name a dozen roads which have completely disintegrated. Patching just won't work,” he said.

Cllr O'Meara also said the increased funding for local roads, which means an extra €1.7m for Tipperary, was a "pittance".

"We are living on the clippings of tin," he told the Tipperary Star.

Cllr O'Meara said that with agriculture and the rural economy worth about €20bn annually, to borrow and spend €3bn fixing rural roads throughout the country was "not an awful lot".