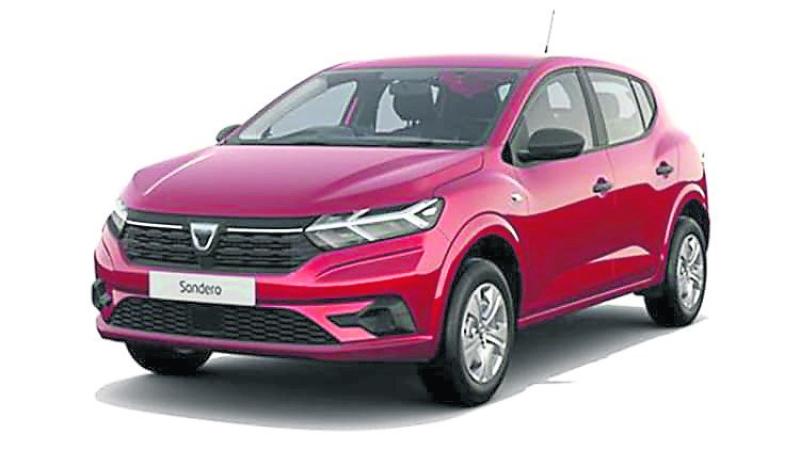 Check it out now at Cleary Motors, Loughtagalla, Thurles

Well, it's time to re-introduce that particular phrase to the motoring vernacular because Dacia have only just gone and produced a really cheap and cheerful car in the form of the new Sandero.

There are plenty of cheap cars on the market, but none can compete with the Dacia range right now. And, while the original of the species across the range were described as being 'functional', the latest in the line-up have taken a bold step forward and are now way more than functional - in fact, you can take the scalpel to that word 'functional' and cut a third off of it, leaving it at just 'fun'. Because, the Sandero is fun to drive, looks a hell of a lot better than its predecessor and comes in at about a third of the price of many of its competitors.

Dacia has been gaining more and more of a strangehold on the domestic market by the year - the Duster is extremely popular and the remodelled Stepway is also a far superior car to its last incarnation. There are more models on the way too in the coming months, but suffice to say, the Sandero we had on test drive from Cleary Motors, Loughtagalla, Thurles was an impressive machine which would do justice to any driveway you care to mention.

This multi-fuel vehicle (petrol and LPG) has great presence, lovely road holding and plenty of space for a car of its kind - it also boats decent uumph on the road. The boot room is generous, and the rear passanger seats comfortable and spacious, according to those who occupied them.

In comparison to the original Sandero, Dacia has packed the latest car with technology - the reversing camera is particularly good with as sharp a screen as you will see in any vehicle. And, most of the instruments and functions you would want in any car are there and very easy to manage.

In fact, that's one big advantage Dacia has over many of its competitors - the vehicles are really easy to drive; easy to manage; and a degree in aeronautical engineering is not required to change from one radio station to the next, or to check out how much fuel you have left in the tank.

The original Sandero took on its competitors by advertising its budget benefits. But, it's fair to say that the new Sandero is not only attacking on the price front - €39 per week is the price being quoted - but it is also giving competitors a run for their money when it comes to style, substance and that must-have element which is so vital in the motor industry.
The new Sandero is certainly turning heads and will have many a traditional Ford, Toyota, Renault, VW and Nissan motorist scratching theirs when considering a move.