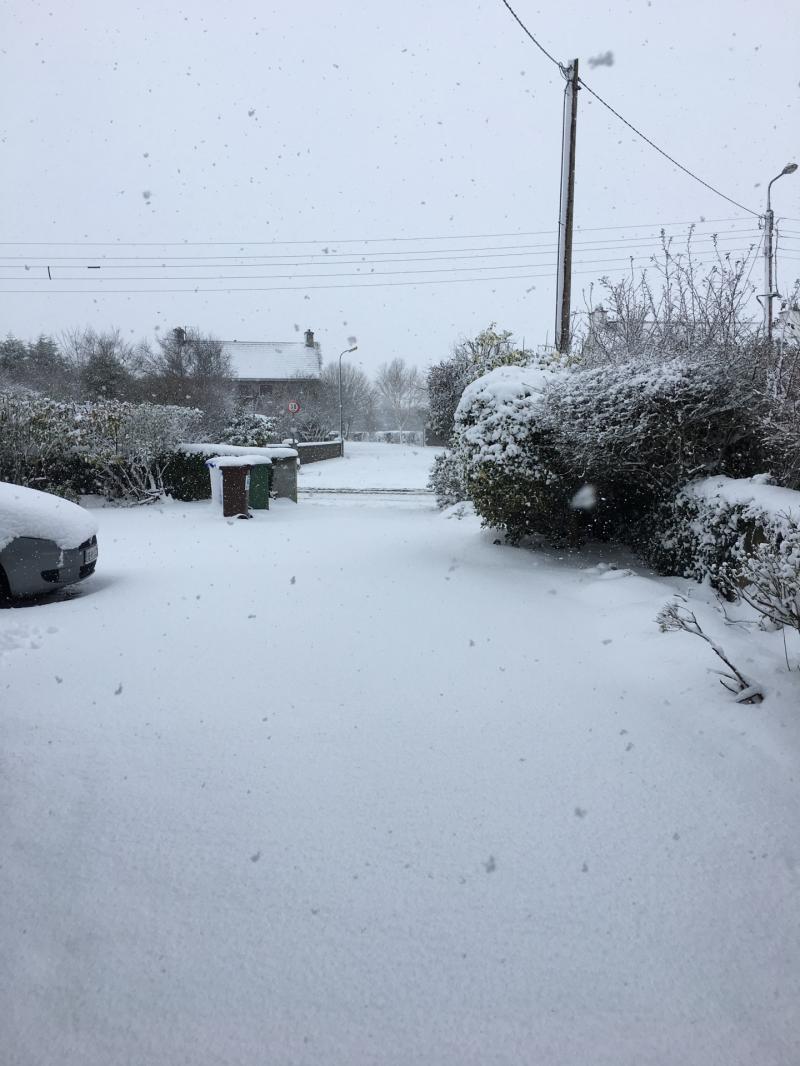 With the Status Red weather in Tipperary downgraded to Orange this Saturday morning, Tipperary Gardai have praised the public for heeding the advice over the past few days and staying indoors.

"I would like to compliment everybody," said a Garda spokesperson at Nenagh Garda station. "The general public heeded the warnings."

However, they urged motorists to use continued caution on the county's roads, especially on minor and secondary roads which may yet have to be cleared or gritted.

They also praised the local Civil Defence and the many groups who had come to people's assistance since the Beast from the East and Storm Emma hit the Premier County last Wednesday.

The Civil Defence, as well as the Gardai, had ensured that some essential staff had got to work, including nursing staff at Nenagh Hospital, he said.

"It was a case of all hands to the pump and everybody did their part. Civil Defence did a lot of work helping out," said the spokesperson. "We are satisfied how it all worked out."

"All our Gardai turned in for work, including one member who took a lift on a tractor to the main road and was ten collected by a patrol car," they said.

The local Gardai had augmented their own 4x4 fleet through hiring an extra vehicle to help them get around.

There was only one reported traffic accident over the past few days, in Borrisokane, and no one was injured, they said.

While most shops stayed closed on Friday, local businessman Michael Collins, who runs O'Coilean's confectionery and bakery on Kenyon Street in Nenagh, praised the efforts of his staff to keep the shop open so that people could get food.

"They all turned in for work. I have just finished leaving the last of them home," he said at 9pm this Friday.

Local pharmacist Denis Finnerty also stayed open to ensure people had medical supplies and to respond to any medical emergencies.

With major retailers in Nenagh closed on Friday, Centra opened at midday, with queues around the block as people caught out by the weather waited in line for milk, bread and other items.

The store posted a "thank you for your patience" notice on its premises as staff dealt with the unprecedented number of shoppers.