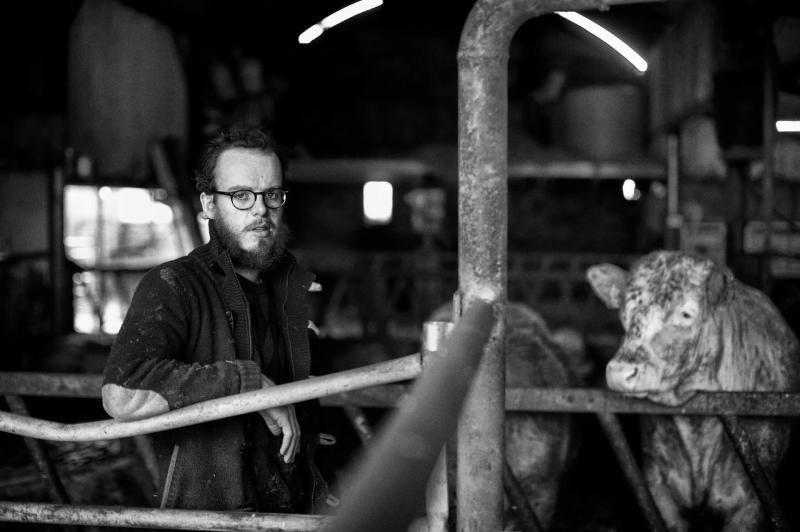 Author John Connell will be attending this year’s Dromineer and Nenagh Literary Festival (4th-7th October) to talk about his highly praised memoir, The Cow Book: A Story of Life on a Family Farm. As well as discussing his inspirations, John will do readings from his book, which has become something of a surprise success for the first-time writer. The Cow Book has been on the Irish bestseller lists for months, has just been released in Australia and New Zealand, and is due to be published in the US as The Farmer’s Son next year.

Connell will be discussing his book with journalist and broadcaster Sinead Gleeson alongside renowned British poet, Ruth Padel. The evening promises to be a lively and interesting one as, although both authors are passionate advocates for the natural world and its importance to human wellbeing, they couldn’t come from more different backgrounds. As outlined in his memoir, Connell hails from a non-literary, rural background in Co. Longford whilst Padel is practically British literary royalty, coming from a long and impressive line of writers, artists and naturalists, amongst them her great, great grandfather, Charles Darwin. It should be an intriguing and enlightening discussion as they share their personal perspectives.

The story of The Cow Book is John Connell’s own story- about a returned emigrant returning home to the family farm in Longford and his struggles to get to grips with his new yet old life, his mental health, and his journey to becoming a writer. In some ways the story is already quite familiar to many in rural Ireland but the raw honesty with which the writer depicts his often very fractious relationship with his father, his struggles with his own psychological health and his frustration with trying to make a living from smallholding farming, is affecting and eloquent. As he says himself:

“It (is) the honest account of a life that (is) both local and universal. The story of fathers and sons, rural communities pulling together in hard times and ultimately the story of a man falling in love with life again after dark times.”

John has also recently been heard on BBC Radio 4 on Four Thought: Back to the Land, where he speaks about how the connection to land can heal the modern urban soul. There is a general perception here in Ireland also that we too may have lost our closeness to the land in modern society. However, Connell believes the link is still strong and that people are seeking out ways to reconnect. In a recent interview with the Irish Examiner he elaborates on this theme:

“With Irish people you only have to scratch the surface, even people in an urban environment are probably only a generation away from a farming background. In that respect, the book has captured readers young and old, urban and rural. In the modern world people are disconnected from the earth, and they’re looking for that connection in books and films and other places, to regain what was lost.”

Depression features in the book as it was a core part of the reason for John returning home to Longford. Life in Australia as an investigative journalist had been going well, “until-“ as John puts it succinctly – “it wasn’t”. Latterly he started experiencing panic attacks and suffering from mental health problems.

It emerged recently that his subsequent discussion of depression and mental health in a radio interview with Ryan Tubridy actually saved one man’s life. As reported in the Irish Times by Pat Harrold, a man who was on his way to end his life heard John Connell’s interview with Tubridy on his car radio and turned back to seek help for his depression. In the same article, rural isolation and the inherent loneliness of farming was summed up in the heading: ‘Sometimes the only voice a farmer hears is on the radio in the tractor cab’.

So, this is a book that is indeed about Cows, about the physicality of calving, about our attitudes towards this domesticated animal in our country, about the wind, the rain, the smells and sounds and the familiar cadences of farming life… but it is also about so much more. John Connell’s own words sum up his message best:

“With farming, there’s a rhythm, a sense of purpose in what you’re doing. And in our lives we all need a sense of purpose, whether you’re a journalist, a priest or an accountant. That’s the most important thing, and finding your purpose is hard.”

John Connell will do readings from The Cow Book and be interviewed by Sinead Gleeson, journalist and broadcaster, alongside poet Ruth Padel, on Fri 5th October at 8pm in Nenagh Arts Centre. To book, contact: (067) 34400 or www.nenagharts.com