'No decision made on my future in public life' - Gerard Fogarty 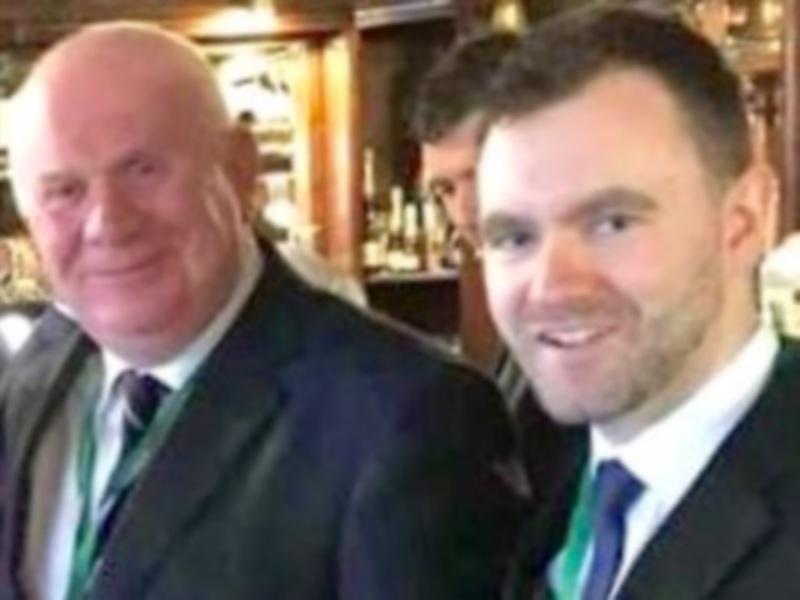 Former Thurles Town Councillor Gerard Fogarty has said that he has made no decision on his future in public life, having lost out for a position on Tipperary County Council to Littleton colleague, Cllr Sean Ryan.

In a statement to this weeks Tipperary Star, Mr Fogarty said that he was pleased with the level of support received and thanked all those who backed him especially considering the very tight deadline to fill the seat vacated by Deputy Jackie Cahill's elevation to Dail Eireann.

"I was honoured to have been nominated to fill the seat. I let my name forward as I wanted the opportunity to return to public life and continue the work that I did on Thurles Town Council to support businesses and community groups, and promote efforts to give Thurles a more vibrant future for its young people.

"The Government's strategy is failing Thurles. According to CSO figures youth unemployment has hardly changed since the last election, and too many students are graduating for export. After meeting people all across Tipperary while campaigning over the past few months, it's devastating to see little investment or confidence across the county since the last election.

"I am happy with the support that I received at the convention; it is a difficult place to start off having just my own vote on my street, and having another great candidate nearby in my own Cumann. It was a very short campaign, with two days notice, I didn't get time to speak to a lot of delegates, but it was a great insight and I am grateful to talk to so many of them from all across the area,” Mr Fogarty said

He continued saying that Sean Ryan and Pat Hayes have been excellent contributors to the local community and are great Fianna Fail men. It was, he said, an honour to have been on the ballot paper alongside them.

"Sean has taken the seat that he deserved to fill following the tragic death of the great Harry Ryan in 2006, and again in Election 2009. Moycarkey has had its voice returned. The phenomenally strong vote that he received from the far corners of the electoral district are testament to the qualities that only he could offer.

"I know that he will be a great Councillor, and I look forward to working with him. I'm sure that he will have no problem filling the big shoes that Jackie Cahill has left and continue his hard work.

"The Eamonn and Sinead deValera Cumann Thurles is in a progressively stronger position, having two members of National Executive, a hardworking County Council Cathaoirleach, and it's first TD since before the County was last united. Fianna Fáil now have a very strong, fresh team in Thurles who will work hard to deliver investment, and better politics for our communities.

However, Mr Fogarty, who was the sole Fianna Fail member of the last Thurles Town Council having been co-opted following the resignation of Councillor Gerard O'Brien who moved to work as a Circuit Court Judge, would not be drawn on his future in public life and said that he wished to concentrate on his training as a solicitor, on his voluntary work projects, and on the familly business in Parnell Street, Thurles.

"At 27, I've no decision made as to my future in public life. Following the General Election", he concluded, "my focuses can now return to continuing my work on the Fianna Fáil National Executive, my various voluntary work, solicitor training, and our family business," he said.