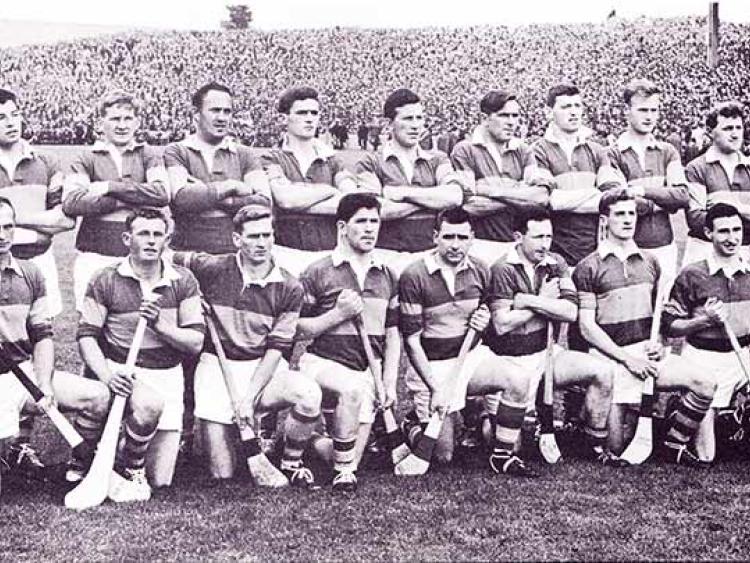 The Tipperary panel from the 1965 All-Ireland Final. John Dillon will be laid to rest tomorrow.

The Tipperary GAA world is today mourning the passing of former player John Dillon of Roscrea who was aged 76.

At club level  John played with the Roscrea club in north Tipperary and captained them to their first ever senior county title in 1968 - a tremendous occasion for the club when they defeated Thurles Sarsfields by 2-13 to 3-4. Roscrea had lost to Carrick Davins in the '67 final and had lost five county finals before winning their first in '68. Between '68 and '73 they would capture the Dan Breen Cup on five occasions - they won it also in 1980, their last time winning the Tipperary senior hurling championship.

John, who was regarded as a gentleman on and off the field of play, had  started in the Munster minor hurling championship of 1960 (first round against Limerick) and 1961 when he was a regular at right corner back. While Munster honours were won, Kilkenny proved too good in both All Ireland finals. John played intermediate hurling for Tipp in 1964, but they lost to Galway in their opening game. There was success at under 21 level, as John was a stalwart on the Tipperary team which won the inaugural Munster and All Ireland titles. He was at right corner forward against Wexford, on a team which included club mates Owen Killoran and Francis Loughnane - the captain.

The Roscrea team which won the County senior hurling championship for the first time with John Dillon as captain in 1968.

In 1965 John was on the training panel with Tipperary seniors who beat Wexford in the All Ireland final to win the Premier county's 21st All-Ireland title.

Always a gentleman, John, of Knockbrack House, Convent Hill, Roscrea, Tipperary, spoke gracefully, saying all the right things in a respectful manner, after lifting the Dan Breen Cup in 1968 for his club. He will be missed by all hurling people in Tipperary and beyond.

John will be lying in repose at his home (E53 YW42) this Tuesday afternoon from 3.00pm with rosary at 8.00pm. Removal on Wednesday afternoon, arriving in St. Cronan's Church, Roscrea for Funeral Mass at 2.00pm and burial afterwards in the adjoining new cemetery. There will be no parking at his residence, but parking will be available in St. Cronan's Church cark park.

Sympathy is tendered to the bereaved.