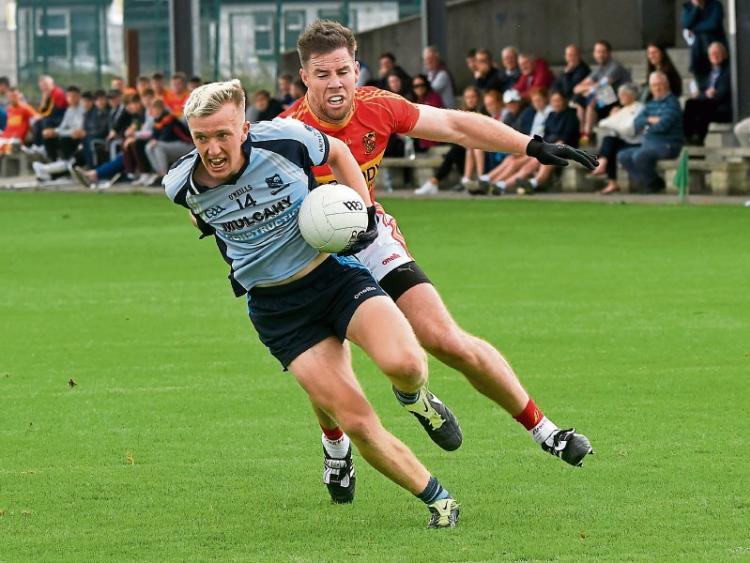 With a game to spare Moyle Rovers booked their place in this year’s county senior football championship semi-finals with a 15 points victory over Moycarkey/Borris on a perfect pitch at Golden this afternoon (Sunday).

It was a business-like performance from the Powerstown/Lisronagh side who right from the start stamped their authority on proceedings and never at any stage looked anything but comfortable against last year’s county intermediate champions.

Inside four minutes the full-forward line – Stephen Quirke, Riain Quigley and Shane Foley – had all pointed from play as Rovers quickly went to dispel any notions of an upset the Mid Tipperary side might have entertained.

Two further points from Liam Boland and superb effort from the classy Quigley from over on the right hand side had the John Owens’ managed side five to the good after just nine minutes of play.

Moycarkey eventually got on the scoreboard in the 11th minute, Rhys Shelly pointing a free won by Rory Ryan’s effort at taking on the Rovers rearguard.

After Liam Boland made it 0-6 to 0-1 with his first free in the 14th minute, Paul Dempsey in the Moycarkey goal got plenty of work to do. He initially pulled off a brave save from the marauding Tadgh Fitzgerald which rebounded out and Jack Harney duly sent over the bar. A minute later Dempsey was forced into full stretch to deny a Quigley looping effort sneaking under his crossbar. 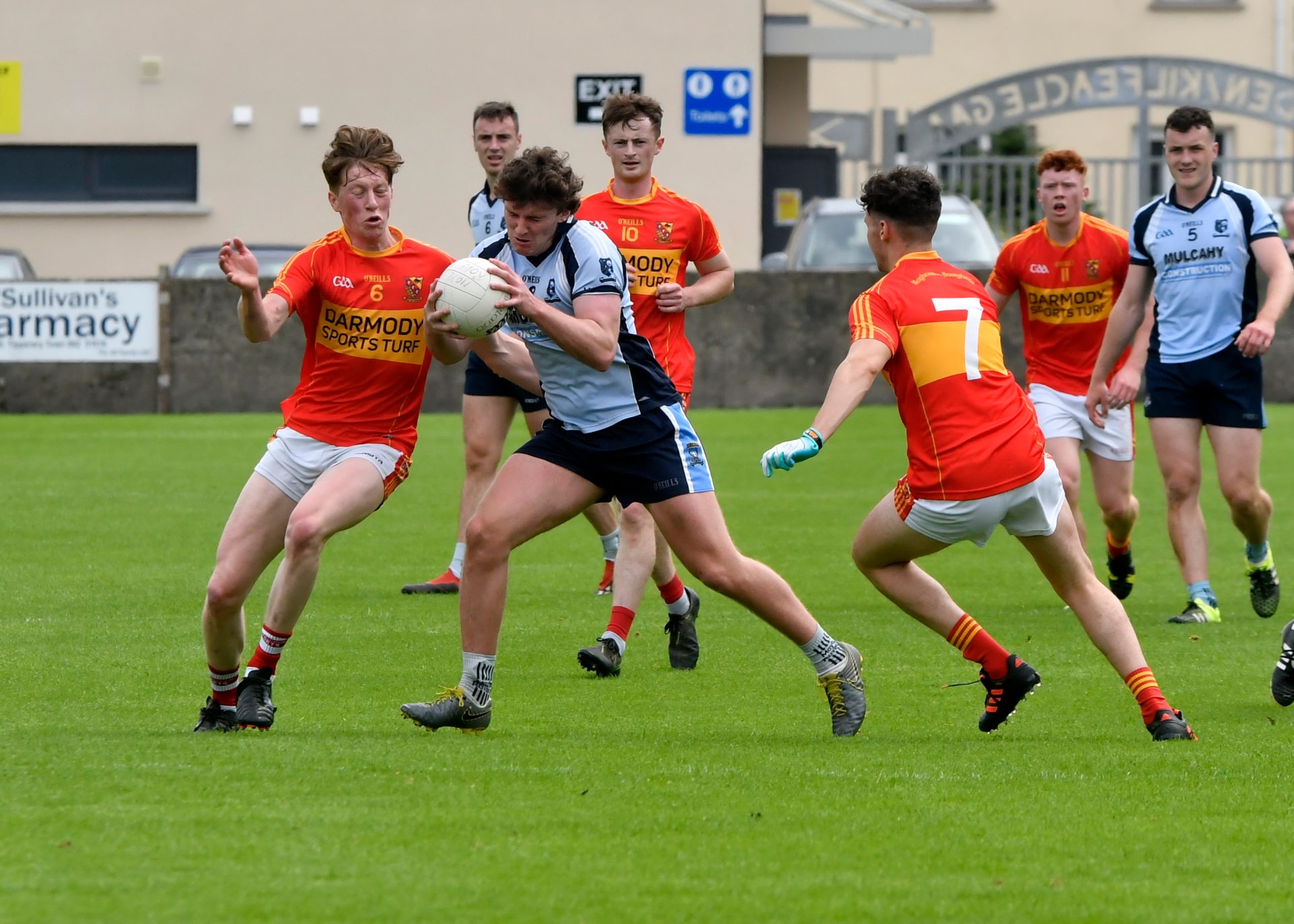 The Mid men had their first point from play in the 23rd minute with Darren Flood setting up Diarmuid Maher for a fine point from 40 metres range.

The goal that Rovers had been threatening minutes earlier eventually arrived six minutes or so before the interval. A move linking Liam Boland and Riain Quigley was finished well by Shane Foley to put the Monroe side eight points up. Game over more or less.

Before the interval Liam Boland and Rhys Shelly swapped frees as the South Tipperary side went to the break leading by 1-8 to 0-3.

Moycarkey had the opening score of the second period inside a minute with a free by Shelly, earned after the industrious Diarmuid Maher forced a turnover to pressurise the Rovers’ rearguard. But there was to be no comeback of any sorts, with Moycarkey having to wait a further 22 minutes for another second half score.

In that intervening period Moyle Rovers were to score 1-7 without reply as the gulf in class seem to magnify as the game developed. Alan Campbell, Danny Owens, Tadgh Fitzgerald were getting on a lot of ball and the Foley brothers, Shane and Diarmuid, were ready to stretch the Moycarkey backs at every opportunity.

In that period of dominance it was the class of Riain Quigley’s points (3) from play that stood out most, with both Shane Foley and Liam Boland (2, one free) also adding to the tally.

The second goal for the Rovers eventually arrived halfway through the second period when a shot by Stephen Quirke was again well saved by Paul Dempsey before Dara Ryan reacted quickest to ram home the rebound for a 2-14 to 0-4 lead.

At the second half water break the Mid side introduced four substitutes but it was Rovers who kept the foot on the pedal and three points from play from Liam Boland, Dara Ryan and Tadgh Fitzgerald were only broken up by a Rhys Shelly free.

When it looked like Moycarkey would end the second half without a score from play, they dismissed that probability with a goal in the 59th minute. It came after an attempt at a point was off target and Rhys Shelly and Michael Maher picked up the pieces to set up Diarmuid Maher for a goal his efforts fully deserved. It was but small consolation on a day that the Dermot Maher managed side faced up to the reality of playing football with the bigger senior clubs in the county.

Rovers will be delighted to be through to a county semi-final after just two games this year. Their third group game in three weeks time will be against Eire Og Annacarty / Donohill who themselves need a result to avoid the relegation play-offs.

Today’s win was as comfortable for them as they could have wished but, to their credit, there was a focus in their play from the outset and they made life as easy as they could for themselves, something the Rovers don't also manage. 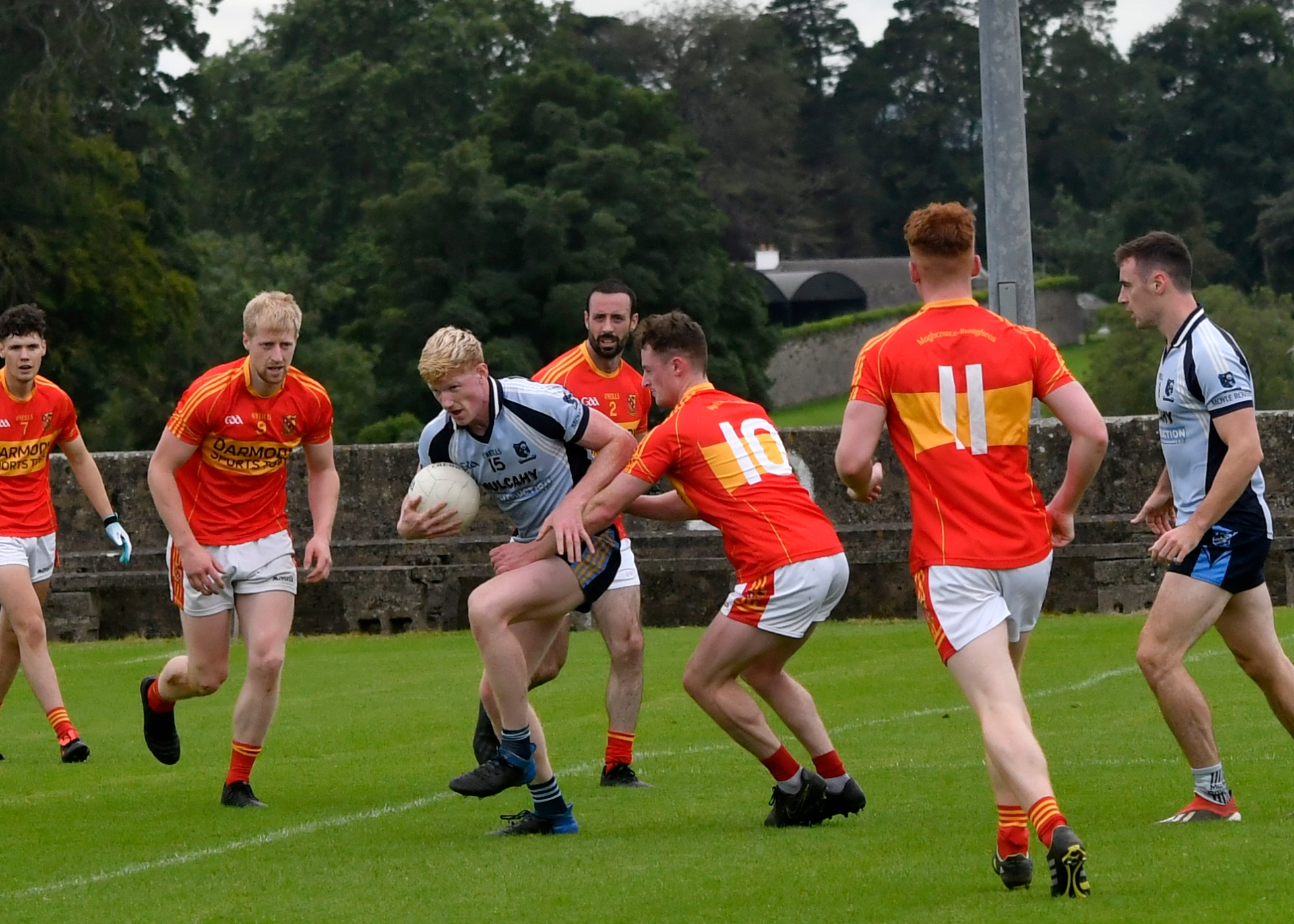 The defence was largely untested but as a unit dealt with all that came their way. Danny Owens and Luke Boland (in the first half) ruled the roost around the middle, while upfront Riain Quigley and Liam Boland were scorers-in-chief. The industry of Dara Ryan and Shane Foley impressed also.

Moycarkey/Borris can thank Paul Dempsey in goal for a number of top class saves without which the scoreline would have been greater. Others who had their moments were Eoghan Cantwell, Peter Kinane, Eoghan Hayes, Bill Maher, James Dillon and Diarmuid Maher.