Thurles CBS says goodbye to one of its own: Tribute to Mr Charlie O'Loughlin 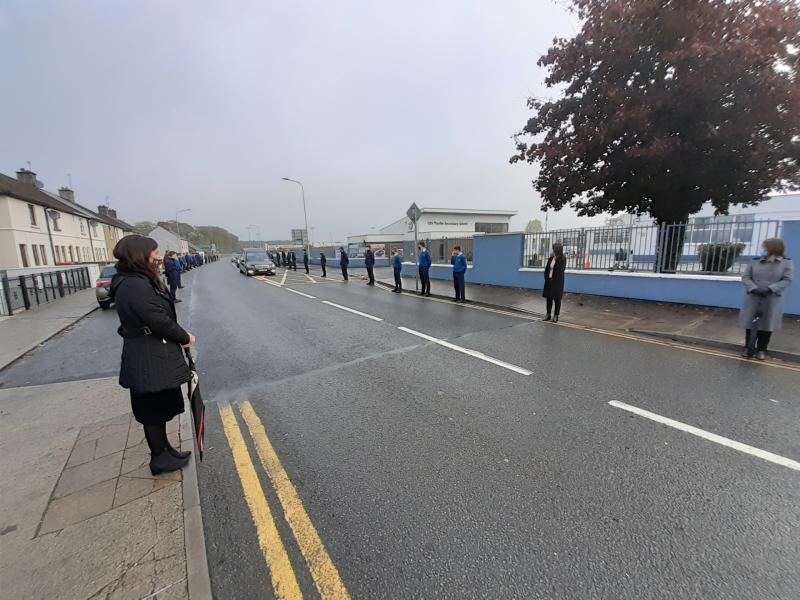 A dark cloud of sadness hung over Thurles CBS as staff and students of the school said a final goodbye to their dear friend and former colleague Mr. Charlie O'Loughlin.

The guard of honour outside the school was a fitting tribute to a man who gave almost 40 years of dedicated teaching to the CBS.

In a poignant moment felt by all, Charlie passed his beloved workplace for the last time, pausing momentarily in front of the school gate before the funeral procession made its solemn journey to the Cathedral of the Assumption for requiem mass.

Although Charlie retired from teaching in 2009, he never severed his ties with the school or his colleagues. His continued support of the CBS was always evident at the various school events over the years, including matches, school celebrations and staff social gatherings.

In the days following the sad news of Charlie’s passing many stories were shared among those of us who worked with him over the years.

We all smiled as we reminisced on the days of old when Charlie ‘held court’ entertaining all with stories and yarns, many of which were richly embellished with a generous topping of hyperbole.

Of course, being a proud Cork man, Charlie saw himself as an authority on all things GAA. He loved the craic and rivalry on Munster championship days when Cork met Tipperary.

During his earlier years in the CBS when Cork were the Kingpins of Munster hurling, the bragging rights were his, and being a true Rebel, he took great pleasure in this.

There will be many a great hurling match between Cork and Tipperary in his final resting place in Killinan Cemetery.

Charlie was highly regarded as a teacher and maintained contact with so many of his former students, rarely forgetting their names or where they came from.

He was always proud to hear of their successes in their chosen careers and loved to chat and reminisce about their time in school.

There are so many memories that we will cherish. We remember the cheeky grin, the chats on the corridor, the craic, the wind-ups, the contentious political discussions and his undying devotion to the Rebel cause. But most importantly we will always remember the hand of friendship and Charlie was a true friend.

We were privileged to have Charlie as part of the CBS family and though our loss is immense, the loss to his wife Mary and sons, Bryan and Barry and the extended O'Loughlin and Burke families is immeasurable.

His family was always such a source of pride to him and the thoughts and prayers of all in the CBS are with them at this very sad time.

Rest in peace Charlie, you were one of a kind and you will be sadly missed by all in Thurles CBS. Ar dheis Dé go raibh a anam dílis.