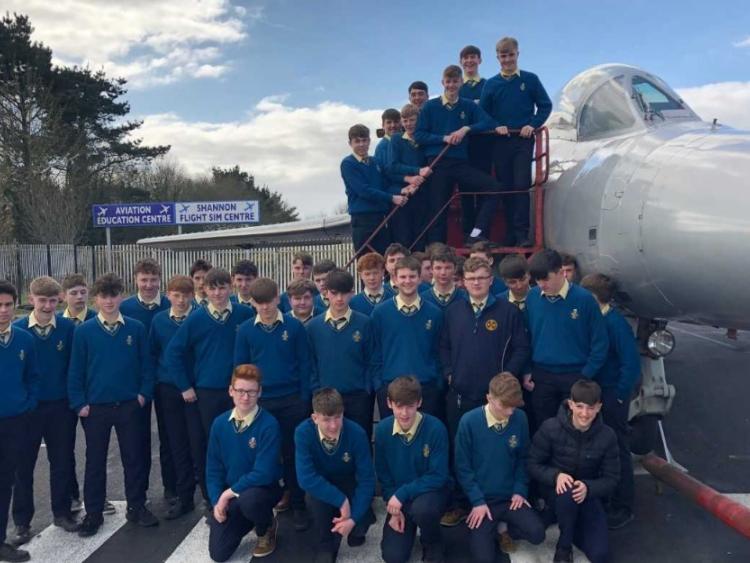 Transition year students from Thurles CBS were treated to a whirlwind visit to the Atlantic Air Adventure Centre and Museum in Shannon last week. Pupils were given an introduction into careers in the aviation industry and details of relevant courses and study options.

Among the careers highlighted were aeronautical engineering, air traffic control and being an accountant for an aircraft leasing company. Also on the agenda was an interactive guided tour of the museum of aviation where the students were given the opportunity to inspect aircraft and to have a go at a flight simulator.

Our U16 soccer panel have progressed to the semi-final of the South East Munster Cup. Thurles produced an excellent team performance and Urban Nolan, Gavin O’Shaughnessy, Danny Treacy, Cathal McIlgunn, Michael A. McCarthy, Peter Aleshinloye and Donnacha Troy all got their names on the score sheet.

Well done to our Rice Cup hurlers on qualifying for the quarter-final stage by winning the blitz in Dr Morris Park on March 15. The team beat Blackwater College and Kilkenny CBS in the group stage, overcame Midleton CBS in the semi-final and defeated Ard Scoil Ris in the final.

As part of the GAA Future Leaders programme a cohort of our TY students visited the Presentation Primary School to put into practice their coaching skills. They focused on coaching the fundamental movement skills of hurling and football and operated to a set plan of drills designed by Tipperary GAA Games Development Officer Andy Ryan.