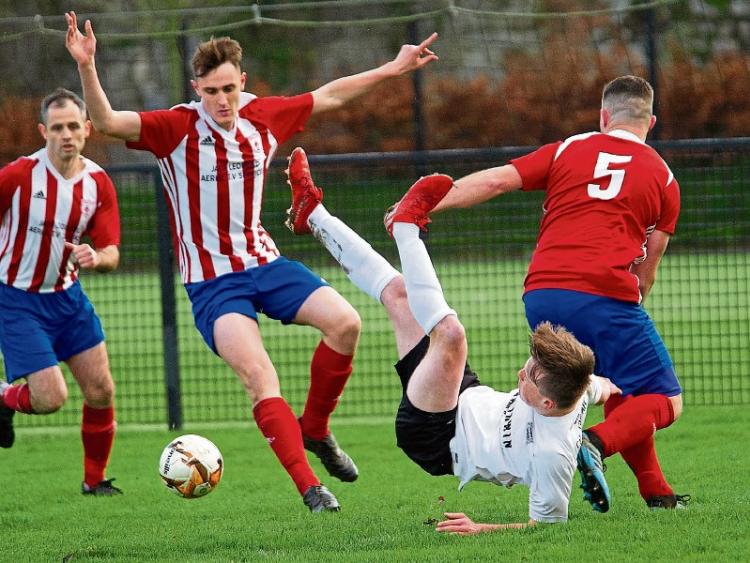 As the season begins to reach its most decisive time, this game was seen as a real six-pointer by the two sides, especially as they have both been struggling for points in the recent past.

The game was overshadowed a little by a bad injury to one of the home team’s players very early in the game and they seemed to be still a little tense when Daniel Rafter opened the scoring for Glengoole ten minutes before the break.

Things got worse for Vee five minutes later when after some good pressure by the visitors the ball was turned into the home net by a Vee defender to give Glengoole a two-goal lead at the break.

The second half then turned into a little bit of a midfield phoney war, with neither side looking capable of taking control and creating chances for their forwards to add to the score line. In the end the visitors took the points and will feel just a little bit more confident of keeping their Premier League status into next year. 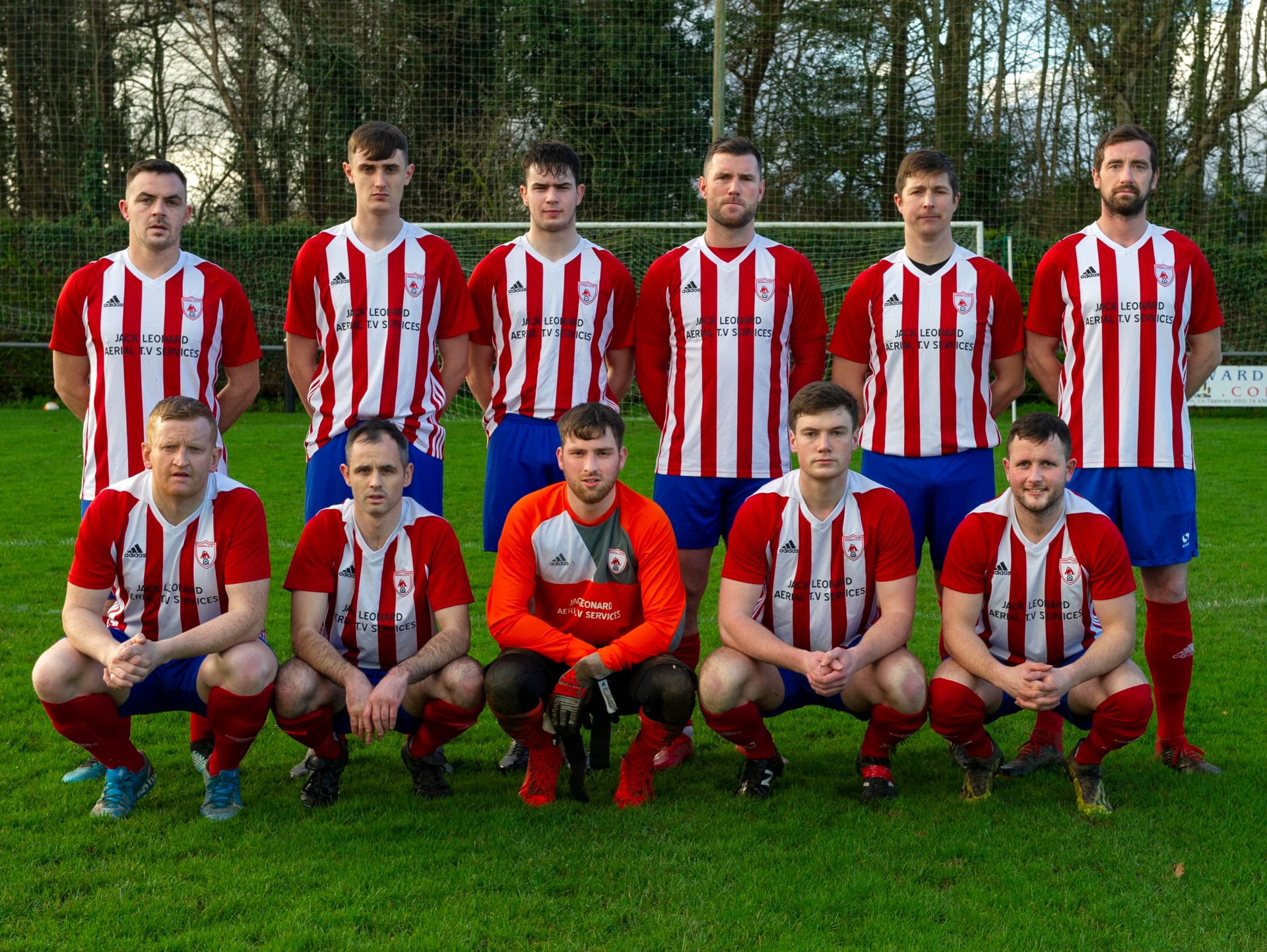 Top played bottom in this game and the gulf in class was apparent throughout the game which was played on a bright sunny morning in Thurles.

The home side started brightly and were in complete control in the first quarter before they opened the scoring in the 17th minute when a fine cross from Mikey Wade was met by the head of Tommy Teer and planted straight to the top corner.

It was nip and tuck for the next 20 minutes, with the home side having the majority of the possession but Celtic’s defence holding solid. Eventually however the home side’s pressure told and the second came from a free kick which was taken by the captain Pippy Carroll

Things got worse for the visitors in injury time of the first half when Villa were awarded a penalty after Carroll was taken down in the box, and he got back up to make it 3-0 at the break.

Ronan McGuire scored his second of the day in the 66th  minute with a nice individual bit of skill coming in from the left side and finishing to the bottom corner as the Thurles sides finished strongly.

Is he Tipperary's most prolific scorer with eight goals in two games?

Cahir Park may have secured their first win of the season recently, but they were brought back down to earth in this game against a very thorough and very clinical Bansha Celtic outfit.

The home side started well and had one or two good half chances before Shane Murphy opened the scoring in the 10th minute when he cheekily chipped the ball over the Celtic keeper from inside the box and saw the ball clip the back post and roll over the line.

But after that the visitors peppered the home goal with shot after shot and the Park had goalkeeper Adam Gallagher to thank for keeping the ball out of the net on multiple occasions. In the end though even Gallagher couldn’t stop his side conceding and Tony Egan finally pulled back a goal for Bansha when he headed home in the 25th minute.

Although there were no more goals in the first half, the visitors were dominant and eventually took the lead eleven minutes into the second half when Mikey Fitzgerald headed home bravely from a corner kick.

Egan then extended the lead for Bansha with his second and his sides third from a free kick five minutes after the hour mark.

But Cahir still had a little fight in the dog and reduced the deficit to the minimum twenty minutes from the end when Kenny Cunningham slammed home a volley from the edge of the area.

Forced to chase the game and try to get something from it, Cahir were hit with a sucker punch almost  on full time when Mikey Fitzgerald put the game beyond them with a beautifully taken free kick that made it four for Bansha Celtic and was enough to secure the points.