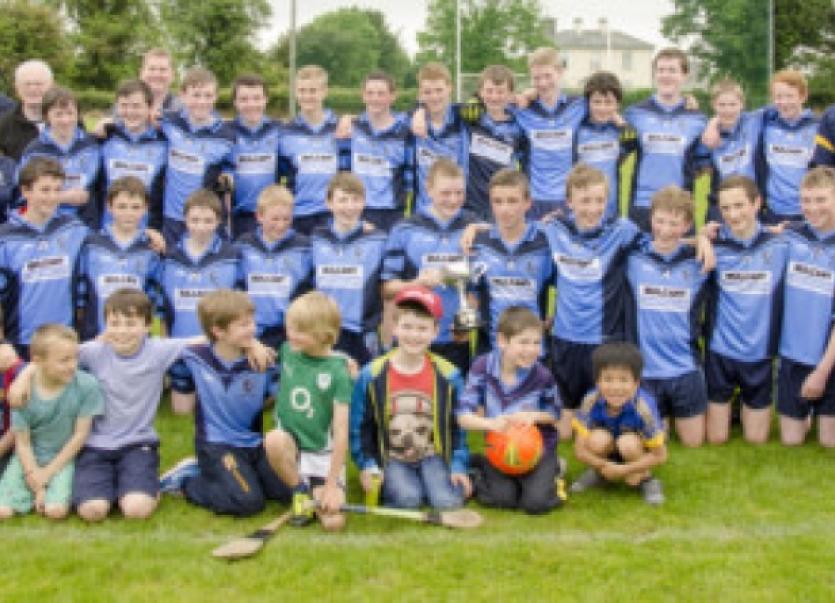 This was a repeat of the Féile Peil final played in April between Moycarkey Borris and Moyle Rovers.

A close tight game was expected between two evenly matched sides. The opening passage of play was keenly fought with some tight marking and scores hard to come by.

Moyle Rovers opened their account with three frees – two from Rian Quigley and the other from Conor McGrath.

Moycarkey had points from Zach Jackson, Rhys Shelly and James Dillon to leave the score tied at three points each after 10 minutes.

There was some very entertaining and high quality football being played and scores were at a premium. Moycarkey gained the upper hand for the remainder of the half with a goal from Kevin Hayes and points from Jack Fallon and Darren Flood.

While Rovers had two pointed frees from Rian Quigley. After half time, Moyle Rovers upped their game and posed a greater threat to the Moycarkey goal.

Indiscipline at this stage cost Moycarkey conceding two points to frees and a penalty goal. Moycarkey tried very hard to get back into the game but Moyle Rovers battled on with a goal and a point from Anthony Phelan and a point from Diarmuid Mulcahy with a pointed free from James Dylan the only reply from Moycarkey.

A goal a few minutes from the end from Rian Quigley put the icing on the cake for Moyle Rovers winning 3-9 to 1-6.

This was a fantastic victory for Moyle Rovers overturning the earlier defeat in the Peil final earlier in the year. While Moycarkey will be disappointed with their second half performance, they will acknowledge the Moyle Rovers were the better team. Joint Captains Diarmuid Mulcahy and Conor McGrath and accepted the trophy.