Dr. Pat O’Callaghan, affectionately known as ‘The Doc’, was born on 28 JAN, 1906 at Knockanroe, Derrygallon, about three miles south-west of Kanturk, Co. Cork. He began attending Derrygallon National School at the age of just 2 years 4 months - and in Dublin he attended the Royal College of Surgeons where he studied medicine and graduated at the age of 20. He was the youngest medical graduate in the history of Ireland up to that point, and in fact he was too young to practice in Ireland at the time so he served for a while in England at the RAF General Hospital at Halton, Buckinghamshire and also in the Middle East, in Mesopotamia. One of three sons in the family, both of his brothers also competed in athletics - his eldest brother Sean farmed at home, and his younger brother Con joined the Garda Síochána before purchasing the Bantry Bay Hotel in Bantry, Co. Cork. Following his brief stints abroad, and in Ireland in Dublin, Cork and Killarney - Dr. Pat O’Callaghan was appointed assistant medical officer at Clonmel District Mental Hospital [St. Luke’s Hospital] in early 1931 which was the start of his long association with the town.

As a teenager, after first seeing the hammer been thrown he fitted a handle and wire to an old cannon-ball he got from Macroom Castle and began training for the hammer event at the family farm. He won his first Irish hammer title in 1927, beating the reigning champion Bill Britton [based at the time in Ballinamore, Co. Cavan], native of Ballydonnell, Mullinahone, Co. Tipperary. Altogether, O’Callaghan won 22 Irish athletic titles [19 in weight throwing - including 6 hammer titles, and 3 in high jump], 1 English AAA hammer title [1934] and 1 American hammer title [1933]. Both Pat and his brother Con O’Callaghan competed in the 1928 Amsterdam Olympics for Ireland with Pat competing in the hammer, and Con in the decathlon. On Monday 30 JUL, 1928 for the first time in Olympic history the Irish flag was raised “officially” and the Irish National Anthem was played at a victory ceremony in an Olympic Stadium when Pat O’Callaghan won the hammer event with a throw of 168’ 7”. He was not expected to finish among the top six but the 6’ 2”, fair haired Dr. Pat had unshakeable belief in himself and his victory astonished the world of athletics at the time. Just days after his victory he was invited to compete for Great Britain in an athletics meet against the USA but when declining the offer he created something of a sensation when he replied “I have seen too many Irish boys shot down in front of their homes to be willing to represent the British and I know too well how America has provided homes for the Irish, to compete against her.” This infuriated the British, and four years later when Bob Tisdall competed for Ireland and not Great Britain [where he had been living/competing for years] further infuriated them. Pat O’Callaghan won his second Olympic gold medal for Ireland in the hammer, at the Los Angeles Olympic Games on Monday 1 AUG, 1932 when he threw 176’ 11” on his last throw [and less than an hour after Bob Tisdall won gold for Ireland in the 400m hurdles].

He left the job at the hospital shortly before he married local girl Kitty O’Reilly at nearby Mount Mellary Abbey Church in December 1934. The O’Reilly’s were big into coursing and Kitty’s father was one of the founders of the Irish Coursing Club. Dr. Pat worked briefly as a doctor in Cullen, near Millstreet, Co. Cork and Emly, Co. Tipperary, before going to America for a few months in 1938 as a professional wrestler, and after returning he lived at ‘Roseville’, Western Road, Clonmel. He was the first person to receive a Texaco Hall of Fame Award in 1960, was made a Freeman of Clonmel in 1984, and was honorary president of Commercials Gaelic Football Club. Dr. Pat O’Callaghan died on 1 DEC, 1991 in Clonmel age 85, and is buried in Powerstown Cemetery, at Powerstown, Clonmel - and where he lived in Roseville there is now a Rehab training centre [where there is a painting of him] and a LIDL shopping centre. The Dr. Pat O’Callaghan Sports Complex at Cashel Rd, Clonmel is named in his honour, and in January, 2007 there was statue of Pat O’Callaghan unveiled in Banteer, Co. Cork – also, two of the hammers Dr. Pat threw are on display in Bantry Bay Hotel, Co. Cork. His four sons Pat, Terry, Brian and Hugh excelled in athletics at Clonmel High School and University College Cork, and also competed in other sports. The most noted was Hugh O’Callaghan who won a total of 12 Irish athletics titles [4 shot putt, 4 discus, 2 hammer, 1 javelin + 1 decathlon], and broke the Irish shot putt record 8 times. He also won 3 Irish weightlifting titles, set 30 Irish weightlifting records and was a Munster Heavyweight boxing champion [his father also boxed]. He went to Villanova University, USA in September, 1965 on scholarship and while studying he was the weightlifting coach in Villanova for ten years from 1965 to 1975 with his athletes winning several National championships. In sculling, he came third in the USA rowing championships - and as a member of Clonmel Rowing Club he was second in the sculling championship of Ireland, in 1971. 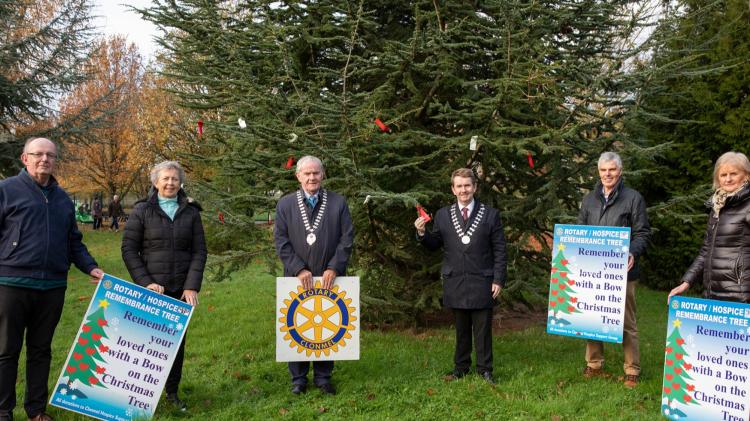 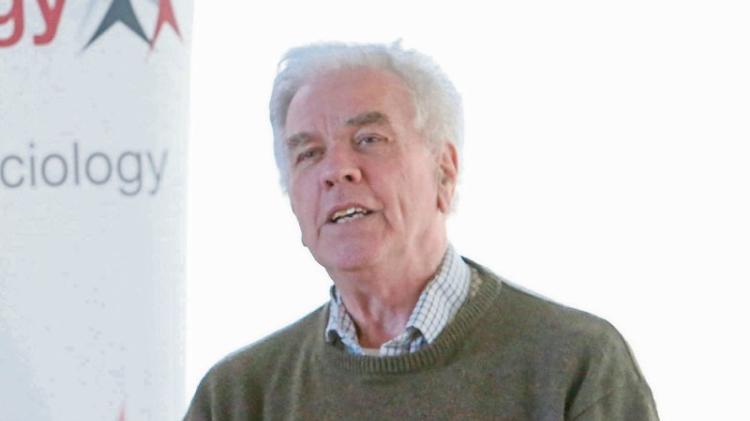 Equestrian success for the Presentation Thurles

€8686.65raised in Malin to Mizen bike ride in aid of Scoil Aonghusa, Cashel