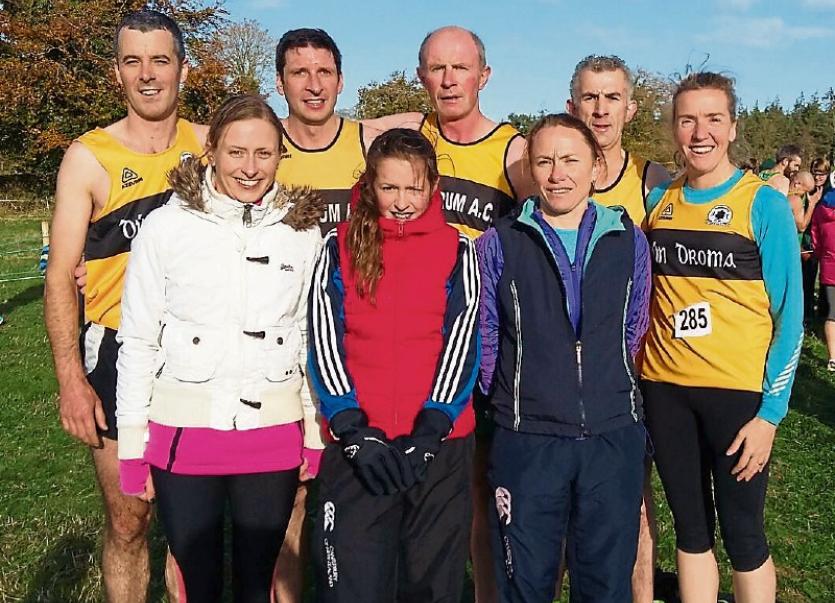 Dundrum AC hosted the the County Novice 'B' Cross Country Championships on Sunday, November 6, in cold but dry conditions.

The club wish to thank Dundrum House Hotel for letting them host the event on their grounds and to all the stewards who helped out on the day.

The club had three athletes take part in the ladies race over 3km. First home was 7th Martha Quirke 13:27, 8th Mairead Julian 13:36 and 9th Laura Armstrong 13:43. The girls won silver in the team event for the second year running.

Four Dundrum AC athletes were involved in the men’s race over 6km.  Paudie Coen won gold in 21:46 and Dermot Hayes won bronze in 21:56. Next was 8th Michael Ryan 22:40 and 23rd Jim Halley. Paudie, Dermot and Michael combined to win gold in the team event for the second year running.

The Juvenile Uneven Age 'B' Cross Country Championships was held in conjunction with the Novice 'B'. David Carroll won bronze in the boys u/15 and Laura Halley won gold in the girls u/15 races respectively.