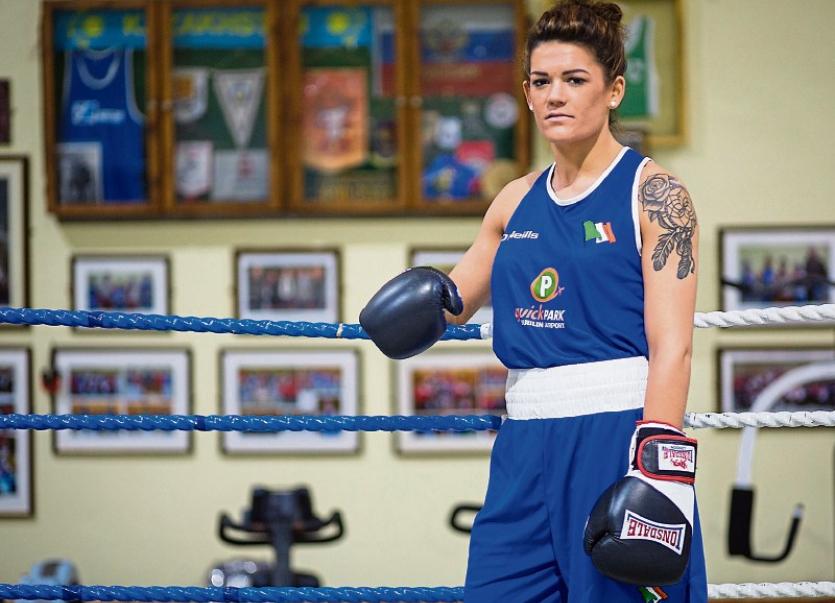 Clonmel boxer Shauna O'Keeffe is through to the quartr finals of the  European Elite Women’s Championships in the Bulgarian capital Sofia.

She put in a wonderful display to claim a points decision over Poland's Aneta Rygielska after a lightweight contest at the Sport Hall in the Bulgarian capital.

The Clonmel BC southpaw joins Grainne Walsh and Christina Desmond in the last-eight.

All three Irish boxers will meet Russian opponents with at least bronze up from grabs this weekend.

Rygielska, working fluently behind a raking jab, found the target with solid right hooks throughout the contest, but her work grew more noticeably ragged in the third and fourth, as O’Keeffe, constantly walking down her opponent, detonated some big shots going down the final stretch on her European Elite debut.

O'Keeffe is bidding to follow in the footsteps of Katie Taylor who has turned professional.

Speaking to The Nationalist before she left for Sofia, O'Keeffe said of Taylor  - "Stepping into her shoes is some challenge. They are big shoes to fill. Katie is rooting for me, which means so much to me”.

Reaching a senior elite national final  and now assuming the No 1 rank  is a remarkable achievement for the Clonmel boxer who feared her career was finished. She only returned to the ring in 2015 following  a traumatic two year absence from the sport because of a serious knee injury.

Displaying great strength of character and an unquenchable desire  to return to the sport,  Shauna is now availing of the second chance that was so difficult for her to earn.

“It was hard going  because I did not know whether I was going to box again. I was not going to give up. I was a long time out and I had a lot to  do to get back into the ring so I am determined to make the most of it now”.