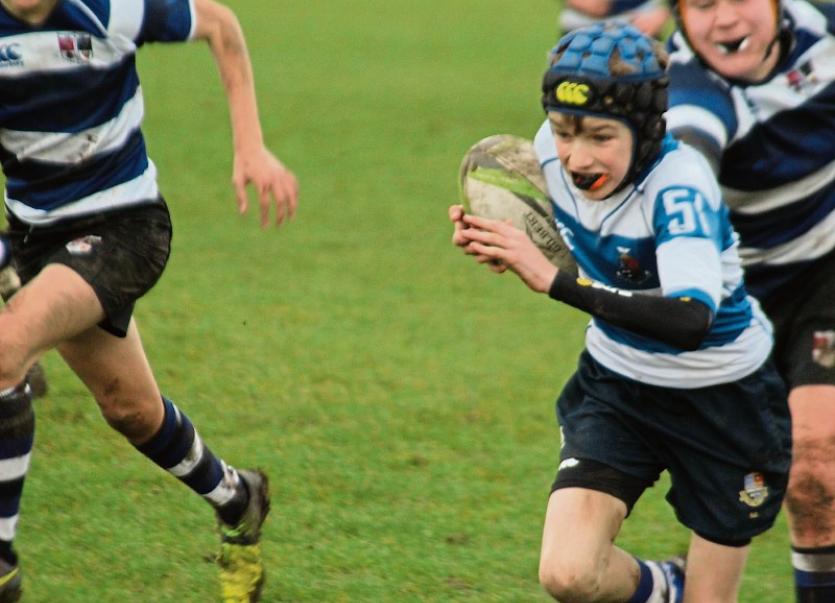 Rockwell College's Bob Barton on his way to scoring a try.

Rockwell College beat Crescent in the Munster U15 B Shield final, 10-7.

Played on  Friday, Rockwell ground out a meritorious victory over their arch rivals from Limerick in this final which had been deferred from Wednesday.

The first 20 minutes of this intriguing contest were very even with neither side dominating. However, a Crescent knock on allowed Bob Barton to play advantage and run down the sideline, finishing under the post.

Rockwell failed to convert and the final 10 minutes of the first half saw Crescent gain the upper hand and, with a quick tap penalty, went over the line, which they duly converted. This left the score at half time 7-5. 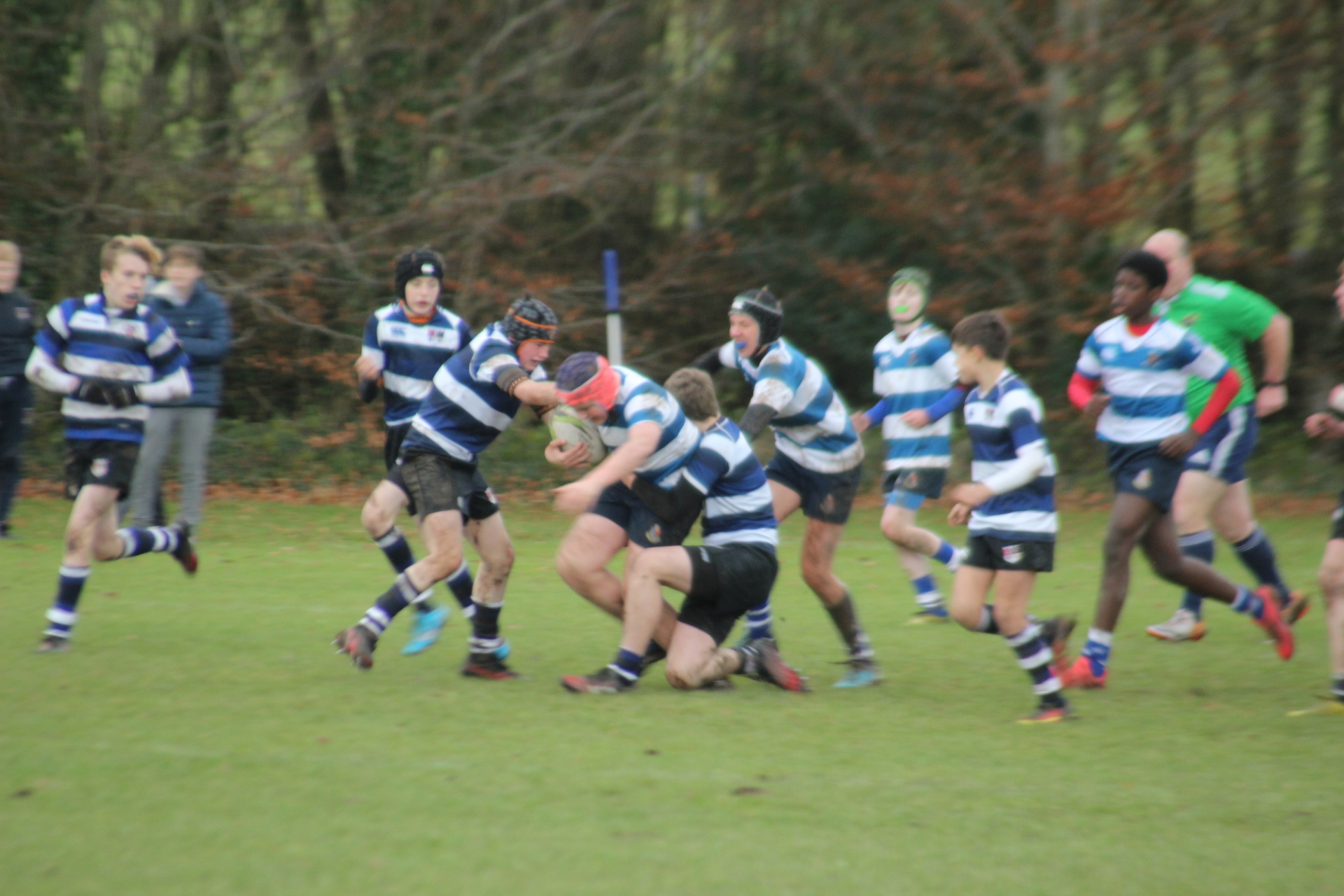 Rockwell's Matthew Burke attempting to cut through the Crescent defence.

Rockwell now started to move the ball more fluently from side to side and kept Crescent on the back foot to pin them down in their own half.

15 minutes in Crescent kicked to touch and Rockwell turned over the line out. Two plays later, Juan Pablo Gomez received an offload and showed great dexterity in avoiding would-be tackles to score in the corner. Rockwell were unable to convert.

Following this Crescent bombarded the Rockwell line but the very capable defence held resolute with Casey Jay Coleman standing out.

Cathal Ryan made some great breaks along and with Remi Ediale’s tackling were a thorn in Crescent’s side.

Tom Downey turned over a number of balls in the ruck, ably abetted by Matthew Burke. Ethan Casey, when he came on, carried well.