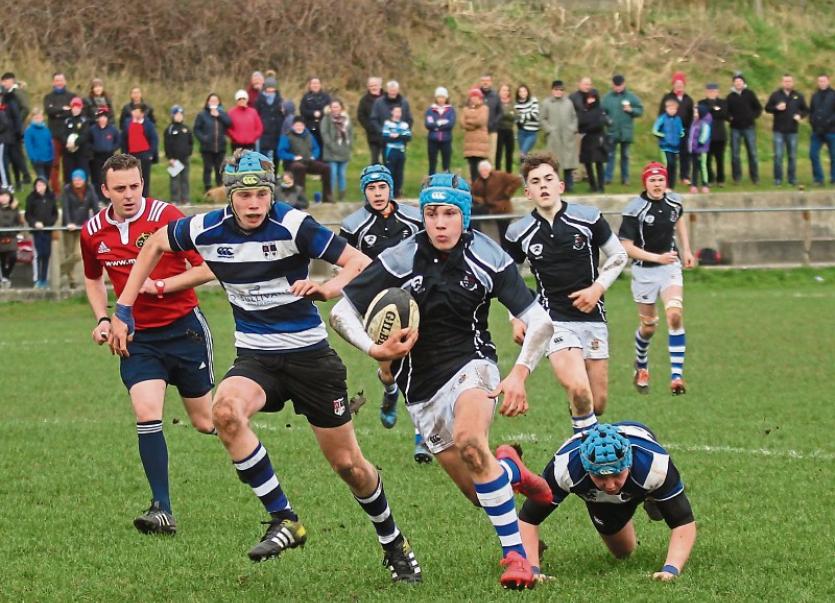 Played in Clanwilliam, on a day ideal for running rugby, Rockwell College and Crescent served up a contest full of skills and thrills in the Munster Schools Junior Cup with Crescent’s superior backline, ably marshalled by No. 10, Jack Delaney, causing all sorts of problems for the Rockwell backline and winning 21-5.

Their line speed was critical to their dominating the second half of this contest.

Rockwell gave away a penalty just 30 seconds into the match, being caught offside from the kick-off. The referee, Ken Imbusch, seemed to catch Rockwell’s infringements, in particular, throughout the first half and this had an unsettling effect on the team. 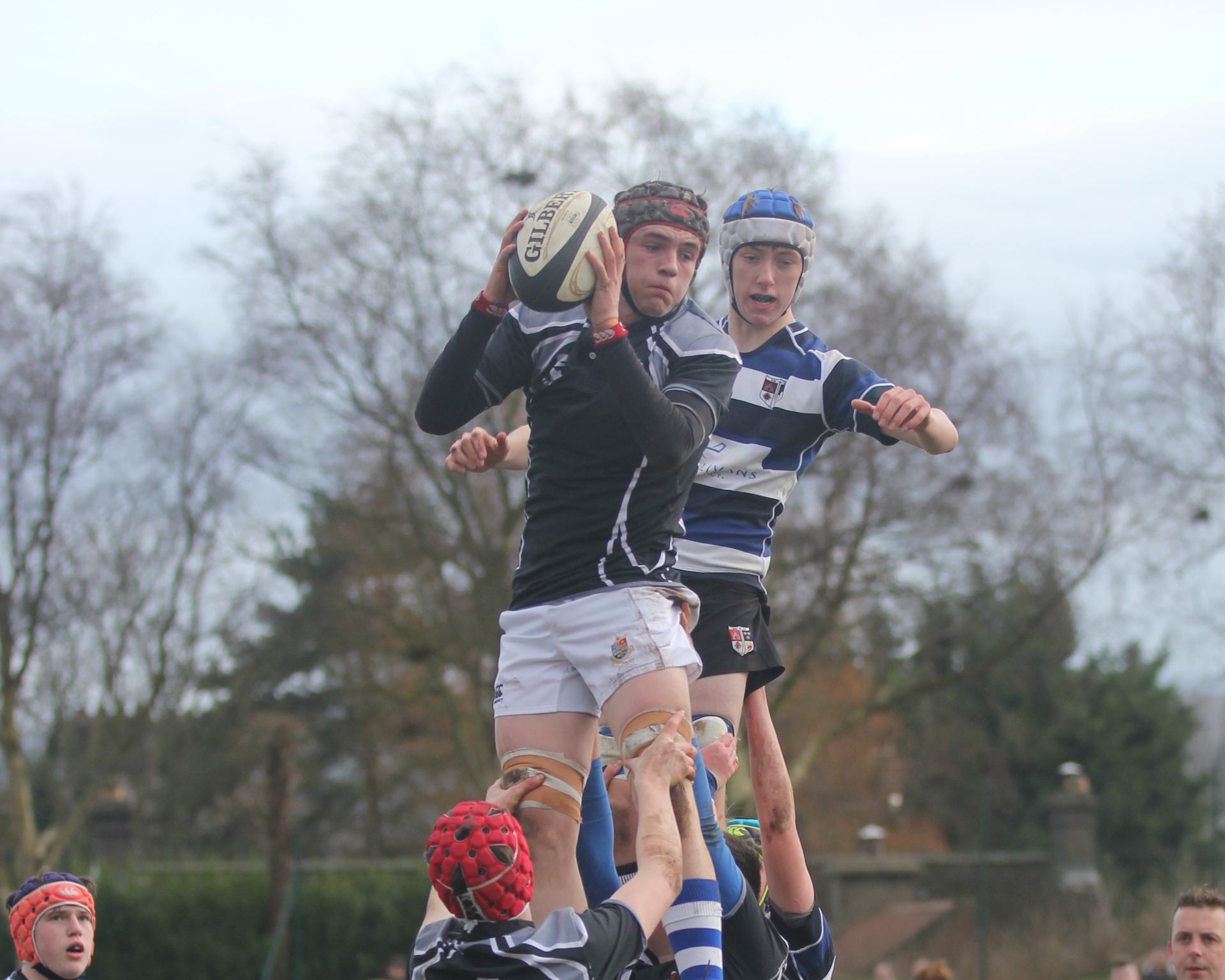 Eddie Daly and Nicholas Kennedy made great breaks only to find the Crescent defence rock solid. No. 8, Joe Dwan was targeted whenever he was in possession and, try as he might, could not break the Crescent line. Twice Nickolas Kennedy brought off two excellent try saving tackles when the defence was breached. Crescent, through the searing runs of Jack Delaney (No.10) went in at half time with two well taken tries from J. Delaney and Gary Kelly.

Despite dominating early in the second half, Rockwell conceded a penalty for being caught offside and J. Delaney duly slotted over. This left Rockwell with a mountain to climb and their misery was further compounded in the 23rd minute when they were again penalised for going in over the top in the ruck. 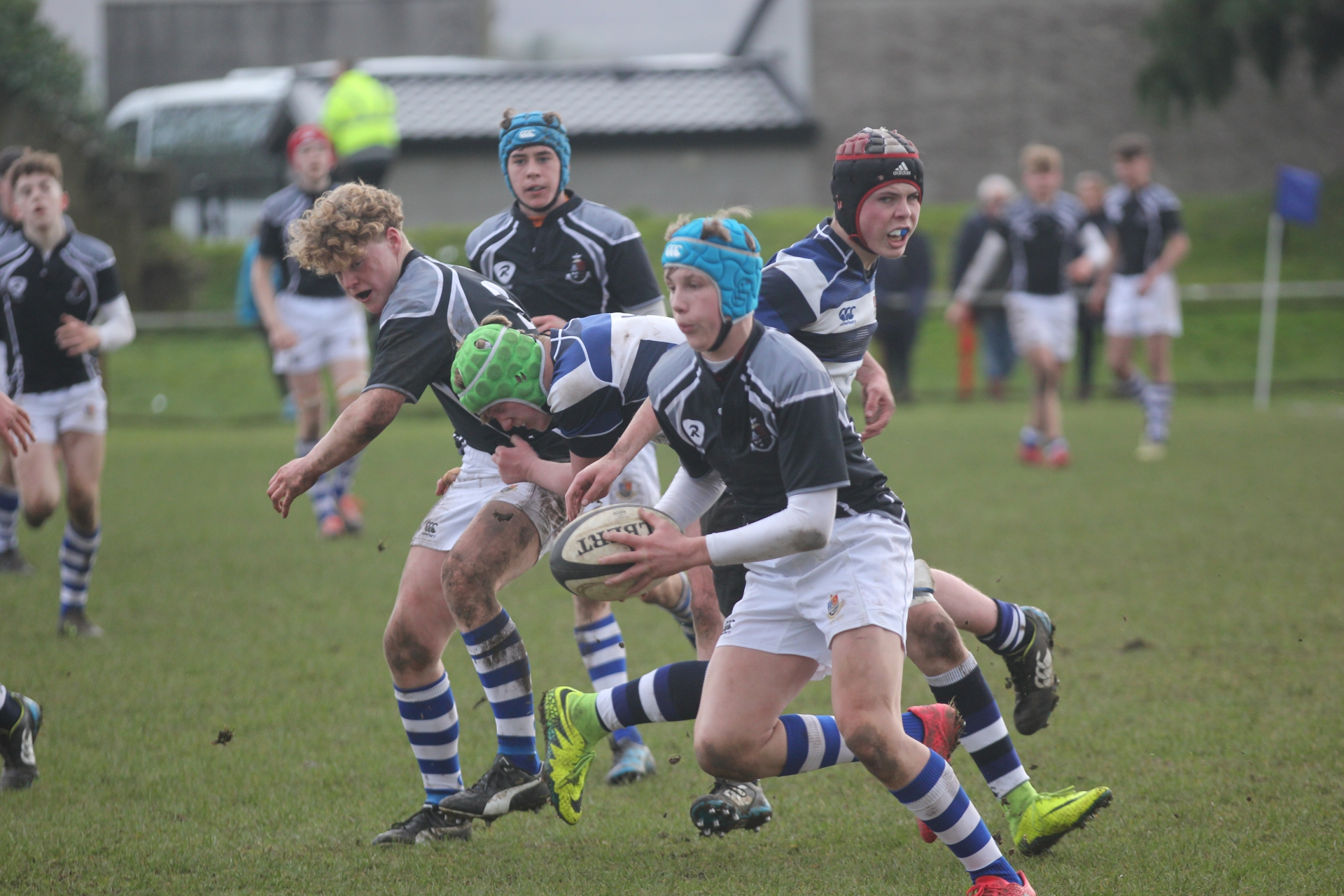 Alan Flannery on the break with Sam Rappaport and Eddie Daly in close attendance.

The converted penalty left the score 16-0 but still Rockwell drove at the Crescent defence and were rewarded when John O’Sullivan went in over the line in the corner which he narrowly failed to convert.

Rockwell found themselves trying to work the ball out from their own 5 metre line two minutes into stoppage time, only to have the Crescent  winger Seamus Hurley intercept and go in for the easiest of tries. Nickolas Kennedy and Alan Flannery gave their best while Sam Tarleton was sound defensively. John O’Sullivan was also a threat in possession. 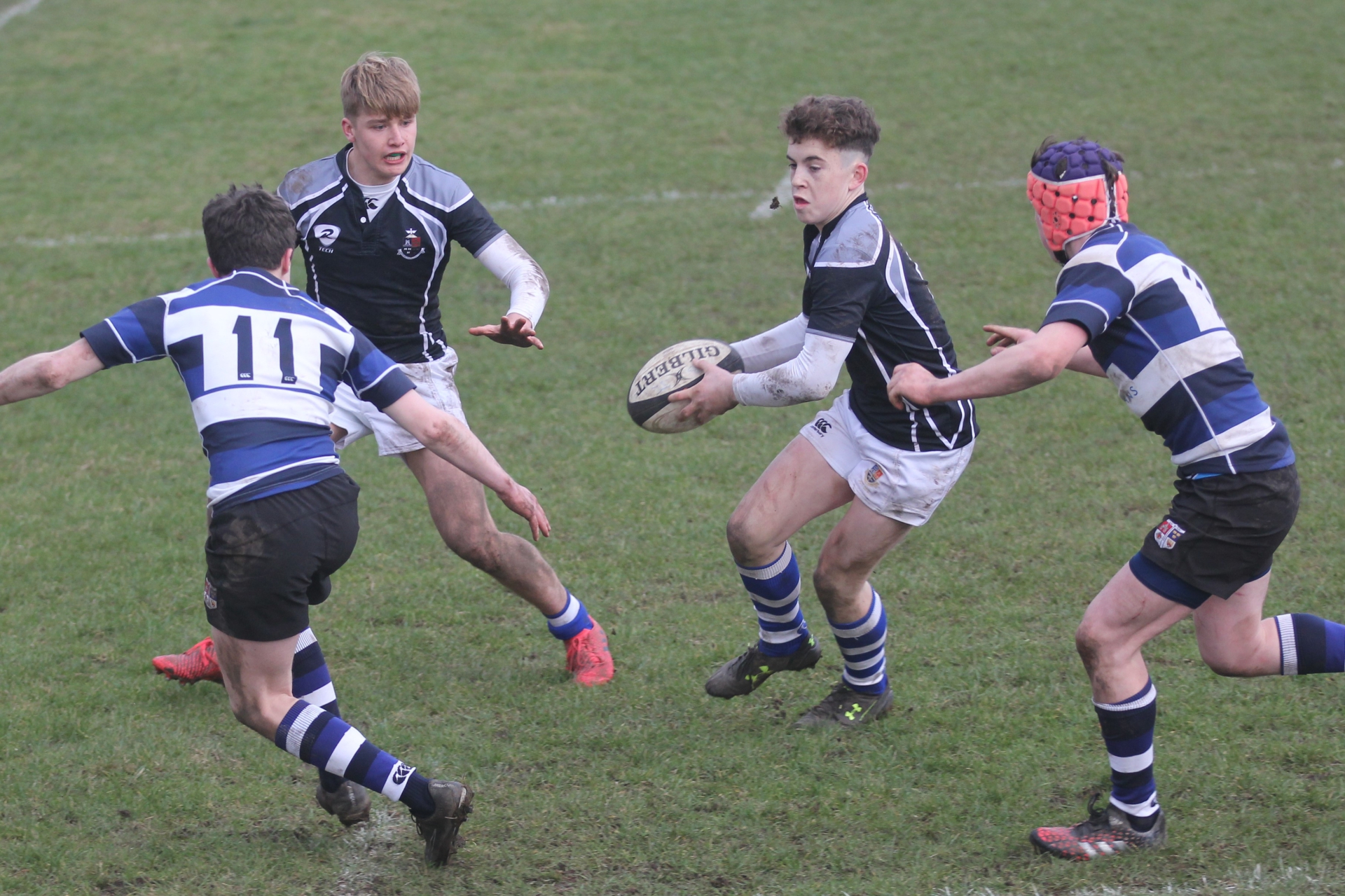