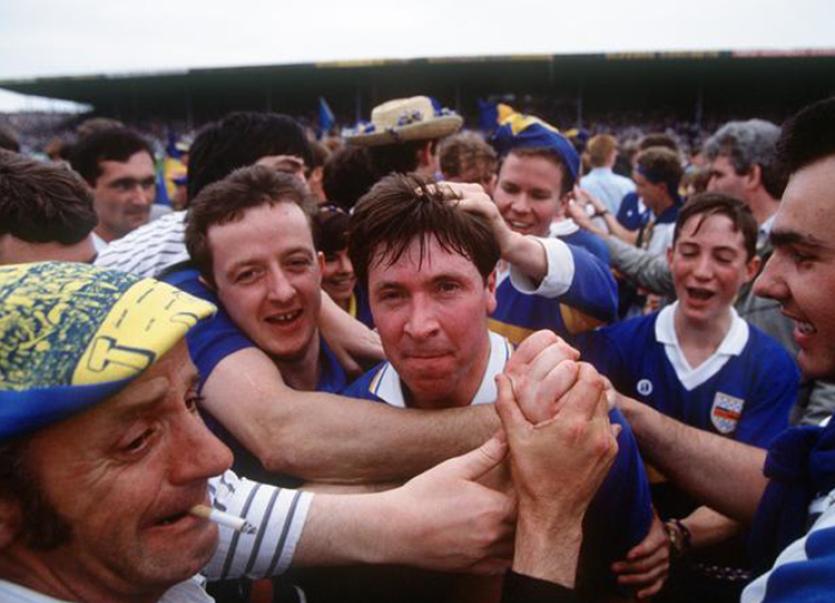 Tipperary hurling legend Pat Fox will feature on the renowned GAA documentary series ‘Laochra Gael’ this week - the episode, which celebrates the career of the Éire Óg Annacarty man, will be broadcast on TG4 on Wednesday, April 26th (9.30pm).

Pat Fox’s inter-county career spanned sixteen years (1980-96) during which time the Annacarty star played thirty-seven times for Tipperary and scored 13-98. Indeed, Pat was named the hurler of the year in 1991 following his stunning contribution to Tipperary’s 24th All-Ireland senior success - in all Fox won two National Hurling League titles, five provincial titles and two All-Irelands (1989 & 1991) in the blue and gold.

Pat, who formed a devastating partnership with Cormac Bonnar and Nicky English, also won three All Star awards and remains a firm fan favourite to this day in the Premier County. Who could ever forget Pat’s man of the match performance in the 1991 All-Ireland final against Kilkenny? Fox scored 0-5 from play that day to seal the win and cap a stunning season from an individual point of view.

Pat Fox played on the Tipperary minor team for three years (1978-80) and although he did so without enjoying success the Éire Óg Annacarty man won three All-Ireland under-21 titles in the blue and gold (1979-81).

As a minor Pat played at corner-forward and centre-forward and although Fox also featured at midfield for the Tipperary under-21s he found himself re-located to corner-back before the conclusion of his underage career.

Such was the quality of Pat’s hurling that the Annacarty man made his senior debut in 1979 when he was drafted onto the panel in time for the National League campaign - Pat made his championship debut at midfield against Cork in 1980. Then, in 1981, he featured at corner-forward against Limerick before Fox missed out on the 1983-84 seasons due to a knee ligament injury.

Fox fought his way back into contention and started at corner-back in 1985 when Tipperary lost the Munster final to Cork - Pat was a substitute for the shock defeat to Clare in 1986.

The fortunes of Tipperary hurling, however, were transformed utterly thereafter with the Premier County wining the Munster title famously in 1987 with Pat Fox playing a starring role, this time at corner-forward. Tipperary won the Munster championship for the first time since 1971 with Fox scoring 0-11 in a 4-22 to 1-22 extra-time win over Cork.

The ‘Laochra Gael’ series is produced by NemetonTV, the independent production company from An Rinn in the Waterford Gaeltacht which has produced much of TG4’s acclaimed sports coverage.