Congratulations to U15 Rugby & Senior Camogie 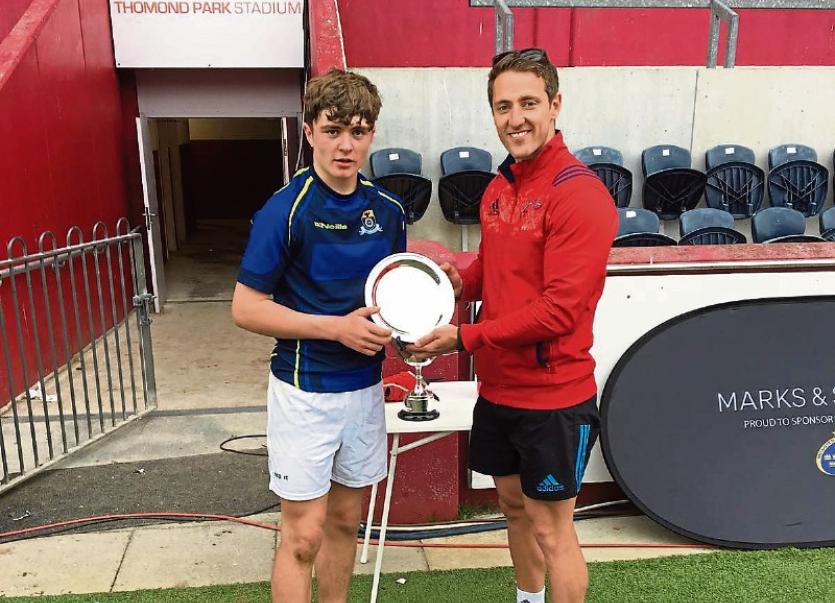 On Thursday April 27th the U15 rugby team were involved in a finals day for emerging schools 11 a side teams in North Munster (Clare, Limerick, Tipperary) in Thomond Park.

They qualified through three other blitzes they played throughout the year. They won three of their pool games and drew one game to qualify for the final. They played St. Ailbe’s from Tipperary Town in the final and narrowly lost in extra time to a golden try. It was a great experience for them as most of the panel are still U14. To emerge as runner up in the emerging schools blitz is a fantastic recognition of the talent and effort in rugby at the moment in CCS. Congratulations to John Ed O’Connor and the panel for all their efforts.

On Wednesday April 26th our Senior Camogie Team travelled to Durlas Óg to take part in a County Senior Camogie blitz. They played four games and qualified for the final. In the final they beat Ballina by three points to become champions. This is a significant win for our camogie team coupled with the fact it was the last appearance for six of our sixth years who have given tremendous service to camogie and sport in general in CCS. Congratulations to the panel and Ms. Niamh Sheehan, Mr. Jamie Hynes & Mr. Trevor Galvin for their efforts and success.

Mr. Gallagher (Principal CCS) commented that this has been a week of unparalleled success within our school which has created significant jostling for position in the trophy cabinet!