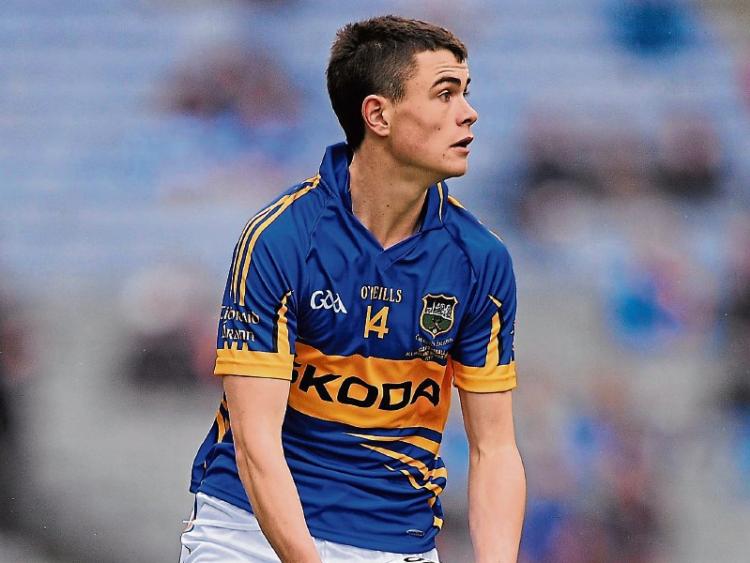 Michael Quinlivan returned to the Commercials team after injury and was in superb form.

It was all too easy for Clonmel Commercials as they swept past the weak challenge of Ballyporeen in the County SFC in Cahir this evening, winning 1-19 to 0-7.

It was the Clonmel side's second win in the group and puts them in pole position.

Superb displays from Jack Kennedy, Jason Lonergan, Rian Lambe and Michael Quinlivan suggest that they have the players to challenge for top honours this season.

Yet Ballyporeen started brightly and led  0-4 to 0-2 after thirteen minutes with three points from Conor Sweeney and one from Anthony Crotty, with Commercials replying through a Quinlivan free and Jason Lonergan.

But the game changed direction in the second quarter with Commercials  hitting eight without reply to lead 0-10 to 0-4 at the break.

And it could have been worse for Ballyporeen but keeper Jack English pulled off a superb save to deny Quinlivan from the penalty spot after earlier saving from Seamus Kennedy.

The Clonmel side dominated the last fifteen minutes of the half as Bally' failed to get a foothold. Their scores came from Quinlivan (3) Jack Kennedy (2), Jason Lonergan (2) and Alan Lonergan.

It was one way traffic in the second half as well and Commercials had tagged on five points by the 50th minute before John Martin pointed for Ballyporeen - their first score in thirty five minutes.

Quinlivan was unerring from frees as Ballyporeen struggled to contain the Clonmel attack, with Rian Lambe a constant threat and coming in for some tough tackling.

Two tackles in particular yielded just  yellow cards but referee Derek O'Mahoney's patience eventually ran out and full back Rian O'Callaghan received a red card in the dying minutes. Kevin Harney was black carded for Commercials in the first half.

Conor Sweeney covered every blade of grass on the pitch but he couldn't do it all on his own for Ballyporeen and their shortcomings in attack were shown up by some resolute Commercials defending, even when the game was well won.

The icing on the cake for Commercials came when Jack English was eventually beaten, despite making a brave attempt to stop Eoin Fitzgerald's shot for goal.

Commercials will face tougher matches but for now it's job done.