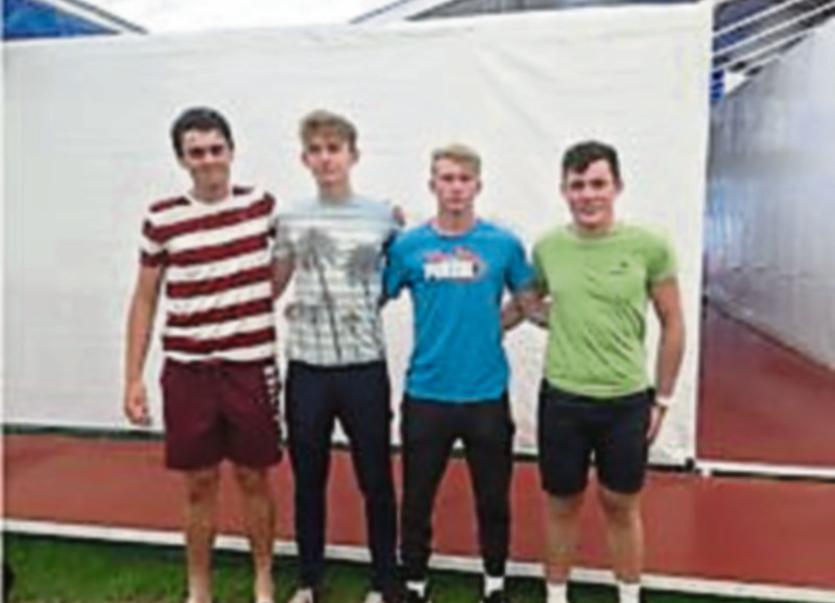 The inspiring story of four young men from the Clonmel Rowing Club came to an agonising end with a loss to the Tideway Scullers by a mere four feet.

Tideway got off to a good start, leading by half a length. However, Matt Dundon, Andrew Butler, Sean O'Donnell and Dylan Barry O'Donovan increased their stroke rate to 36 per minute.

Inspired by Dundon, they pushed on to come hot on the Tideway tails, decimating their lead from a length at the Barrier, which was reached in two minutes and one second.

By Fawley, reached in three minutes twenty-three seconds, the lead was only half a length. The atmosphere had changed. The patrons wondered if a shock was on the cards.

With one furlong to go, the lead had changed. Unfortunately, the Island were on the Buckinghamshire side, Tideway on the Berkshire, which, due to the stream of the Thames, Tideway were given an advantage. Had they had been in the other stations, who knows, Clonmel may have won. Let's end speculation there. The course was finished.

For the only rowing club in the county, and a small one at that, put one of the largest rowing clubs in the world, with notable alumni including Mahé Drysdale and Alan Campbell, to the sword, it is all the more remarkable what these young men have done.

There was, however, good news as Matt Dundon got his seat in the Irish national quad for the Coupe de la Jeunesse in Belgium in four weeks' time. He will row alongside Cork's Barry O'Flynn, Carlow man Jack Keating and Castleconnell's James Quinlan.

Either way, it was bittersweet and no one summed it up better than Dermot Dougan, who said, "These lads are young, they're 17. They have their whole lives ahead of them." There is more to life than rowing but I, like Dermot, am proud of the journey that these boys have been through and it has been an honour to broadcast this spectacular regatta to you, the people of Tipperary.

As a Fermanagh man, I have learnt something: Tipp people do not go away without a fight.