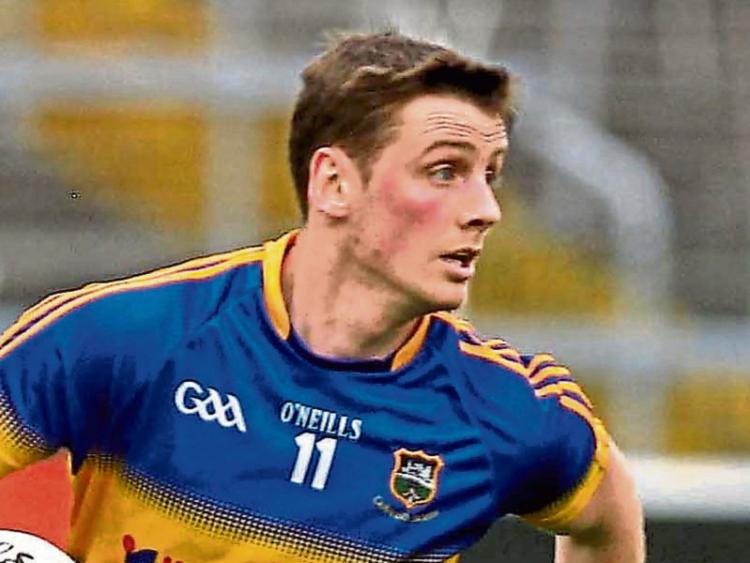 Conor Sweeney will be hoping to help Ballyporeen cause an upset when they play Moyle Rovers in the County GAA Football Championship quarter-final.

Another busy weekend is looming in the Tipperary Water County GAA Championships, with 15 matches in the various grades down for decision.

Topping the bill are the Senior Hurling Championship semi-finals, which will be played in a double header at Semple Stadium on Sunday.

Drom/Inch take on Borris-Ileigh at 3.30, followed by the meeting of champions Thurles Sarsfields and Eire Og Annacarty/Donohill at 5pm.

Two quarter-finals in the Senior Football Championship go ahead on Saturday.

Killenaule play Aherlow Gaels in New Inn and holders Loughmore/Castleiney will meet Kilsheelan/Kilcash in Golden, while Ballyporeen are up against Moyle Rovers in Cahir on Sunday.

All three ties will start at 4pm and if necessary extra time will be played.

Killenaule bowed out of the South Championship following a replayed semi-final against Moyle Rovers.

The Robins are also out of the hurling championship so they'll be anxious to give it their best shot against Aherlow Gaels.

They can consider themselves unlucky not to have beaten Moyle Rovers the first day and only lost the replay by a point.

Their progress will depend on the performances of players such as Jimmy Feehan, Paddy Codd, John 'Bubbles' O'Dwyer and Kieran Bergin.

However Aherlow Gaels, who can call on players of the calibre of John Hennessy, Thomas Hanly, Bernard O'Brien and Seamus and Barry Grogan, are always awkward opponents and won't give up too easily.

Kilsheelan/Kilcash are a club that has made great strides in recent seasons, and are reaping the benefit of a talented crop of underage players.

However they'll have their work cut out on Saturday, even allowing for Loughmore's recent hectic schedule in both hurling and football.

The champions were beaten in last weekend's County Senior Hurling Championship quarter-final by a point by Borris-Ileigh, and they're now free to concentrate on their efforts to retain the O'Dwyer Cup.

Brothers John and Noel McGrath and their cousin Liam McGrath will be pushing them all the way, and they're a team that's usually at its most dangerous at this time of the year.

Fresh from their win over Killenaule, Moyle Rovers will fancy their chances against Ballyporeen.

Rovers weren't at their best against Killenaule but still did enough to get over the line, and last season's defeated county finalists will take confidence from that win.

With players such as county goalkeeper Ciaran Kenrick, his Tipperary team mates Alan Campbell, Diarmuid Foley and Liam Boland in their ranks, along with Ross Mulcahy and Danny Owens, Rovers should be strong enough to advance.

The remaining quarter-final between Clonmel Commercials and Arravale Rovers will be played in Ballyporeen at 8pm next Wednesday, 27th.