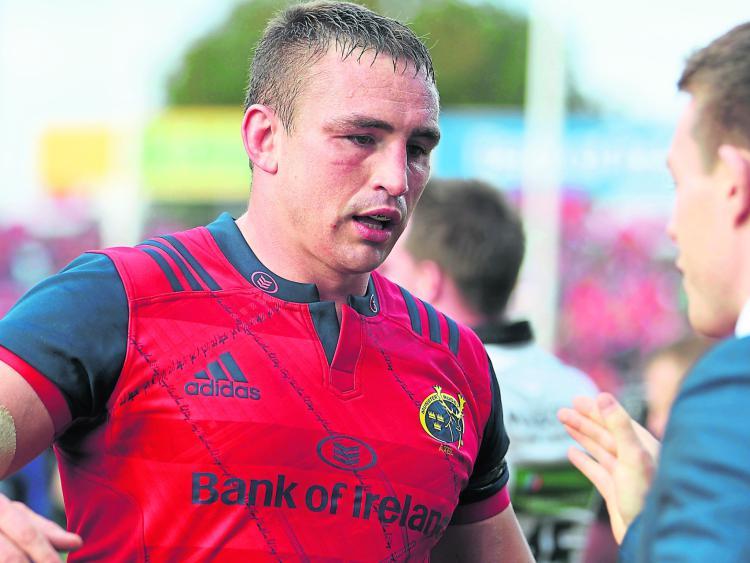 Tommy O’Donnell won his 150th cap for Munster when featuring in the province’s Champions Cup 14-7 victory over Racing 92 at Thomond Park on Saturday evening.

The Cahir flanker first took up the rugby ball at Clanwilliam FC before going on to represent his country at youth, under-19 and under-20 level. Indeed, Tommy was a key member of the under-20 international side which won a Grand Slam in 2007. O’Donnell, of course, has also won twelve senior caps with the Irish rugby team.

Perhaps the proudest of O’Donnell’s 150 appearances in Munster red materialised when the Cahir man captained the province in their outing against the Maori All Blacks in November 2016 (Munster won 27-14).

O’Donnell’s next target will be to force himself into the 200-cap club alongside legends like Mick O’Driscoll, Alan Quinlan, John Hayes, Marcus Horan, Peter Stringer, Ronan O’Gara and Donnacha O’Callaghan.