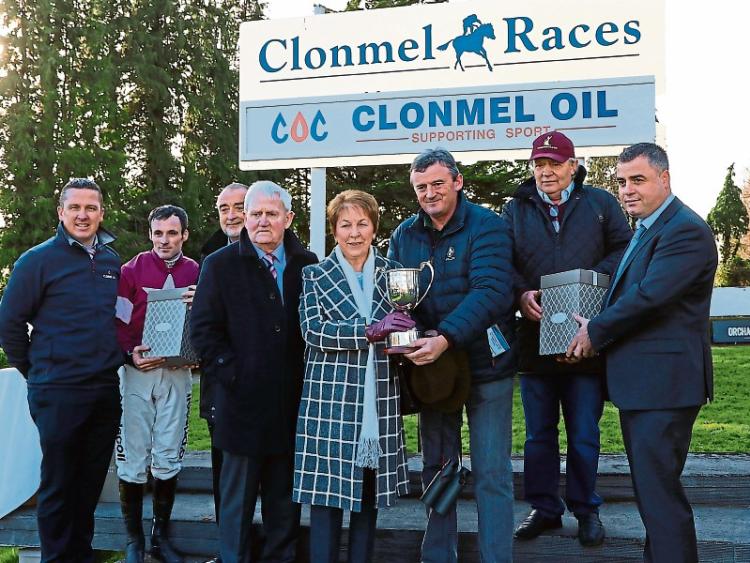 Top-weight Minella Rocco has been declared a non-runner in the Randox Health Grand National at Aintree on tomorrow on account of the ground.

The disappointing news for John Joe O’Neill’s yard is good news however for Fethard-based trainer Michael ‘Mouse’ Morris whose Thunder and Roses will now take his chances at the Liverpool venue tomorrow in the 40-strong field.

Minella Rocco could be rerouted to the Coral Punchestown Gold Cup on April 25.

Mouse Morris previously won the Aintree Grand National in 2016 when Rule The World ridden by David Mullins for Gigginstown Stud prevailed at 33/1.

2016 was the year that Mouse also won the Irish Grand National when Rogue Angel ridden by Ger Fox prevailed at Fairyhouse.

Thunder and Roses, who is now under Mouse’s training regime, previously won the Irish Grand National in 2015 when trained by Sandra Hughes and ridden by Katie Walsh.

The famed Mouse Morris yard at Everardsgrange, Fethard, will have a second runner in the race in the recent Clonmel winner Alpha Des Obeaux, who will be ridden by Killenaule jockey Rachel Blackmore.