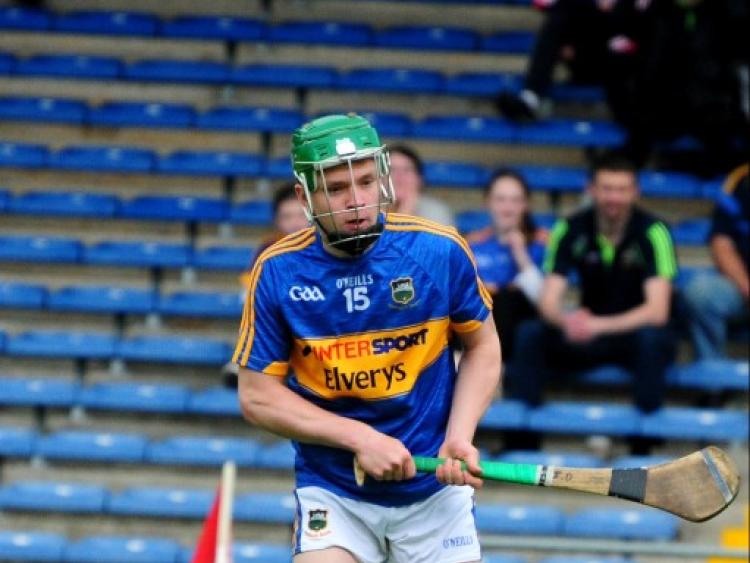 Tipperary's hopes of reaching the Munster Minor Hurling Championship Final are hanging by a thread after they were beaten by Waterford by a point in an incredible finish to Sunday's game at the Gaelic Grounds.
Tipp were coasting when they led by 12 points, 3-8 to 0-5, eleven minutes into the second half. But in the remaining 22 minutes, including additional time, they were outscored by 2-8 to 0-1.
Tipp were in front by 6 points at half-time, and when Devon Ryan and Sean Hayes had goals within 11 minutes of the re-start they seemed well on the way to victory.
However Waterford crept back into contention, although when Michael Kiely had their opening goal in the last minute of normal time they were still four points behind.
But another scrambled goal by Kiely, and later points from Kiely's free and Gavin Fives completed a remarkable turnaround.
Tipp are left wondering how they managed to let this one slip. John Campion hurled a fine hour at midfield while Sean Hayes, James Devaney and Kian O'Kelly were in top form in attack.
Conor O'Dwyer, Conor Whelan, Fintan Purcell and Johnny Ryan, meanwhile, were prominent in defence, while goalie Aaron Browne made a couple of smart saves.
Waterford's best were Michael Kiely, Ciaran Keating, Caolan MacCraith and substitute Christopher Kavanagh.
After a scrappy first half Tipp led by 1-6 to 0-3.
They made most of the running from the throw-in, and with James Devaney scoring all of their points (three from frees) they led by 0-4 to 0-2 after 12 minutes, before Kian O'Kelly became the first Tipp player other than Devaney to score three minutes later.
Tipp went six points clear in the 16th minute when Sean Hayes squeezed a shot past Dean Beecher at his near post, but the Waterford goalkeeper really should have done better.
Tipp failed to press on, however, and had only one more point, from James Devaney's 19th minute free, before the break.
Caoalan MacCraith's excellent sideline gave Waterford their first score in 19 minutes, but Tipp were still the happier as the teams headed to the dressing rooms at the interval.
Tipperary - Aaron Browne (Knockavilla-Donaskeigh Kickhams), Conor O'Dwyer (Cashel King Cormacs), Conor Whelan (Mullinahone), Kevin Hayes (Moycarkey-Borris), Johnny Ryan (Arravale Rovers, captain), Fintan Purcell (Drom/Inch), Sean Phelan (Nenagh Eire Og), Max Hackett (Moycarkey-Borris), John Campion (Drom-Inch), Sean Hayes (Kildangan 2-0), Jack Morrissey (Moycarkey-Borris), Kian O'Kelly (Kilruane MacDonaghs 0-2), Kevin Maher (Borris-Ileigh), Devon Ryan (Knockavilla-Donaskeigh Kickhams 1-0) and James Devaney (Borris-Ileigh 0-7, 6 frees).
Substitutes -Cian O'Farrell (Nenagh Eire Og) for Jack Morrissey (half-time), Mikey O'Shea (Mullinahone) for Kevin Maher (45 minutes), Oisin Larkin (Borrisokane) for Max Hackett (55 minutes), Billy O'Connor (Kilsheelan-Kilcash) for Sean Phelan (55 minutes) and Ryan Renehan (Cappawhite) for Sean Hayes (58 minutes).
Waterford - Dean Beecher, Gavin Fives (0-1), Rory Furlong, Jack O'Floinn, Sam Fitzgerald, Cian Wadding, Michael Kiely (2-5, 0-2 frees, 0-2 '65s), Ryan Tierney, Oisin O'Ceallaigh, Ciaran Keating (0-2), Paddy Leevey (captain 0-1 free), Tristan Loftus, Caolan MacCraith (0-2, 1 sideline), Kevin Mahony and James Power.
Substitutes - Sean Henley for Sam Fitzgerald (half time), Aidan Organ for Tristan Loftus (38 minutes), Christopher Kavanagh (0-1) for Paddy Leevy (45 minutes), David Byrne (0-1) for Ciaran Keating (48 minutes) and Gavin Corbett for Kevin Mahony (48 minutes).
Referee - Rory McGann (Clare).