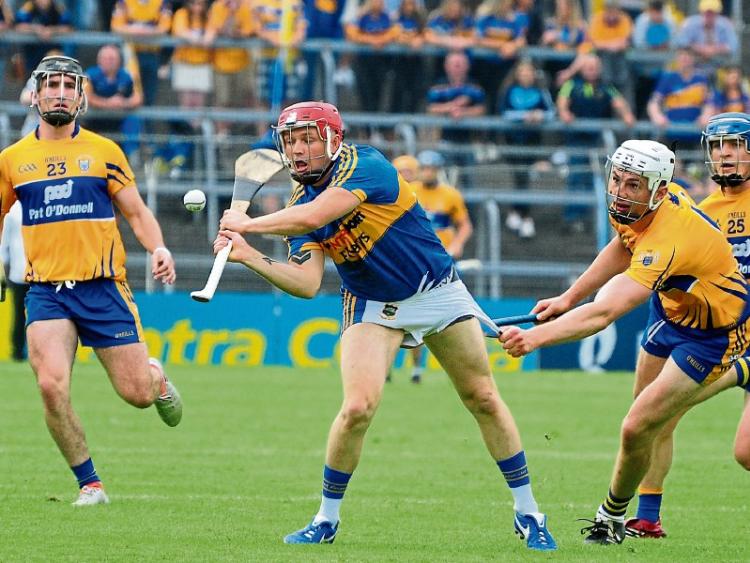 Tipperary manager Michael Ryan refused to be drawn into speculation on his future following last weekend's defeat by Clare in the Munster Senior Hurling Championship.

The county is now starting a period of soul searching and introspection, after the hurlers were knocked out of the championship at the earliest stage for twenty years.

When asked whether he would continue in the job, Ryan - who was given a further three-year term last September - stated "it's premature, to be honest.

"Any decision that we make on that, we'll make them in the cold light of day. There's never been any good decision made immediately after a match, be it a win or a loss.

"The only thing we care about is a very fine bunch of players inside there in that dressing room and the biggest thing, the overall thing, is the health of Tipperary hurling.

"And that's the only thing that this whole programme is about, the state of Tipperary hurling".

He suggested that the new championship structure would change Tipp’s approach the National League, and he also hinted that the issue of players playing so many club games during April would also need to be reviewed.

The manager didn't believe fatigue was an issue against Clare, although some of his players, who were playing their fourth game in 21 days, were treated for cramp in the closing stages while others, including Brendan Maher and Joe O'Dwyer, were injured.

Waterford will complete their programme against Cork at Semple Stadium this Sunday but it's noteworthy that they and Tipperary - the only counties required to play four weekends in-a-row - have been knocked out of the championship, meaning that the scheduling of games in next year's provincial campaign is likely to be tweaked.

The last time that Tipperary bowed out of the championship so early was on June 7 1998, when Waterford beat them by 0-21 to 2-12 in the Munster semi-final at Pairc Ui Chaoimh.

Len Gaynor, who the previous year had led Tipperary to the All-Ireland Final, was subsequently replaced as manager.

His successor was Nicky English, who embarked on a rebuilding job that culminated in 2001 when Tipperary won the National League, Munster and All-Ireland championships.

This year could also prove a watershed for Tipp hurling with Michael Ryan, or his eventual replacement if he doesn't continue, being required to undertake a similar rebuilding process before their return to competitive action at the end of next January in the National League.

Meanwhile, West Tipperary chairman John O'Shea, speaking on local radio earlier this week, called on Michael Ryan - who has been involved as a selector and manager for nine of the last eleven seasons - to step down, along with his selectors.

"I think the management team has gone past their sell-by date and I think they should do the decent thing and resign en bloc. And the sooner the better", he stated.

However his call was followed by a statement from the management committee of the County Board, in which it pledged its full support for Michael Ryan and his backroom team.

Meanwhile, the Tipperary Senior Footballers have a daunting task ahead of them when they face last year's All-Ireland finalists Mayo in Round 2 of the All-Ireland qualifiers.

The game will be played at Semple Stadium at 5pm on Saturday week, June 23, and will be shown live on Sky Sports.

The county's U-20 footballers are on the road this Saturday when they play Cork in the Munster championship quarter-final at Pairc Ui Rinn at 7.30. The winners meet Clare in the semi-final on the following Friday, June 22.

Last week's defeat of Clare has given the Tipperary Minor hurlers a chance of reaching the Munster Final, although they'll need either Clare to beat Limerick or Cork to beat Waterford this Sunday to progress.