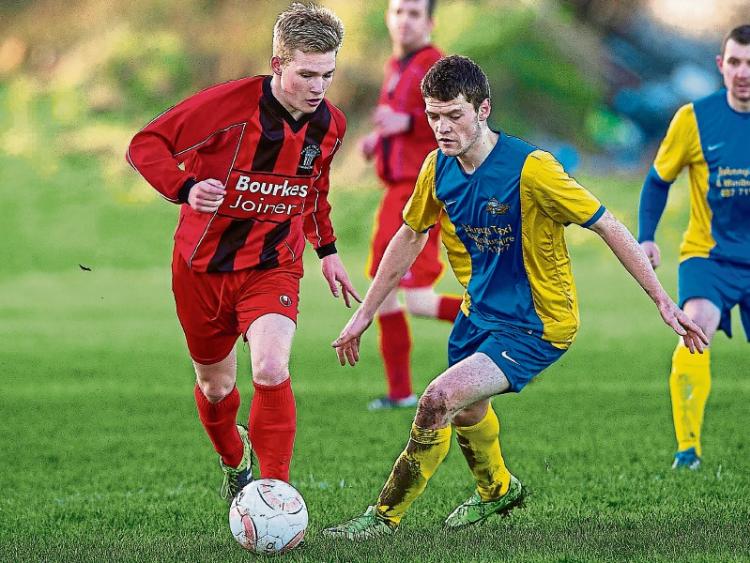 Maris Baltins (left) stuck the game's only goal in the season's opener between Cahir Park and Peake Villa on Saturday last.

Cahir Park welcomed a very good Peake Villa side to the Park for their first game in the Premier Division for four years in front of a large and expectant crowd, who will be hoping for top level fare  for the foreseeable future.

And although they finished on the wrong side of a single goal game, they looked like they may have enough to ensure that happens over the course of the season ahead.

There was very little between the teams in a very tight first half where chances were few and far between. The visitors stared the better putting the hosts under a lot of pressure which they soaked up courtesy of some good defensive work.

Cahir grew into the game as it went on, and became more comfortable in the second half of the opening period without creating much. The second half was a carbon copy of the first with neither keeper been over extended.

As the game entered the final quarter it looked like a share of the points was on the cards, until Peake Villa took the lead with 12 minutes to go when Maris Baltins finished when put through one on one with Aaron Wall.

Try as they might for the last minutes the Park could not find the equaliser and the Thurles side got their campaign off to a winning start.