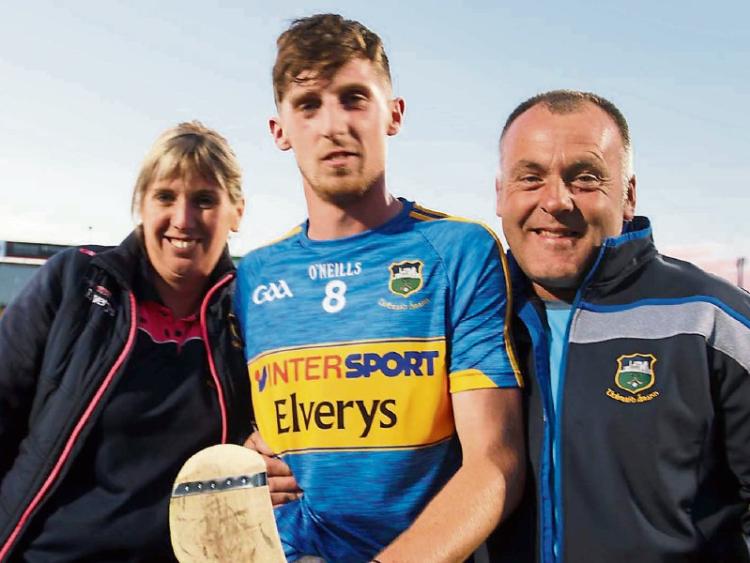 Tipperary's Ger Browne, pictured here with his parents Catherine and Ger, has been chosen on the Bord Gais Energy U-21 Hurling team of the Year, and nominated for the Player of the Year award

Five Tipperary players have been chosen on the 2018 Bord Gáis Energy U-21 Hurling Team of the Year.

Cork, the team that Tipperary beat in the All-Ireland Final, lead the way with the highest number of representatives on this year’s selection, with six players honoured.

The Tipp players chosen are Killian O’Dwyer, Brian McGrath, Robert Byrne, Ger Browne and Jake Morris, while Browne and Morris have been nominated for the Player of the Year award.

The Rebel County were comfortable winners against Tipperary in the U-21 Munster Championship Final, but were eventually beaten when the two counties met again in the All-Ireland decider last August.

Galway and Wexford, both of whom contested the All-Ireland semi-finals, have two players apiece to complete the line-up.

The Bord Gáis Energy Player of the Year Nominees are