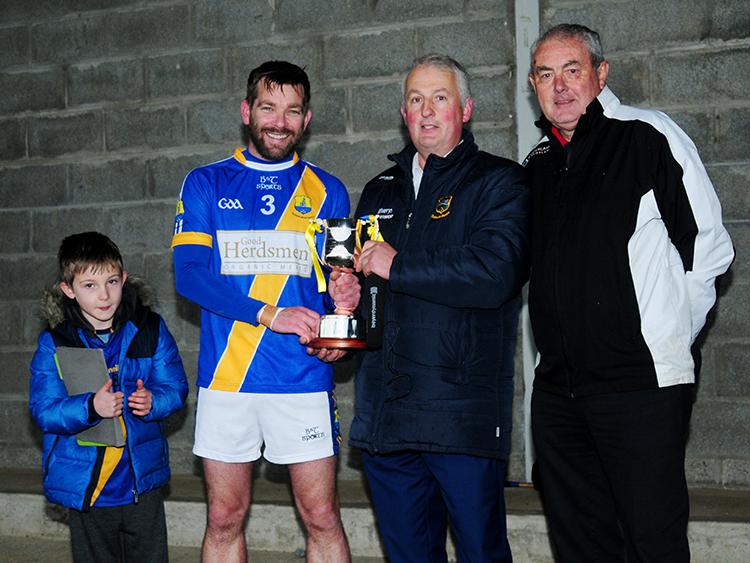 Boherlahan-Dualla completed a great county junior hurling double when their B team proved far too strong for Mullinahone in the final of the Tipperary Water County Junior B Hurling Championship at Littleton on Saturday.

The year just keeps getting better and better for the Mid Tipperary champions both on and off the field. And, now both junior sides have the opportunity to taste provincial club action and who would rule against them adding further honours before the year is out. Just last week the club’s first team claimed the county junior A hurling championship while Saturday’s victory in the junior B decider completed an eye-catching double.

Much was expected of this county junior B hurling final encounter, but it failed to live up to expectations as Mullinahone never really got going and while they will justifiably argue that their efforts deserved better than a nineteen-point defeat, it is doubtful that even at their best they would have overcome this Boherlahan-Dualla outfit.

Boherlahan-Dualla fielded a very experienced side in this B final, one that would get its change out of most of the A teams and from the moment that John Hayes finished a Brian Horgan delivery to the net in the third minute they looked the likely winners.

Mullinahone’s challenge was not helped by a couple of glaring goal chances missed and they were trailing 0-3 to 1-10 when Boherlahan hit them with a second goal from John Hayes in first half injury time after Brian Maher and Darragh Kenned had done the initial spadework.

How badly Mullinahone needed scores from those missed chances as they went in at half-time trailing 0-3 to 2-11. It was very hard to see a way back for them and a reflection of their concern was the introduction of three subs at the interval.

Another missed goal chance two minutes into the second half did not help the Mullinahone cause and they were severely punished shortly afterwards when John Walsh bagged Boherlahan-Dualls’s third goal for a 3-13 to 0-4 lead.

Most definitely there was no way back for Mullinahone now, but, to their credit, they never gave up with three points in six minutes confirming the spirit in the team. But it was all to no avail as Boherlahan-Dualla coasted to the finish and enjoyed the luxury of being able to empty the subs bench with no danger of being caught.

The margin of this win left no room for speculation. Boherlahan-Dualla were the masters all the way with a side brimming with talent not normally associated with this grade. William Hickey was the key man in attack with eleven points, but John Hayes and Brian Maher were also to the fore. Further back Darragh Kennedy, Séamus Hickey and Michael O’Sullivan had big games.

Mullianhone will feel they did not do themselves justice and it was a disappointing end to what had been an encouraging campaign for them. Their failure to take goal chances when they presented themselves was a big drawback and sapped their confidence, but no one could question their commitment with Gary Cronin, Kyran Vaughan, Cathal Horan, Darragh Kelly and goalie Brendan Kearney doing well. Their half-time substitutes also improved things without ever threatening to upset the march of the champions elect.

The Boherlahan-Dualla panel of players pictured following their win over Mullinahone in the final of the Tipperary Water County Junior B Hurling Championship. Photo: Eamonn McGee