Great second half from Premier ladies 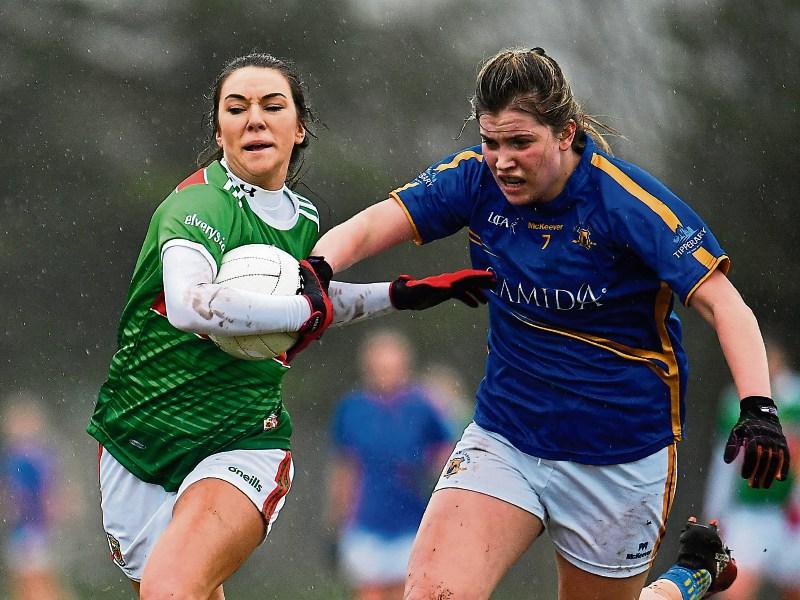 This was certainly a match which fitted all the criteria of the old adage – ‘A game of two halves.’

In the opening half in Swinford, Tipperary were given a tough baptism in the top tier when a rampant Mayo side cut them apart and led 2-9 to 0-4 at the interval, but the Premier women were almost totally dominant after the restart and were somewhat unlucky not to be even closer at the final whistle.

The home side began like a run-away train and blasted home two goals in the opening six minutes courtesy of Grace Kelly and impressive full-forward Rachel Kearns.

Tipperary tried to stem the tide with Aishling Moloney trying hard at centre-half-forward but Mayo were playing with great vim and vigour all over the pitch and kicked scores for fun.

Kearns began impressively on the edge of the square for Mayo while Kathryn Sullivan impressed at wing-back. Sinead Cafferky, Emma Needham, Nicola O’Malley, Fiona Doherty and Roisin Flynn were also prominent for the home side who were cruising at the break.

However, the second half was a completely different matter. Mayo centre-half-back sustained a facial injury early in the new half and that seemed to derail the home side somewhat.

Tipp seized the initiative and led by Moloney, Elaine Fitzpatrick and Caitlin Kennedy, they poured forward.

Moloney was their main scoring threat but Niamh Lonergan, Roisin Howard, Angela McGuigan, Ava Fennessy and Kennedy all chipped in and they might have had goals too but for the acrobatics of Mayo stopper, Laura Brennan.

The home side were pinned back for long periods but broke out to land points from Kearns and Roisin Durkin before the end to seal the deal and get them off the mark despite enduring a bit of a fright.