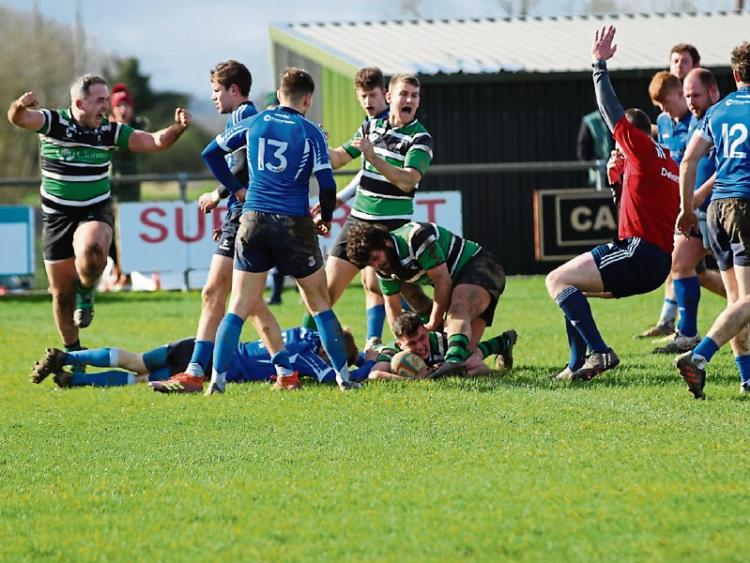 While Bandon couldn’t have won the league if they beat Clonmel on Sunday last,  Newcastle West would have claimed the Munster Junior League title if the Cork team won. Bandon had nothing to lose and that always makes for dangerous opposition, but Clonmel dealt with it in a cool and collected manner.

Both sides enjoyed attacking spells early on, battling it out between the two 22s. Bandon missed an early penalty, so Clonmel put the first points on the board after 20 minutes. Dylan Cadogan took the ball off the back of a maul, sold a dummy, and sniped over for the first try. Darren Cass added the extras.

Clonmel outmuscled Bandon in many aspects of the match, notably in the scrums, which they dominated, and in the way they contested every ruck ferociously. This physicality was put into points just before half-time when Eddie Phelan got onto the end of a rolling maul and pushed Clonmel into a more comfortable, 14-point lead going into the break.

Clonmel were deservedly in front after a stellar first half, but Bandon started to turn the screw  at the start of the second period. They upped their game and tempo until eventually Clonmel cracked and Bandon got in for their first and only try, which was converted.

Clonmel re-took control after this, though, extending their lead to 10 points after a Darren Cass penalty. Clonmel saw out the rest of the match relatively comfortably. 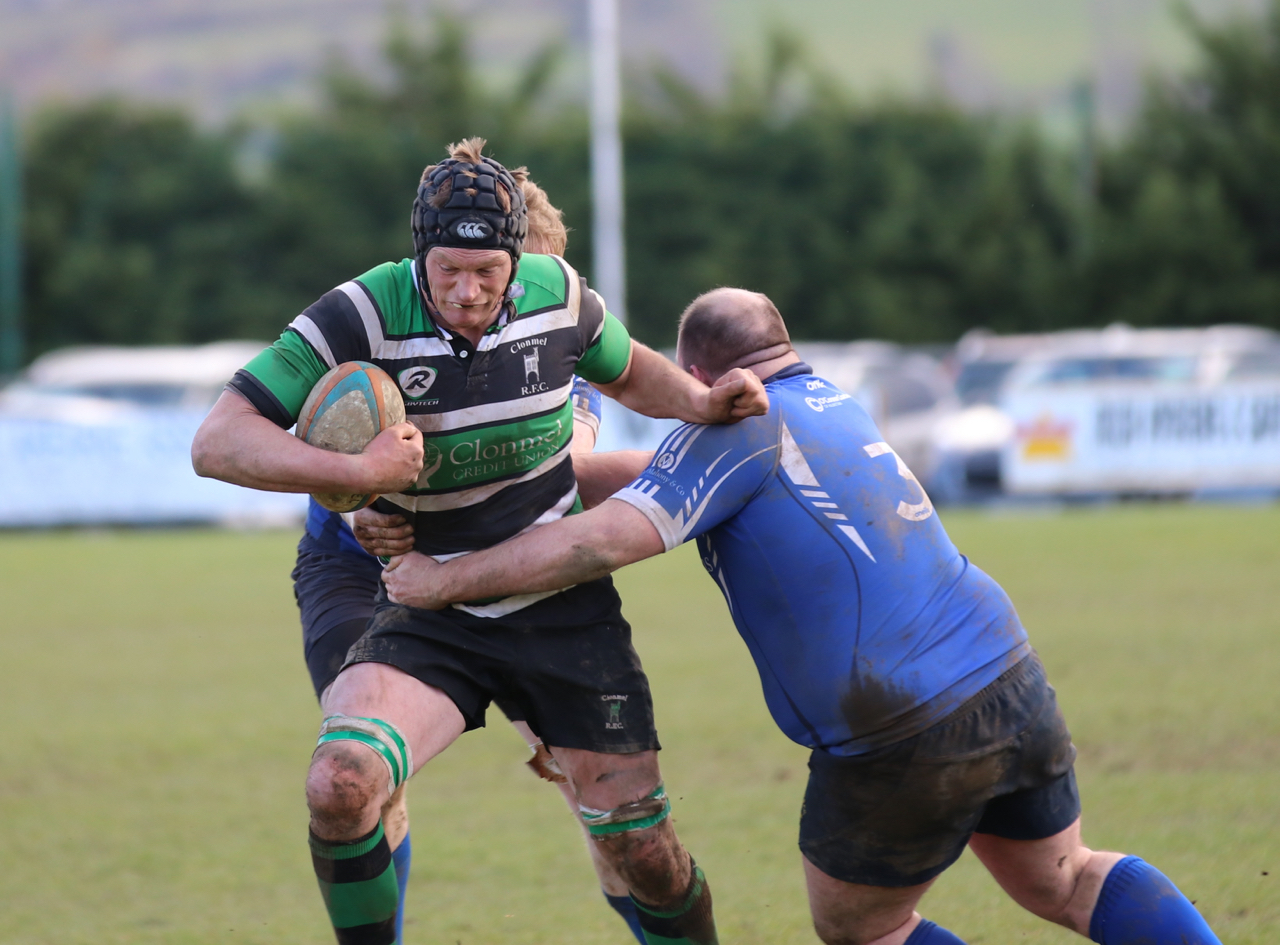 Neville Melbourne, ball in hand, breaks past the challenge of the Bandon prop forward.

Clonmel have had a very successful campaign this year, losing one game in the entire league.

They will play against the winners of the other three provinces in a round robin, the winner of which will go senior next year. Congratulations to everyone involved with the team on their well-deserved success.